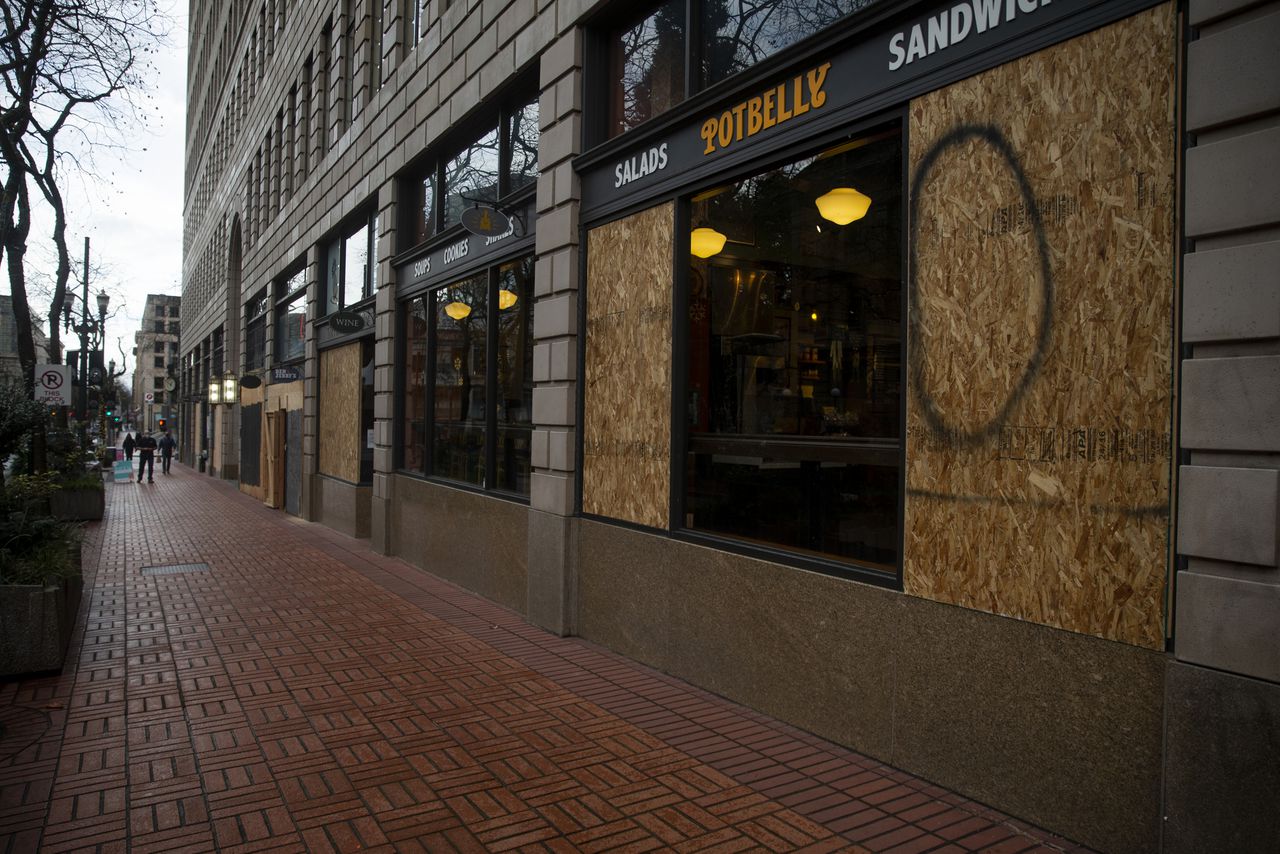 Plywood has been covering the outside of Flowers Tommy Luke since May 30, when rioters smashed the florist’s window in downtown Portland.

Owner Louella Scott wanted to replace the window at the time, but decided to wait after learning that the repairs would cost $ 1,200. It wasn’t worth it for her to get insurance as she has a $ 1,000 deductible and was concerned about spending the money on repairing the damage last summer when nighttime protests consumed downtown Portland – and the risk of further damage brought with it.

Now, nearly 10 months after first boarding, Scott is finally looking forward to replacing the broken window and taking the plywood down, thanks to a grant from the Rose City Downtown Collective, a coalition of nearly 300 business leaders who joined forces last December to for them to stand up for downtown Portland.

The group recently launched a crowdfunding campaign to raise money to help downtown business owners repair broken windows and other vandalism. They had hoped to raise $ 2,500, but ended up getting over $ 22,000. This has enabled the group to provide $ 1,000 microgrants to 22 downtown companies, including Flowers Tommy Luke.

“It’s really a blessing to get this,” said Scott. “I’m excited to get the boards off the ground and I can do that now with this grant.”

The protests went on almost every night last summer. While many were peaceful, there were frequent clashes between protesters and law enforcement officers in federal court, and frequent vandalism, including graffiti, breaking windows, and burning rubble and dumpsters.

These protests have now resolved, but there have still been several protests-related cases of vandalism in recent months. Two people were arrested last weekend for breaking windows at several companies during a march in Pearl District.

Window smashing wasn’t just confined to downtown or the path of the protests. Vandalism and break-ins have risen sharply across Portland since the pandemic began.

Jim Middaugh, a spokesman for Mayor Ted Wheeler, said the city set up a $ 550,000 fund last fall to help businesses repair broken windows and other damage. The money went to about 150 companies across the city before the funds ran out, leaving many damaged companies without support.

This prompted the Rose City Downtown Collective to raise funds of its own to support companies that are still working to repair broken windows and clean up damage. These grants allowed some to finally start dismantling boards, which the city and business groups see as critical to downtown recovery.

The group is already in the process of raising additional money for a separate fund to help companies clean up graffiti and related damage, and has worked with the city to organize a city-wide cleanup.

“The bigger problem is that the scope of the problem is too large for a company to address,” said Vanessa Sturgeon, CEO of TMT Development and spokeswoman for the Rose City Downtown Collective. “We are confident that we will find some solutions in the future, but it will take a community-based effort. The city is unable to cope with the severity of the problem. “

Still, some business owners say Mayor Ted Wheeler and the Portland City Council could do a lot more to revitalize downtown and help businesses recover.

Michael Fredrickson owns Michael Allen’s, an upscale clothing store in downtown. He’s had plywood in his shop since the windows were smashed during the May 30 riot. Fredrickson said his insurance company paid for some damage the store sustained that night, but he had to fork over over $ 6,000 to mend several broken windows alone. He will receive a $ 1,000 microgrant from the Rose City Downtown Collective, which will help cover part of these costs.

But Fredrickson said he doesn’t think city officials, the police or Multnomah District Attorney Mike Schmidt have done enough to prevent vandalism or arrest and prosecute people who used protests as cover for damage to businesses. Fredrickson said he has no plans to take the plywood out of his store until he sees the city doing more to support local traders.

The Rose City Downtown Collective plans to come up with a downtown action plan later this month, with initiatives to be taken up by the Portland City Council and other elected officials.

According to a draft of the plan, the group will urge elected officials to find compassionate solutions for the Portland homeless, clean up the city streets, create a supportive environment for peaceful protests, and provide funding to reopen businesses that focus on those downtown, make downtown a safe place for businesses, residents and consumers, and arrest and prosecute people who destroy property.

“We see it as a letter campaign,” said Evie Smith, organizer of the collective, “to really channel some of people’s frustrations while making it clear what can help downtown now.”