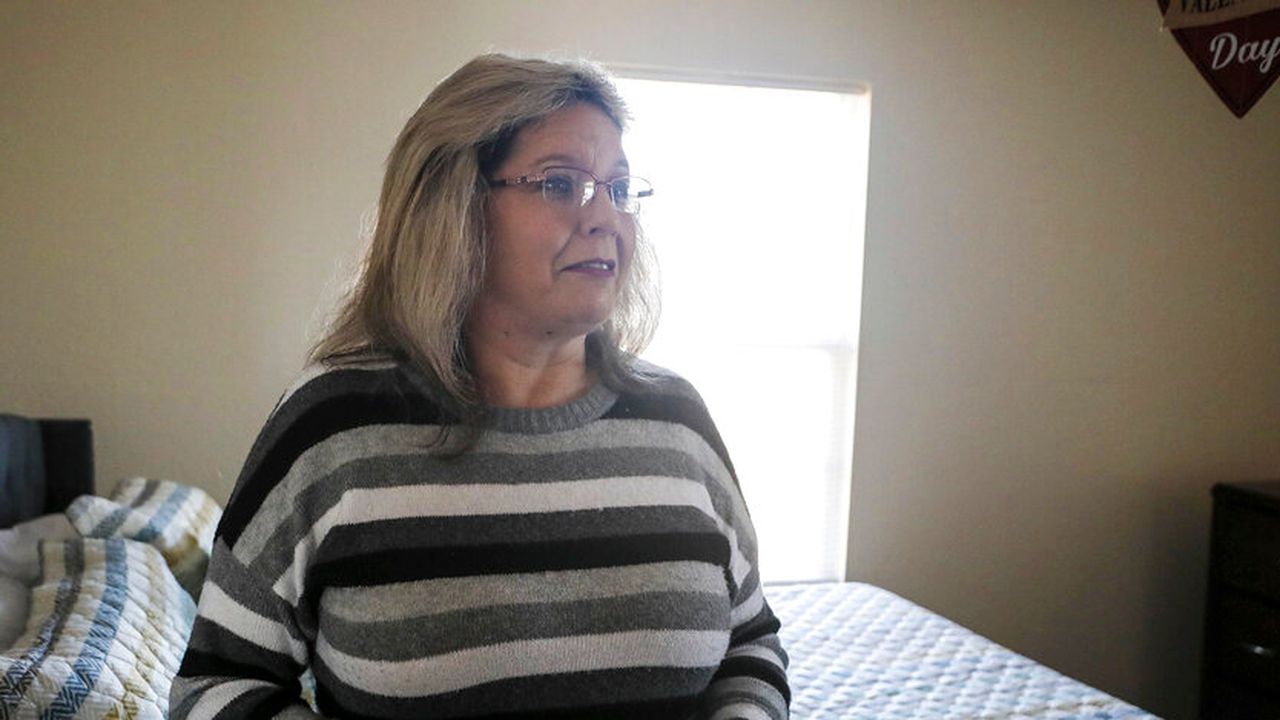 BEAUREGARD (AP) – Carol Dean has a new house. It’s not the one she shared with her late Road Dog, but she’s sure he’s there at least in spirit.

Road Dog was her husband David, who was killed in the tornado that struck Beauregard on March 3, 2019. The house they shared was destroyed, and the Fuller Center built her new one in the same location. She and Fuller unveiled the brand new, bright, two-bedroom home on March 3rd – two years to the day she lost that old place and the Road Dog.

Dean loves the new house she’s moving into, but she also loves the old one.

“Because he was there, I thought I was living in a mansion,” said Dean.

Carol Dean was working at the Auburn Walmart on that fateful day while Road Dog – a nickname he earned for his love of roaring his motorcycle around Beauregard – was waiting for her at home when the tornado landed at 38 and 721 Lee Roads and everything flattened insight.

“He was the most wonderful man you could ever meet,” said Dean, fighting a tear. “He would get up and give you the shirt off his back.”

Dean moved in with one of their sons and eventually got in touch with MEND – the Lee County Long Term Recovery Group – and the Chattahoochee Fuller Center, a Christ-based nonprofit that builds homes for low-income families and others like Carol, who lost their homes to natural disasters.

“The whole idea of ​​MEND was to get people back to health as much as possible,” said Laura Eason, the East Alabama Medical Center chaplain who helped lead the recovery effort in Lee County. “One of the family members who lost their grandson this morning said to me, ‘You know, the tragedy was for the whole community, but for us personally – those who actually lost a loved one in the tornado – the pain is and the grief in person ;; this is theirs. ‘”

A memorial to David “Road Dog” Dean stands in the courtyard of his wife Carol Dean’s new home on Wednesday March 3, 2021 in Beauregard, Ala. Dean was killed in an EF-4 tornado on March 3, 2019. (Sara Palczewski / Opelika-Auburn News via AP)AP

Usually projects like Carols get an army of volunteers to descend on the land and build a house within 1-2 weeks. However, thanks to COVID-19, her home took more than nine months to complete. Fuller officials hired local contractors to carry out the work because they feared a construction site filled with volunteers could turn into a superspreader event.

It was worth the wait, said Dean. The furnished interior is painted bright white to take advantage of the sunlight falling through large windows at opposite ends of the common area. The view from the front windows is a front yard that needs landscaping. From the rear windows you can see a moonscape showing the path of the tornado.

“We can’t imagine what it was like to lose a loved one in these terrible storms,” ​​Eason Dean told local media who gathered for the reveal. “A lot of people have lost houses and property and trees and the like, but it’s not like the grief of these people. A new home, as wonderful as it is, will never replace Road Dog … but hopefully this will be a fresh start for you. “

Dean was clearly touched by the outpouring of goodwill she received and she is sure that her husband’s spirit is still with her as she makes her fresh start.

“This is a beautiful place,” said Dean. “Right now I think it’s a house, but one day I hope to call it a home. Road Dog is the one who made the old place home. “