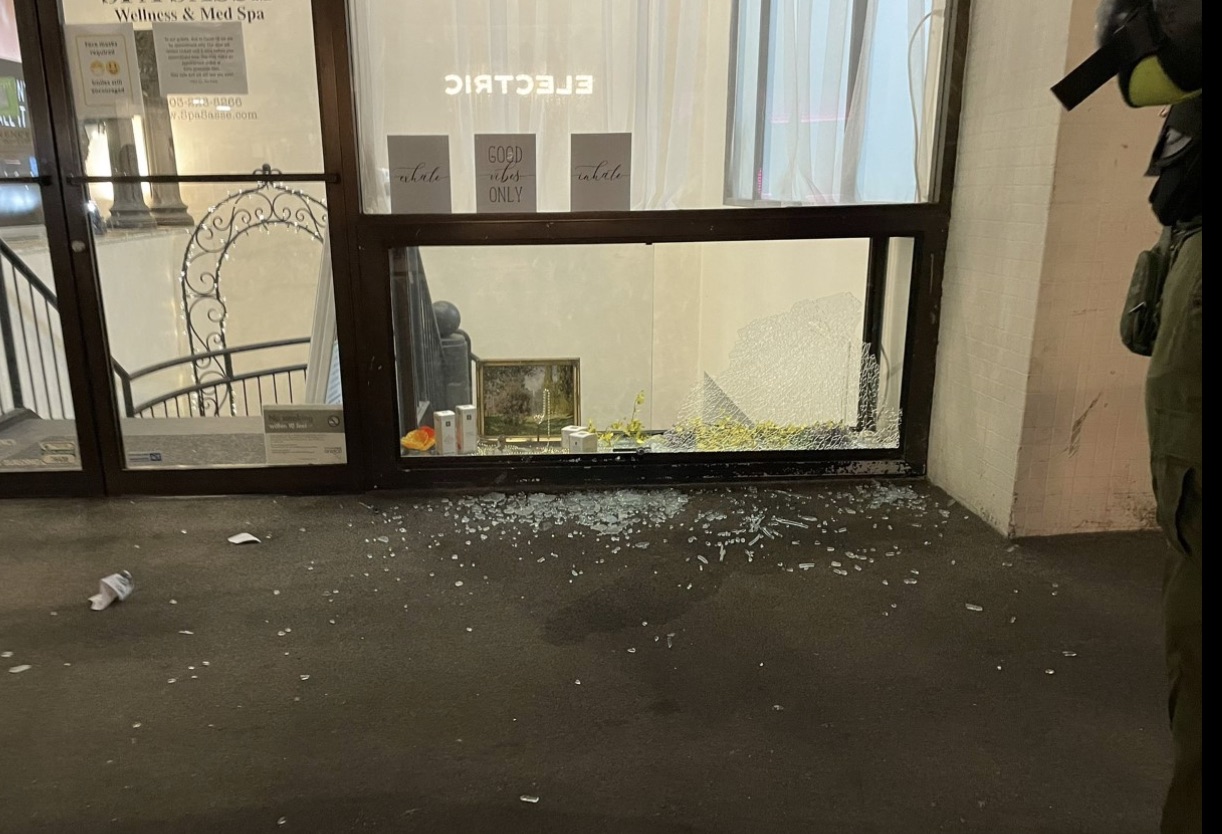 Business owners left to clean up after May Day riot

PORTLAND, Ore. (KOIN) — Spa Sasse’ Manager Michelle Moore tries to stay optimistic but said she is frustrated with what the COVID-19 pandemic and frequent destructive demonstrations have done for business.

The spa’s display case window was smashed again for the second time Saturday night during a May Day demonstration that later turned into a riot.

Similar demonstrations have been happening for months in Portland with some people vandalizing buildings and setting fires near Portland Police precincts and other businesses across the city.

Moore said she supports the peaceful demonstrations that happened earlier in the day on Saturday, but she is not in favor of destruction.

“They’re violent and I’m not ok with it and I feel like the police don’t have the proper resources or the time to take care of that, ” she said.

On top of the broken windows, Moore said they also had a break-in and theft this year. Now they lock their doors at all times, even during the day.

“I shouldn’t have to replace windows, that’s something that (shouldn’t) be happening in downtown Portland,” she said. “It’s not something I think of as being regular.”

Moore said getting customers to come downtown has been tough because of everything that’s happened.

“I don’t think it’s going to get better yet,” she said. ‘I think we haven’t seen the last of it, so, unfortunately … we’re just staying vigilant, just trying to stay open and stay welcoming.”