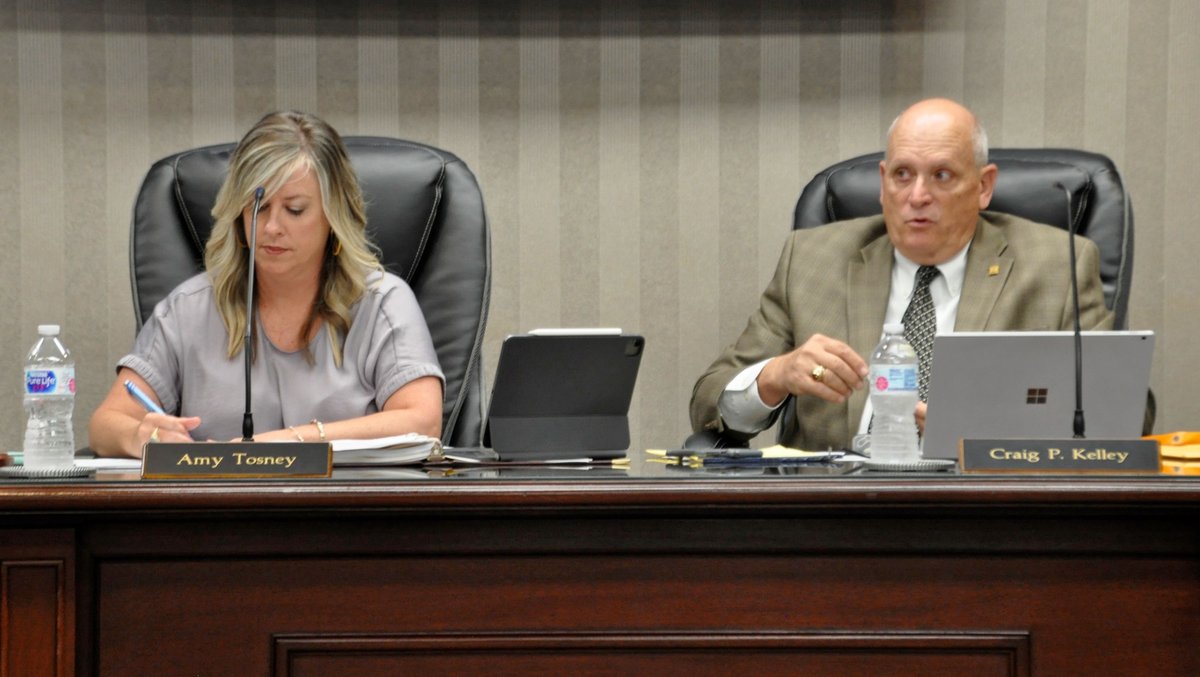 The Hoover school board plans to spend more than $98 million on capital projects over the next seven years, including two new elementary schools, a 10-classroom addition at Bluff Park Elementary, theater and athletic upgrades, 24 new buses and a host of capital maintenance projects, according to a plan approved by the board.

The capital spending would pull the school system’s reserves down by more than $50 million, according to Chief Financial Officer Michele McCay.

The school board expects to end the current fiscal year with $99 million in reserves, so unless some additional revenue sources are found, it’s likely the reserve fund would fall to roughly $49 million by the end of fiscal 2028 if expenses go as projected.

The problem is that the school system is expected to drop below five months’ worth of reserves in about three years, she said.

In the past, school officials have been good financial managers, not having to borrow additional money since 2007, but “we’re coming to the point where we have to make some pretty tough decisions,” McCay said.

The school system expects to end this fiscal year with $153 million worth of debt and should be able to make payments on that debt with recurring revenues, but “we need to come up with additional sources of revenue in order to maintain the infrastructure that we have and provide the services that our citizens and our students deserve,” she said.

That’s especially true because sales and income tax revenues are vulnerable, and even the value of commercial property could drop as brick-and-mortar businesses and the office market face difficult times, McCay said.

The school system has to find money for additional land, buildings, furniture and fixtures, utilities, food, buses, fuel, teachers and staff to serve all these students, McCay said.

USS Real Estate has agreed to donate 100 acres to the Hoover Board of Education on land currently just outside the Hoover city limits off Alabama 150, next to Lake Cyrus, but school officials still would have to pay for construction and operational costs for any new school that would go there.

School officials have not specified what type of school might go there, but the capital plan approved identifies the need for two new elementary schools somewhere. School board President Amy Tosney said she expects one of the elementary schools would go in the new Everlee community to be built between Lake Cyrus and Ross Bridge.

“I don’t think there’s any question, if we take on two new elementary schools over the next few years, we’re going to have to have additional revenue to offset the loss of revenue that’s coming up sales taxes,” school board member Craig Kelley said. Currently, Hoover residents can vote to raise their property taxes by only 2.4 mills before reaching the maximum of 75 mills allowed by state law, but it’s going to take 10-12 additional mills to raise the additional $16 million a year that the Hoover school system likely will need to meet growth demands, Kelley said.

The city likely will need a statewide referendum to accomplish that, and Homewood was not successful in accomplishing a similar effort a couple of years ago, he said.

Kelley said he would like to see the city of Hoover return to its practice of giving building permit fees to the school system on top of other city allocations instead of as a part of an overall $5 million cash contribution per year.

Whenever a new high school is built, she doesn’t think Hoover can have another 7A high school, but she believes there is still room to accommodate more growth at Hoover High for now, especially with some students taking classes at the Riverchase Career Connection Center, she said.

Here is a breakdown of planned capital expenses over the next seven years, by year: