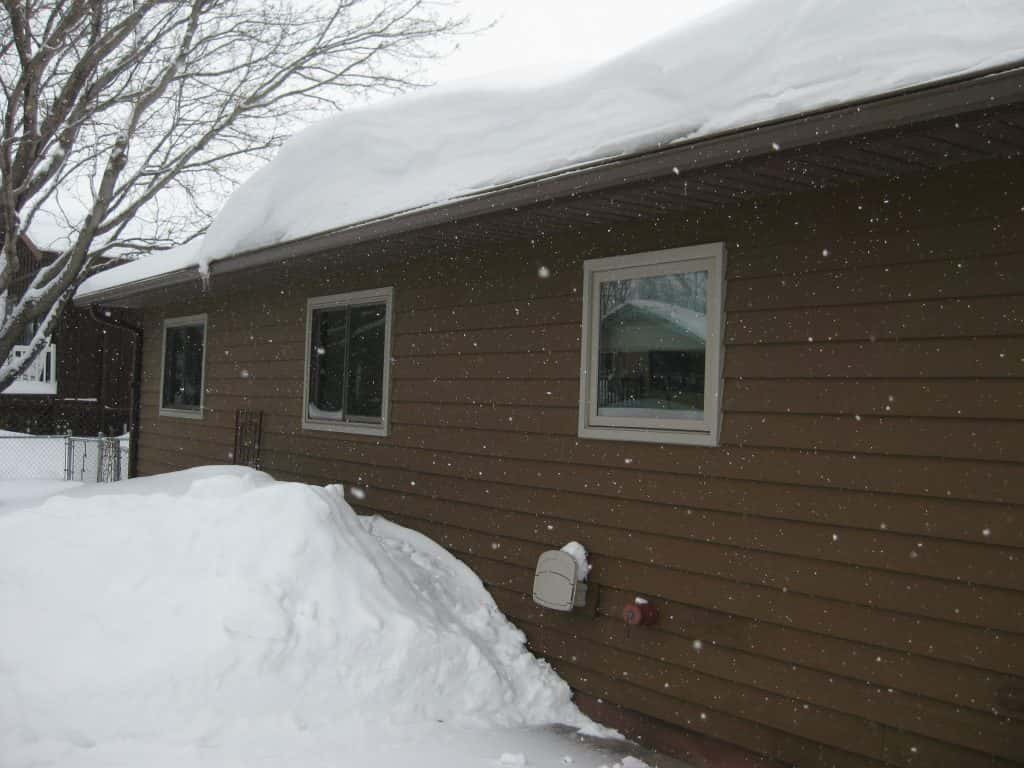 Most roofs are designed for the snow load of a typical winter. (NDSU photo)

FARGO, ND (NDSU expansion) – Due to the heavy snowfall this winter, people are wondering if they need to remove snow from the roof of their home or farm building.

“Most roofs are designed to withstand the snow load of a typical winter,” says Ken Hellevang, agricultural engineer at North Dakota State University Extension. “Just because a roof has fallen doesn’t mean that every roof in the area is in danger. The breakdown could be due to poor workmanship or design, unusual amounts of snow, or other special circumstances. “

Most house roofs in east and north North Dakota should hold 30 to 40 pounds of snow per square foot, according to Hellevang. In the southwestern part of the state, where snowfall is usually lighter, roofs are built to hold less – around 30 pounds per square foot.

“Agricultural buildings are usually not designed to the same standards,” says Hellevang. “That’s because the risk of damage or injury from collapse is estimated to be lower.”

Farm buildings should carry 20 to 35 pounds of snow per square foot, depending on their location. However, farm buildings typically do not need to be built for a specific snow load and may have been built for a smaller amount of snow.

Snow load standards may also not have been in place when older homes and buildings were erected, but if those buildings stand the test of time, they will likely withstand normal winter snow loads, Hellevang says.

It can be difficult to determine if the snow load is too heavy on your roof.

If there’s more than a few feet of compacted snow on the roof, the load can be excessive, he adds.

He urges people to monitor the roof for deep drifts caused by surrounding buildings or trees. Roofs with more than one level often accumulate deep drifts, but these roofs should have been built to carry this additional load.

Ultimately, however, the decision to shovel a roof will be based on an educated guess, unless you can get a recommendation from an engineer or construction officer, says Hellevang.

He recommends home and farm growers review their insurance policy as roof failure due to snow is not covered in all policies.

Anyone who decides to shovel from the roof must bear in mind that snow and ice can make the work dangerous. Agricultural buildings with metal roofs can be particularly treacherous, and power lines can be an added hazard.

Ladders can slide easily on frozen ground, so they must be anchored in some way.

Shoes can also slide easily on the ladder and roof. Choose shoes that offer good support in cold weather. People who are not agile and do not enjoy working on the roof should hire someone to remove the snow.

“They can also damage your roof,” says Hellevang. “Cold temperatures make shingles brittle and break more easily. You are also more likely to remove many of the small pebbles from the surface of the shingles, which will shorten the life of your roof. “

Hellevang recommends using a roof rake that a person can use to remove snow while standing on the ground.

Some snow rakes have rollers that hold the rake directly above the shingle. If you are using a shovel, be careful not to hit the shingles and shovel down the roof in the direction the shingles are facing.