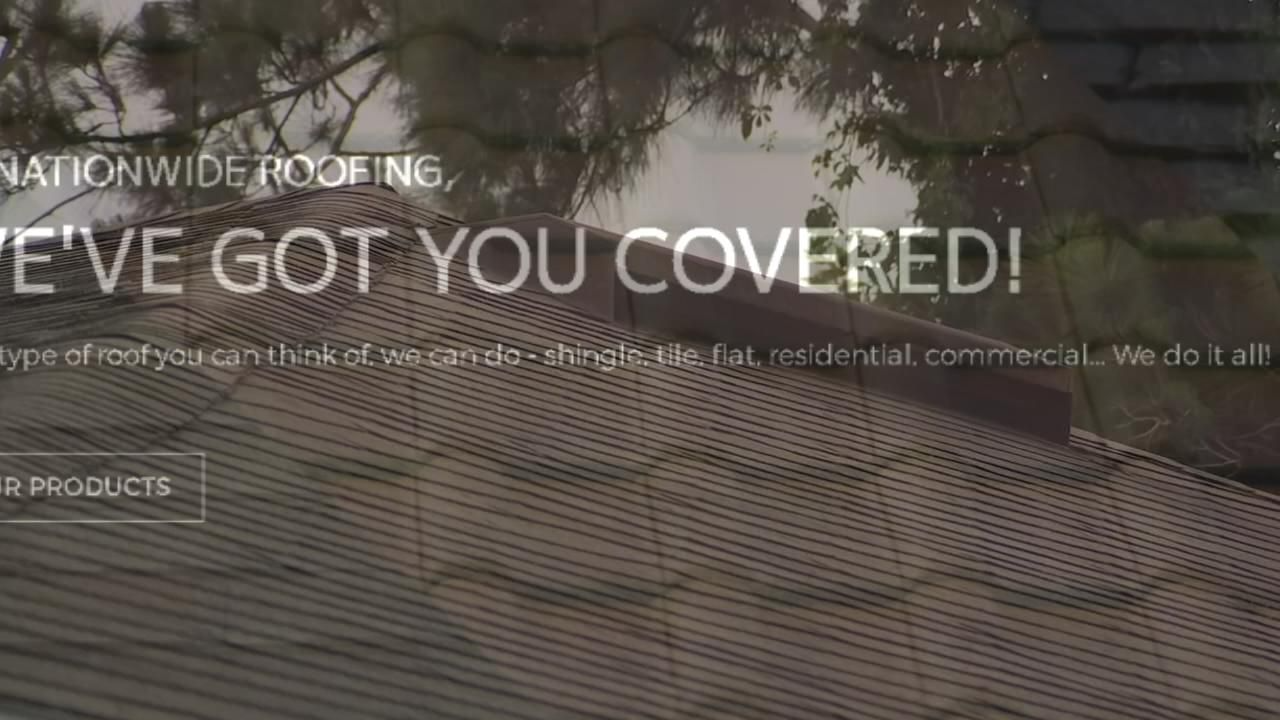 ORLANDO, Fla. — A warning from Action 9 to homeowners scrambling for new roofs before the peak of hurricane season.

A Winter Garden man claims he just lost thousands on a risky contract and never even got the new roof.

Ulises Alvarado faces another hurricane season with a damaged roof. He says that months ago, a local roofing contractor promised that would not happen.

Alvarado said he was told, “‘We’re going to take care of it. You won’t have to pay a dime.’”

READ: Murder suspect turns himself in after being wrongfully released in Osceola County

He claims a salesman from Nationwide Roofing said his company would handle the insurance claim and Alvarado wouldn’t even have to pay the deductible.

“‘We’ll give you a sign to advertise our company and we’ll take care of that,’” Alvarado said.

When the claim was first denied, the roofing contractor sent a public adjuster to make Alvarado’s case. He says the first time he met the adjuster was at his front door, after the claim was settled for $18,000.

“‘I need you to endorse it so I can get my fees out of the check’ and I’m like ‘woah, I don’t even know who you are, buddy,’” Alvarado said.

Then, Alvarado says, Nationwide told him he still had to pay $5,000 more than the settlement plus the deductible.

READ: ‘I never dreamed that it could just be erased in a day’: Hacked Facebook accounts can be costly for victims

He asked another roofing contractor for an estimate and was told it would cost far less for a new roof.

The original contract was supposed to save Alvarado money but would now cost him thousands more. Then he discovered the cost to cancel.

Nationwide Roofing is rated A-plus by the Better Business Bureau because it works to resolve complaints, but other consumers say it took over control of their claims and big problems followed. The company has had 15 complaints in three years with the BBB. One consumer claims they signed with Nationwide Roofing over two years ago, they never got a new roof and say the company is holding on to their insurance money. Another consumer is disputing a cancellation fee and claims they were never given any documents showing estimates or scope of work.

Insurance expert Tom Cotton warns against any offers to pay your insurance deductibles.

“That should be the first thing that raises suspicion is they’re making a promise they can’t keep,” Cotton said.

Florida has restricted Assignment of Benefits contracts, but the agreement Alvarado signed gave the contractor control over the insurance.

Nationwide Roofing told Todd Ulrich it never waives deductibles, that its contract terms and cancellation fees are fully disclosed, and that Alvarado refused to allow Nationwide to complete its contract.

Alvarado is disputing the cancellation fee and looking for a new contractor.

Bottom line: if any roof contractor says you don’t have to pay an insurance deductible, show them the door.

In his contract, Mr. Alvarado agreed that Nationwide’s estimate would set the contract price between himself and Nationwide, and that if his insurance company agreed to the scope of work in the estimate, Nationwide would perform the work for the price the insurance company agreed to pay. The contract also provided that Mr. Alvarado had three days to cancel without penalty or recourse, after which, if he cancelled, Nationwide would be entitled to 20% of the estimate amount.

Up to this point, Mr. Alvarado cooperated Swift’s and Nationwide Roofing’s efforts to obtain an insurance recovery and re-roof his home. However, after learning of Swift’s $23,000 recovery, Mr. Alvarado’s tone and posture immediately shifted. Rather than being cooperative, for the first time, Mr. Alvarado acted confrontational, refusing to pay Swift or Nationwide and refusing to allow Nationwide to perform its agreed-upon work.