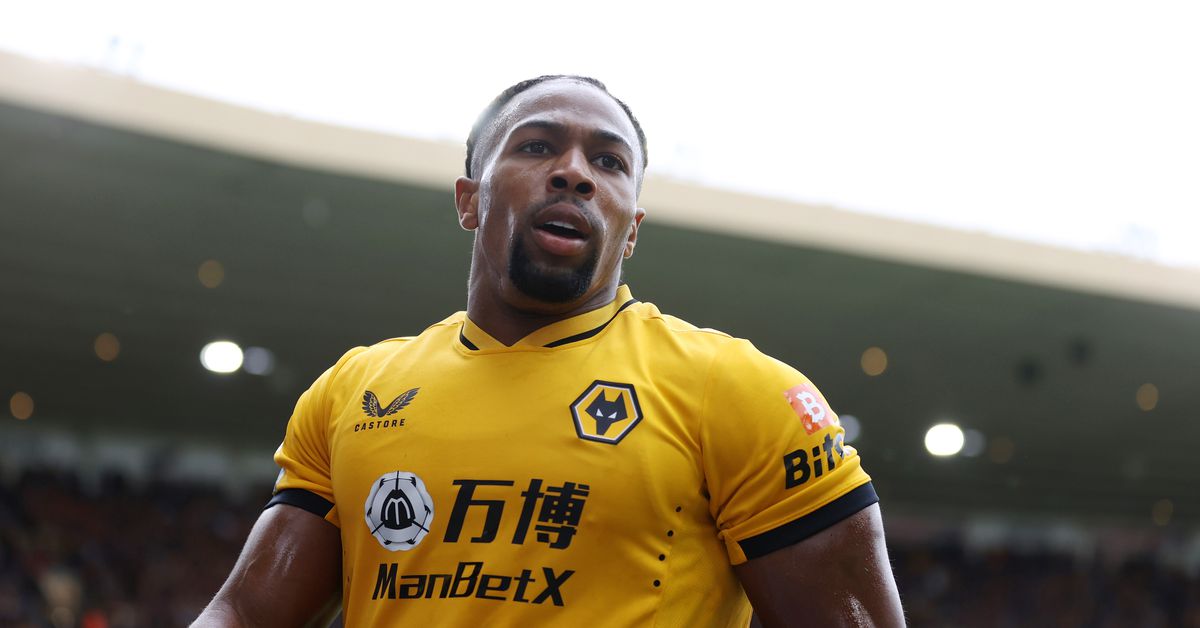 Remember how Adama Traore pretty much dominated the match between Tottenham Hotspur and Wolverhampton Wanderers at Molineux yesterday, despite Spurs holding on for a 1-0 win? Well, if Fabio Paratici has his way by next week he will be lining up FOR Spurs and not against them. Multiple reports including the Athletic and Matt Law in the Telegraph state that Traore has emerged as a priority signing for Tottenham in the last week of the summer transfer window.

Law suggests that Spurs are looking to bring in Traore on loan with a future obligation to buy, while others are hinting it might be an outright purchase. The total cost to bring him in from Wolves could end up being around £40m.

One thing we know about Nuno Espirito Santo’s time at Wolves is that he friggin’ LOVES Adama. You can understand why! When Traore is on his game, the dude is nearly unplayable. Traore is obviously a huge physical presence on the pitch and has been a very good outlet for ball progression on the wing for Wolves over the past couple of seasons. The knock on Traore has always been his end product, though you can make an argument that with higher quality finishers around him like Son Heung-Min and (*cough*) Harry Kane that profligacy in front of goal might not be as impactful. Traore also has the ability to play both as a wide midfielder and as an offensively minded right back.

There are two obvious questions to ask about Traore. The first is how Nuno would expect to play with him in the side, and that’s a weird one! Lucas Moura and Bergwijn are still a thing. Combine that with Kane potentially returning to the team, and you either have Sonny dropping back to take up his usual wide attacker position or a change in shape to move Sonny to play alongside Kane in a 4-4-2. Either way, either Lucas or Bergwijn is set to lose out, unless Nuno sees Traore as more of a right wing back.

The other question is why, and ironically that might be a little easier to answer. One thing we’ve seen so far this season is that Spurs have had difficult progressing the ball through the midfield. With Nuno seemingly to prefer not to play through the middle of midfield, that progression has largely been down to the wide midfielders, Lucas and to a lesser degree Bergwijn. What you CAN say about Adama is that he’s a pretty good outlet for the ball on his flank. And even if he’s not generating goals, thus far this season he’s upping his xG output.

Finally, the possibility of signing Adama seems to signal, at least to me, that Spurs are pretty confident that they’re not going to be selling Kane to Manchester City. Prioritizing a guy like Traore probably doesn’t happen if you think you need to be focusing on bringing in a new #10 to replace the best striker in England that just you sold to the richest club in world football.

I’m kinda torn on this one. Adama is fun as hell, and there’s a part of me that thinks about the possibility of Adama coming to Spurs and starts grinning like that “Ha ha ha… YES!” guy from the sickos.jpg meme. And then there’s the other part of me that knows that this probably isn’t the best use of our limited funds, when there are still genuine holes in the side that could be addressed.

The possibility is either genuinely exciting or profoundly stupid. I’m not sure which one it is yet.