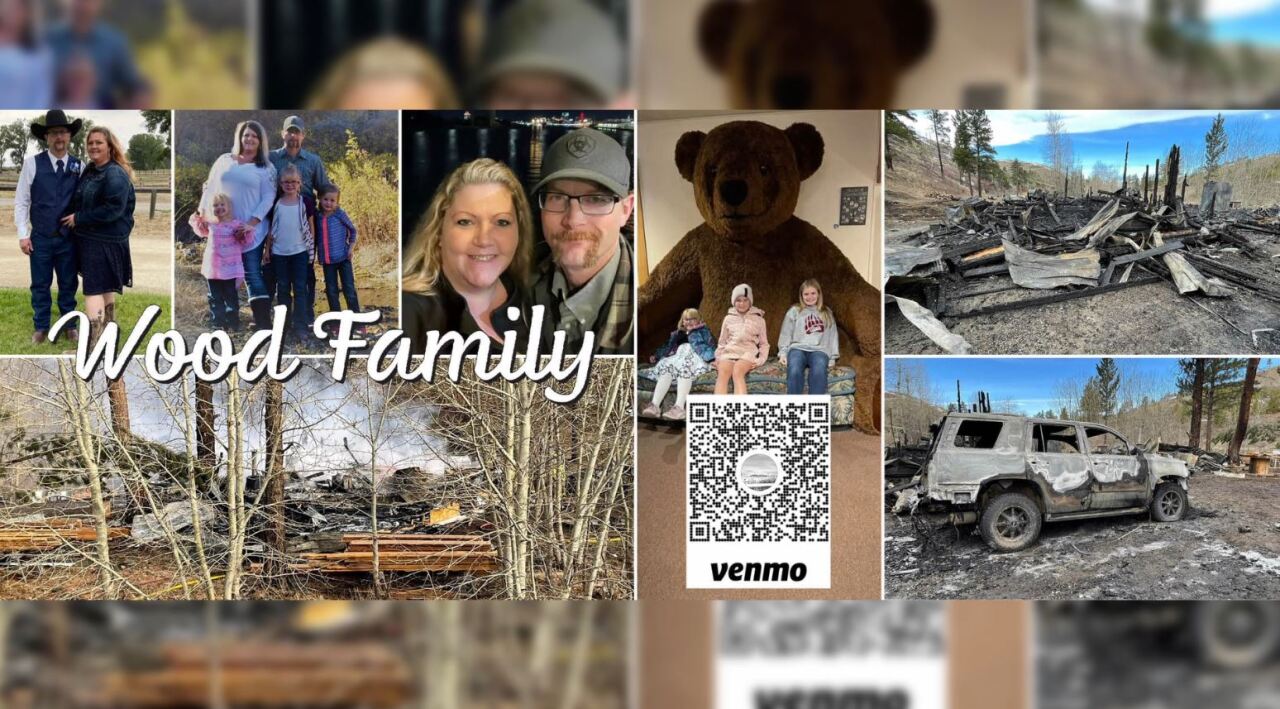 REED POINT — After losing their home, car, and dog in a devastating fire near Reed Point, the Wood family hopes to share an important message to homeowners after they found out their insurance doesn’t cover replacement.

“Defeated is my word, like I just feel defeated, like how do we rebuild our home,” said Brenda Wood, mother of three girls.

The Woods will never forget March 13, the day their house and car caught on fire. Now there’s nothing left.

“By the time I got over here, windows were blowing out of the house,” Wood said.

They also lost the newest addition to the family that night, their dog Loeki. Brenda’s husband, Brandon, tried his best to save her.

“Because when he got here, he couldn’t even open the door cause the pressure was so hard. We couldn’t save her,” said Wood.

They aren’t sure what caused the fire, and they’ll never know.

“When the investigators came out, there was nothing to investigate,” said Wood.

The biggest shock of all came after the devastation.

“We always knew we were insured, and we had just upped our insurance to cover the bigger side of our house and all of that,” said Wood.

However, they found out that they didn’t have replacement coverage that would have covered the cost of rebuilding. This discovery took Brenda, a Realtor, by surprise. Now she’s sharing her story, hoping it helps someone else.

“My recommendation is, know. Know your insurance, know your coverages. You think, you’re covered but you don’t think about rebuilding,” said Wood.

The family is now staying in an apartment in Big Timber, trying to figure out how to rebuild.

“Know that in a world when inflation is so high, and the cost of building is almost triple what it used to be, it’s devastating to think about how much it’s going to cost to replace what we had,” said Wood.

Their house was almost done with renovations when it went up in flames.

“We built this side, made it our home, and it’s hard to think it’s not here anymore,” Wood said.

However, the Woods are looking ahead and thankful for what they have, and are especially grateful for the community support.

“I can’t say that I would ever live in another community as great as what we’ve been shown,” Wood said.

A fundraiser is being thrown for the Woods at the High Horse Saloon in Billings on May 12. For more information, click this link.

If you would like to donate to the Wood family, you can scan the QR code in the picture below to contribute to them via Venmo.