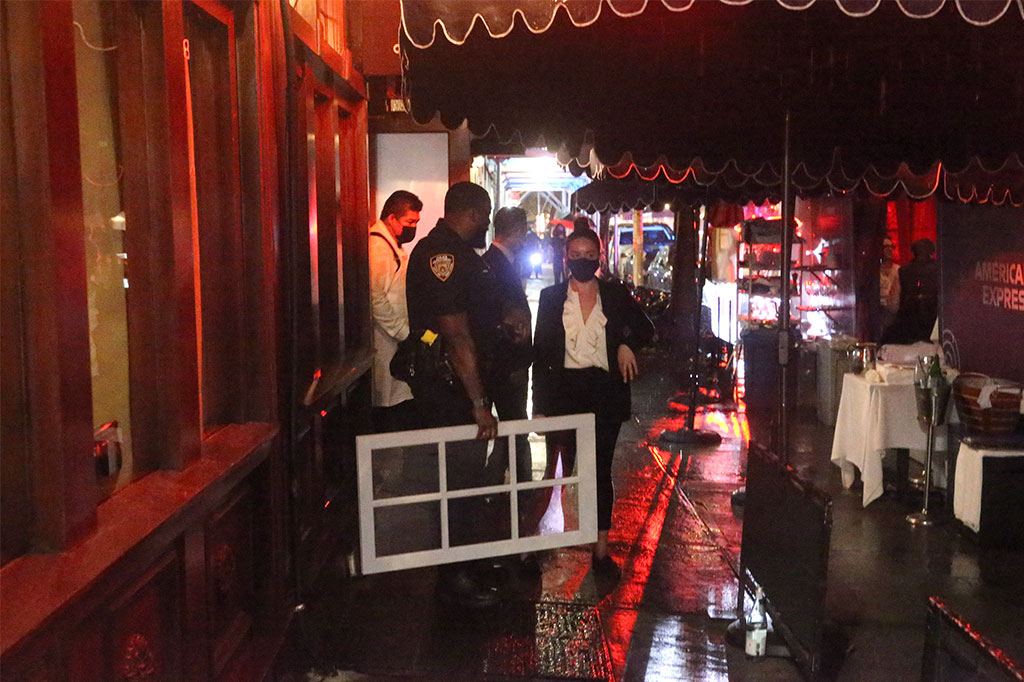 Police said they are investigating the vandalism to the outdoor dining structure of the Italian American hotspot that occurred as a group of demonstrators marched by at about 8:15 p.m.

One woman seated at an outdoor table suffered a cut to her shoulder, police and sources said. She refused medical attention at the scene.

The smashed window at Carbone in Greenwich Village on June 3, 2021.TwitterThe broken window getting replaced at Carbone.Elizabeth Rosner

The woman was among a party of about eight diners who were still at the table about two hours later as workers quickly replaced the shattered window with a new one.

Despite the scare, the group appeared to be in good spirits, sipping on red wine.

Thursday’s demonstration was part of the Stonewall Protests, which gathers weekly outside the iconic Greenwich Village bar to march around Manhattan.

Restaurant staff declined to comment on the vandalism, but the NYPD condemned it.

“Businesses throughout NYC are still recovering from the past year, purposely causing damage to their business is not helping any cause,” the department said in a statement posted to Twitter.

Police did not immediately announce any arrests or provide any suspect information. Officers at the restaurant were seen reviewing surveillance footage.