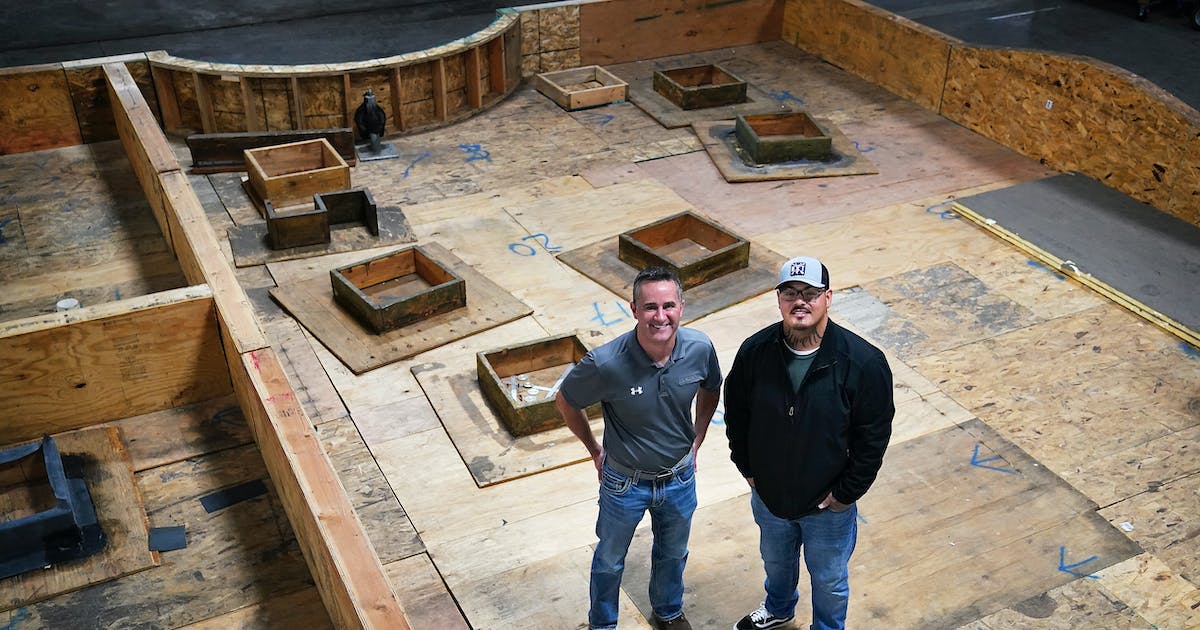 The Minnesota Corrections work release director used to get a call every few months from an employer looking to hire some of the 500 inmates leaving Minnesota jails, prisons and halfway houses each month. Now, the unit gets a call almost every week asking to spread the word about an open position.

“It’s just a dire shortage [of workers] and people looking to fill spots,” said Terry Byrne, director of the Work Release Program. “So our people are finding jobs quicker than in years past. And they are higher quality, better wages.”

Minnesota’s unemployment rate at 2.3% is the lowest since 1999, leaving employers dealing with the tightest job market in years. The state has 2.8 job openings for every available worker.

As a result, companies have raised pay and added benefits but also have tried to reach potential workers in places they have not looked in the past. Nearly 5,000 people exit the Minnesota criminal justice system each year, and most need a job.

New state, federal and Chamber of Commerce programs have emerged to help employers screen for this population and also address the risk of hiring former convicts.

“It’s really important for the business community to have a proactive and forward-leaning orientation during a time of true crisis as it relates to our workforce,” Steve Grove, commissioner of the Minnesota Department of Employment and Economic Development, recently told employers during a conference announcing a new statewide initiative designed to help employers tap non-traditional labor pools.

Traditionally, a few manufacturers and construction companies were open to hiring those with a criminal record. But state and nonprofit officials at a recent workforce conference said employers in the health care and hospitality sectors have hired from this pool for the first time.

“More employers are tapping into this specific labor pool because of the job shortages,” said Jeremiah Carter, program manager of Minnesota’s CareerForce jobs services program. “They are willing to explore hiring people with criminal backgrounds. It really is an untapped market and you will definitely get quality employees and individuals who are loyal if they are given the opportunity.”

Ernesto Sanchez, at Horizon Roofing in New Hope, was turned down for jobs so many times after his release from prison several years ago that he was desperate.

“When I called Ernesto and he talked about being turned down 17 times for jobs and was close to going back to gangbanging if we didn’t hire him, I got choked up,” said Horizon CEO and President Kurt Scepaniak.

Once on board, Sanchez didn’t disappoint. “I like him. He’s a good worker,” said Scepaniak noting that he has hired others with criminal records. “There’s no difference between workers with records and those without.”

When Horizon has suffered the occasional theft, it was never due to the guy who had a record, he said.

“They gave me a chance,” Sanchez said. “I am beyond grateful.”

After three years of 13-hour days, Sanchez won promotions, makes $32 an hour and can support his three kids.

Horizon has 120 workers, needs 30 more and works with the nonprofits Twin Cities Rise, Hired and Goodwill to develop a broader pipeline of job candidates to hire and train.

“We always encourage companies to not dismiss someone out of hand, especially if they have a nonviolent felony on their record,” she said. “A high percent of those happened when they were in active addition,” before they sought treatment.

To incentivize the hiring of past offenders, Minnesota is promoting several programs.

For one, there are federal tax credits available worth $2,400 per hire.

Also, the state recently received federal funds to publicize a little-known and free insurance policy worth $25,000 that protects employers against theft when they hire an ex-felon.

The fidelity insurance bonds have been available since 1966, but last year only three employers signed up for them, according to the state.

In total, the CareerForce program hopes to use $100,000 from the U.S. Department of Labor to place up to 800 job candidates with records into jobs with decent wages by 2026.

The bonds should appeal to small businesses that sometimes don’t carry enough insurance to chance any risks, Carter said.

Traci Tapani, co-owner of Wyoming Machine in Stacy, said the bonds are one way to remove a barrier for cautious employers.

“If tax credits or bonds help an employer take the leap, I’m all for it,” she said. “Hiring anyone is a bit of a leap of faith. For some candidates, the leap is a little bigger for the employer.”

The company in Wyoming, about 35 miles north of Minneapolis, has 50 workers and needs 10 more. Right now, about 10% of its workers have been in the criminal justice system — from serving a prison sentence to being on probation or ordered to attend classes by a court.

For Tapani, it’s taking into account a person’s whole history.

“You might encounter an employee who may have been out of the criminal justice system 20 years ago and never had a another issue, so don’t just lump everyone in the same situation,” said Tapani, who helps those in the corrections system prepare for job interviews.

Tapani pointed to one employee who now has a higher paying job at another firm. The former inmate thanked her for giving him a job, which let him learn metal working and earn several technical credentials.

“It made me feel good that he’s so thankful that I gave him an opportunity to start a career,” Tapani said. “He has a very bright future.”

Getting a job can be an uphill battle for people with any offense on their record, and not surprisingly it is harder when someone served time for a violent or sexual offense.

Minnesota employers cannot ask job candidates about criminal records until a job offer is on the table. But they don’t have to hire anyone.

“When they ask you, ‘Do you have a felony and what is your felony?’ I had to tell them that I was a sex offender,” said Simmons about his job search prior to joining North Central Bus. Most of the time, “my application was pushed to the side because they said, ‘We do not hire sex offenders.'”

Simmons’ solution was to go to school to become a mechanic so he didn’t have to have direct contact with customers. He also took “re-entry” classes offered by the Department of Corrections so he knew how to address tough questions and skepticism.

He also told potential employers about the tax credits and insurance available through the government.

“It was one of the things I had to do to get through that [employment] barrier, ” Simmons said. Still, it took months to get hired seven years ago when he was looking for a better job to support his wife and kids.

“It was hard, but you can get through it,” said Simmons who has been with the company for six and a half years making more than $20 an hour. He grabbed every chance for new training and even became certified to inspect trucks for the state.

His goal? Arm himself with as many credentials as possible so his next employer might see his skills and not just his past. It’s a tip he shares with other former felons, he said. “Get as much training as you can.”