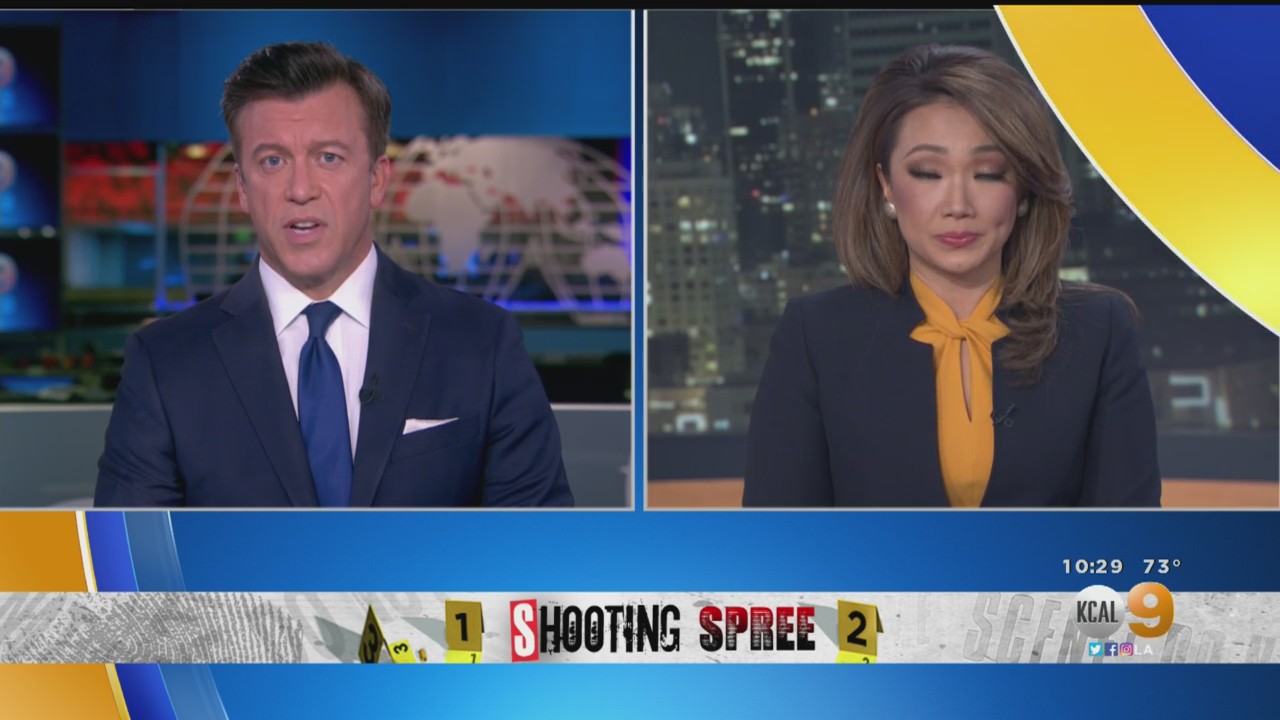 Authorities are investigating a purported shooting which shattered the windows of a minivan while it was traveling along a freeway in Northeast Los Angeles early Wednesday morning.

– Stacey Butler is live in Costa Mesa to explain why. Stacey?

STACEY BUTLER: And Jeff and Susie, the CHP told me tonight they just don’t have enough evidence to show that these were actual freeway shootings. But I can tell you the victims that we spoke with have no doubt when they were driving, they were shot at.

CHRISTINA MARTINEZ ADAME: Us two yesterday, and then suddenly there’s somebody new, in a minivan no less this morning. It had to be a family. I was terrified.

STACEY BUTLER: Hours after Christina Martinez Adame says she was shot at on the 405 near Westminster, this morning another car was hit. Their window shatter driving in Lincoln Heights at 6:00 AM Wednesday morning.

CHRISTINA MARTINEZ ADAME: This is a calculated effort of a shooter on the freeway that’s going after people in and around Southern California freeways.

CHRISTINA MARTINEZ ADAME: We have small bullet holes in the glass in our cars that prove otherwise. I mean, how do you have bullet-hole size punctures in your window and 12 before us two yesterday and one today? There are just rocks everywhere on the freeway? That’s impossible. It’s disheartening that CHP has not taken as seriously.

STACEY BUTLER: As this Long Beach mom filed an insurance claim and waits for repairs, she’s worried it will happen again.

CHRISTINA MARTINEZ ADAME: Today, maybe they shattered my glass. It’s problematic. It’s time-consuming. But maybe tomorrow, it’s a family taking their kids to school that might be killed.

STACEY BUTLER: The CHP told me they are actively investigating these cases, and they’re asking if you have any information to contact them. That’s the very latest from Costa Mesa. Jeff and Susie, back to you.

Enlightening Your Windows With Smart Technology