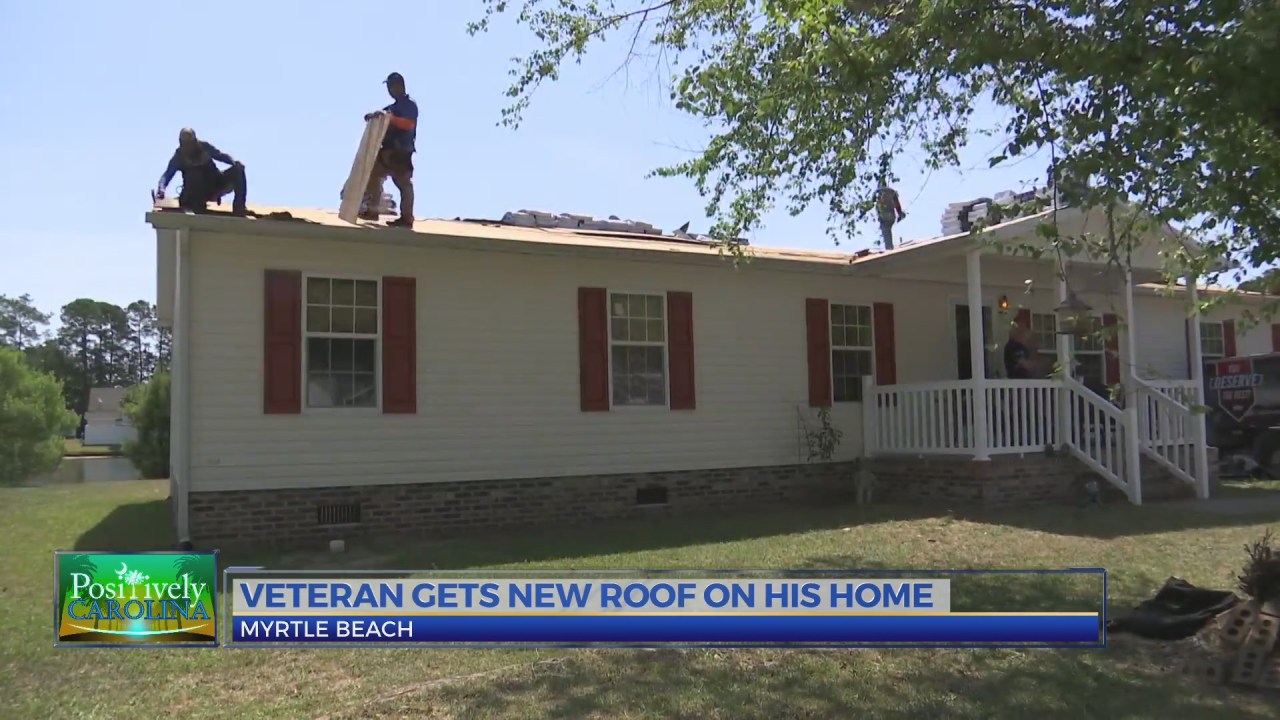 MYRTLE BEACH, S.C. (WBTW) — Joseph Mark Barker, who served in the United States Navy from 1969 to 1973 said Monarch Roofing came to the rescue after he said he was a victim of an unethical roofing contractor.

Barker said he couldn’t afford to pay for a new roof so Monarch Roofing chose Barker as the latest recipient for its “Roofs for Troops” program which provides new roofs to veterans at no cost.

“Who did not properly install their roofing so they had a couple of leaks some issues. We heard about their story and what they were going through,” Mady Finley with Monarch Roofing said.

“A lot of damage done due to poor workmanship,” Barker said.

“Aside from a lot of leaking and improper placing of shingles and stuff we also found that all of the decking underneath the roof was rotten which rotted their chimney as well, which is signs for some really bad water damage,” Finley said.

Barker said his old roof leaked in the guest bedroom as well as in other parts of his house for over a year. Members with Monarch Roofing said the damage could’ve gotten worse over time if it had not been fixed.

“Monarch came and said wow. We will take care of this. It’s a life saver and awesome that Monarch does this,” Barker said.