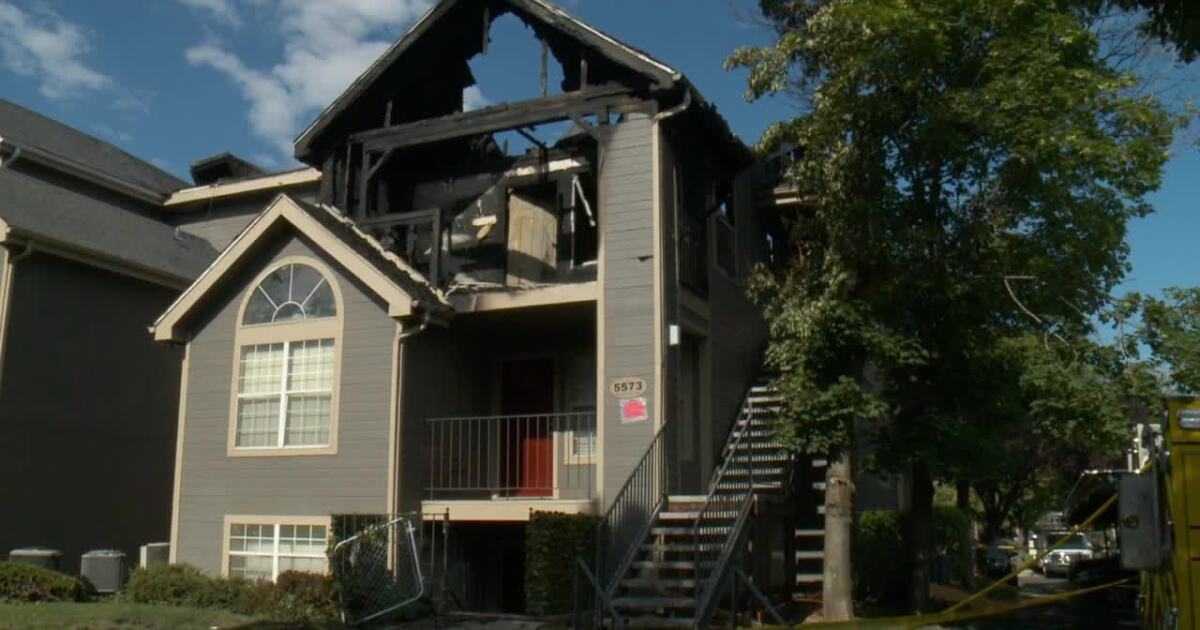 MURRAY, Utah — Police arrested 27-year-old Forrest Wilkinson Thursday and charged him with one count of aggravated arson for allegedly setting fire to the Stillwater Apartment Complex in Murray. The blaze forced 50 people out of their homes. One young couple, who lived directly under Wilkinson’s unit lost everything in the blaze.

“Above us was already engulfed in flames. Flames pouring out the windows like at that time already,” said Brianna Cisneros, recounting the night of the fire. “We didn’t smell it, hear it, we could’ve slept right through it. Our alarms didn’t go off, nothing.”

Parents to be Mattew Evans and Cisneros had just into the Stillwater Apartments two days before the fire.

“When we got in, we were so excited,” Cisneros said. “There was a duck pond, it was such a beautiful little area.”

“There’s a little bench out there right in front of the duck pond,” Evans added. “I sat there with the dogs, took a picture of them, and I was like ‘this is a really nice way to start my morning.'”

It was the couple’s first place of their own, and to celebrate their move-in and Cisneros’s birthday on Wednesday, the decided to decorate the nursery for their son, who is due in just a couple of weeks. Just a few hours after setting up everything changed.

“I hear, like from our bedroom to the front door, this man screaming ‘fire, get out!'” Cisneros said. “Immediately like tears and like wailing like right away because we had just moved in and had just gotten everything set up.”

The only items the two salvaged were the clothes on their backs, cell phones, glasses, and car keys. Everything else was destroyed.

“Ashes and stuff came flying out and burnt my hair, burnt my beard a little bit,” Evans said. “I had to put it out with my hand. I have a very slight, very minor burn on my hand, it’s nothing crazy.”

The two are now staying at a relative’s house and are working with the Stillwater management to find a new unit there, or at one of their sister properties. A GoFundMe was set up for the two so they can begin to replace some of the things they lost.

“The responses have been so overwhelming in such a good way,” Cisneros said.

“So many people. There is a guy in the UK and he’s like ‘give me an address and I will pay for shipping, I’ll send you guys stuff,'” Evans added.

The two said all that really matters is that they are both safe.