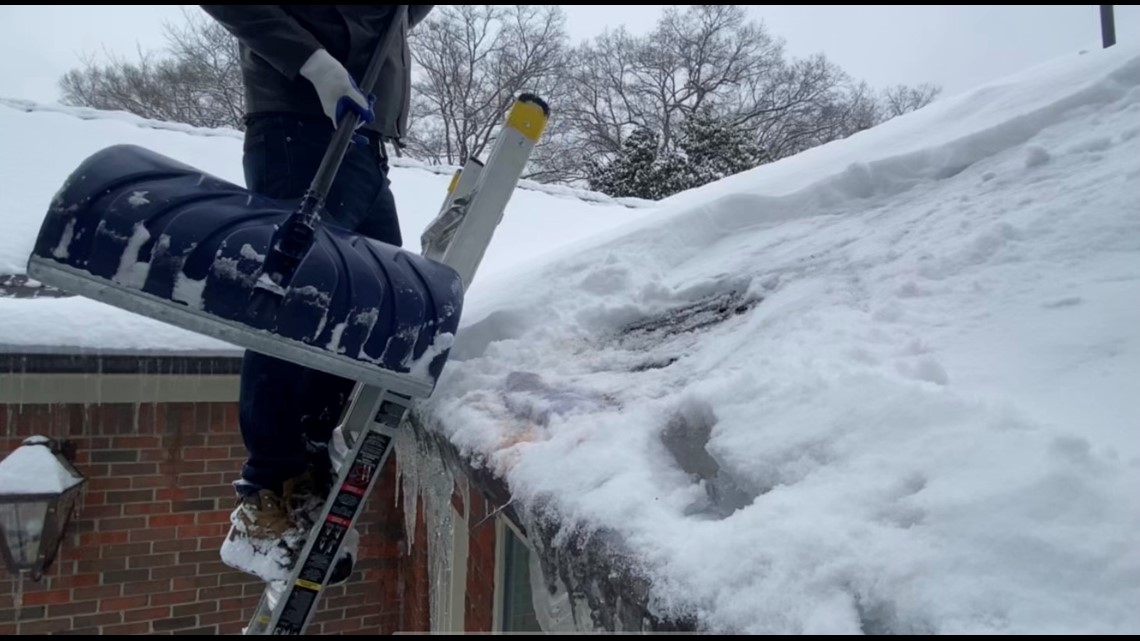 MEMPHIS, Tennessee – Frozen and burst pipes were just the beginning of headaches after a wave of winter storms hit the Middle South. Roof leaks are now a growing problem.

“There will be an unprecedented amount of leaks,” said Brent Simmons.

Simmons owns Restoration Roofing in Collierville. He and his team were out early Thursday morning to proactively clear ice from the roof of a house. He expects the phones to ring soon.

“We’ll be overwhelmed with calls,” he said.

Simmons said ice dams built on roofs will be a major headache for homeowners in the central south.

“Ice jams are when the snow starts to melt and when it reaches the edge of the roof where the gutters are, it freezes again. That’s the coldest part of the roof over there, “said Simmons.

This prevents the melted snow from draining off and instead forms a puddle on the roof that can cause damage.

“I was in a house yesterday and probably 20 feet of the inside of its inside wall was pouring out,” Simmons said.

Frozen and bursting pipes were just the start of the winter storm headache. Leaky roofs are a growing problem for the residents of the Central South. pic.twitter.com/EeEaaFrzzO

Eric Helvie has already dealt with leaks from his office and dining room due to ice jams.

“We started poking holes in the blisters to make it easier, and we started calling roofers and experts and that’s what they told us,” said Helvie.

The holes in its ceiling are designed to keep the leaks from spreading.

“I grew up in the north,” said Helvie. “I’ve never had gutters in our house, never had this problem.”

Simmons said many roofs in the south were not made to withstand the unprecedented snowstorm the Middle South has just experienced. The codes are not the same as in the north, he said.

What can you do about a leak or the breaking of an ice dam? Simmons says to call an expert. Do not try to fix the problem yourself.

“Don’t get on your roof if you don’t know what you’re doing,” he said. “It’s dangerous without ice and snow and you put that in the equation, it’s a disaster waiting to happen.”

State Farm also gave advice on what to and don’t do here.