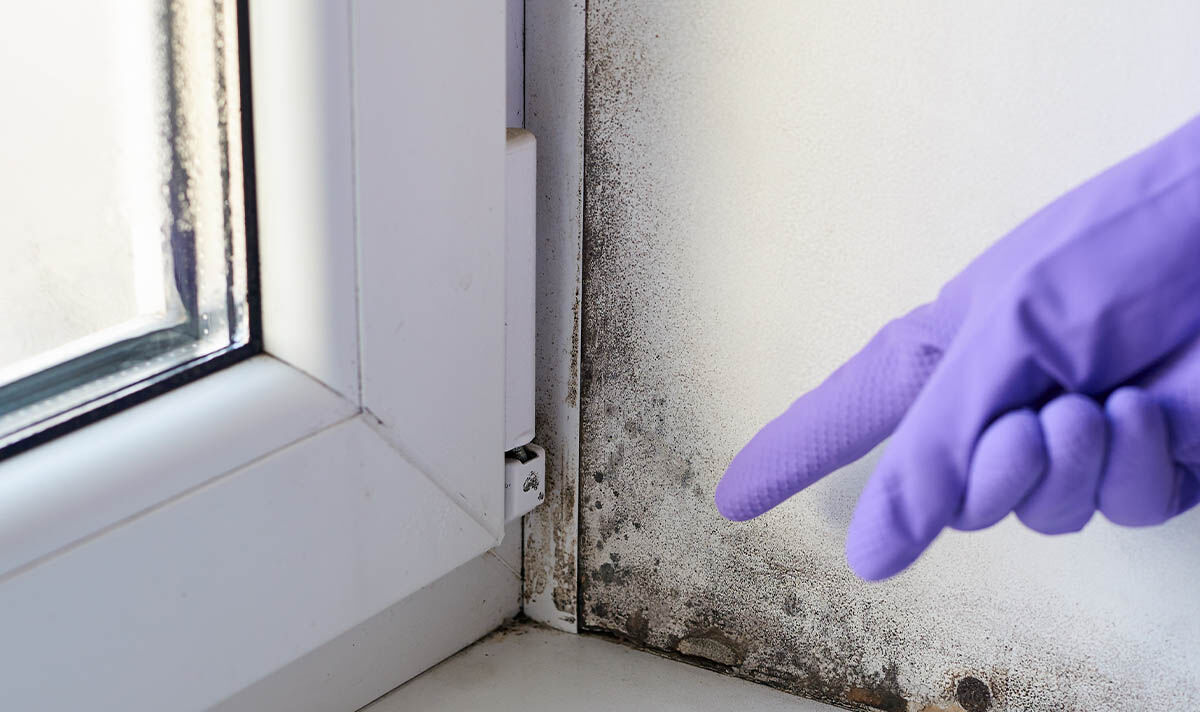 Nobody wants to find mould around their home, but it can be hard to avoid in humid bathrooms during the winter. While single-pane fittings are more prone to developing damp and fungus spores, double-glazing can also fall victim to unsightly black stains. According to experts at Windows Guide, leaks and condensation are the two “leading contributors” to black mould around the house. However, both are easy to prevent using a few simple remedies.

How to prevent mould around windows

While not all mould is harmful, it can be a risk to your physical health if you already suffer from asthma, eczema or respiratory infections.

The toxins released by mould spores – known as mycotoxins – can cause damage to the lungs, skin and nervous system, which is why it is crucial to keep mould growth under control around your home.

An expert at Window Guide said: “If water is leaking from the outside onto the window sill, then it’s likely that the window frame is damaged and needs repairing or replacing altogether.

“When it comes to condensation, it’s all about reducing the amount of moisture in the air around your home, and there are several things you can do.”

Houseplants are a great way to improve air quality around the house while also adding a splash of colour, but they can do more harm than good in the wrong place.

Windows Guide explained that houseplants kept near windows can exacerbate moisture levels in the air, contributing to mould growth. For this reason, it is best to move indoor plants away from glass windows and doors during the cooler months.

A humidifier is a worthwhile investment if you struggle with moist, humid air – particularly in bathrooms and kitchens.

Use one alongside extractor fans to keep excess moisture from steam to a minimum.

READ MORE: ‘That will do it’ Use simple 2p hack to get rid of limescale in bath

How to remove existing mould

To remove existing window mould for good, a simple white vinegar solution is all you need.

Simply fill a spray bottle with undiluted white vinegar and spray liberally over the black fungus stains. The experts explained that the vinegar needs time to break up the mould, and should be left to sit for one hour.

Use a scrubbing brush and warm water to scrub away the excess stains from the window and wipe it down once more.

Windows Guide said: “Mould on a wooden window frame can gradually lead to it deteriorating. Wood holds onto moisture, making it the ideal material for black mould to form and grow.

“To combat this, you might want to consider painting or staining the wooden frames and giving the joints of the frames a good clean to ensure they’re free from dust and moisture.”

This can be done after the frames have been treated with vinegar and left to dry.