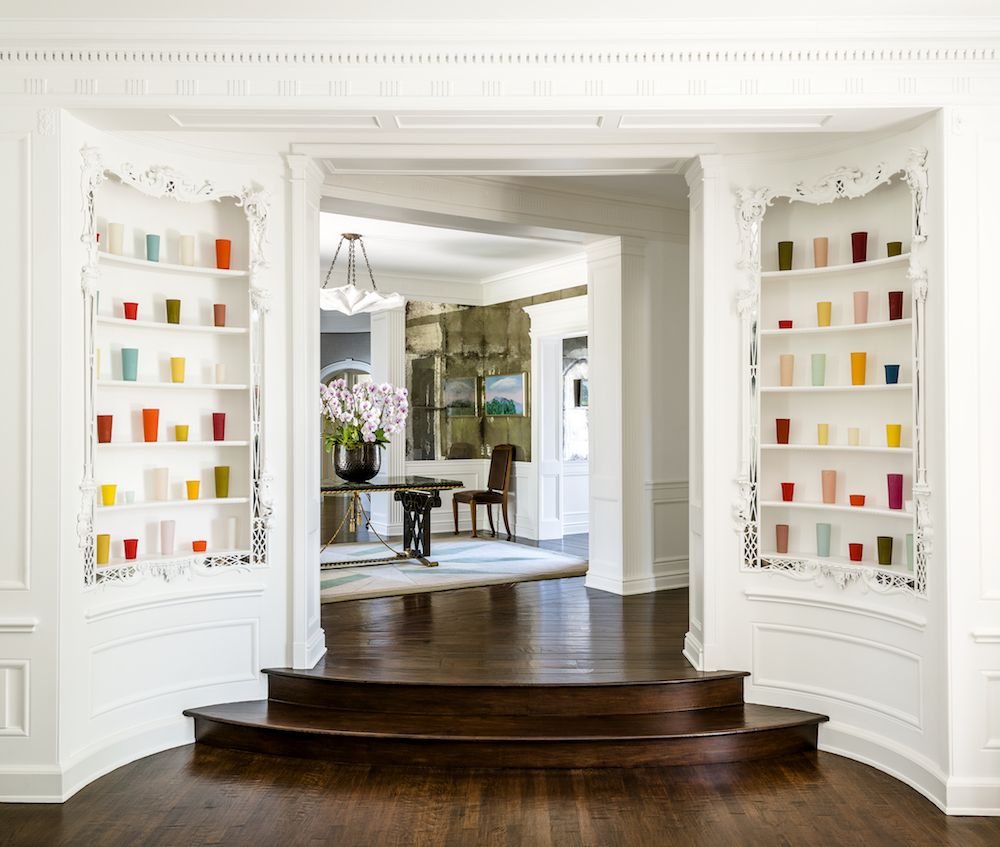 Looking for some achingly cool design inspiration? LA home design ideas will never steer you in the wrong direction, and these seven stylish homes offer aspirational interiors in abundance.

There’s plenty of design ideas you can steal from the houses, bungalows, artists’ studios, and art-filled compounds that feature the best of the city’s architecture and interior style below.

This Hispano Moorish house, built in the 1920s, pays homage to the great European estates the owner visited on museum-led trips as part of his role as a trustee of Los Angeles’s Museum of Contemporary Art. Use art to express your creativity and choose contrasting pieces to blend contemporary and traditional for a visually interesting look.

Here, a circular painting by California artist Gary Lang is in striking contrast to the original 1920s banister, and it really works.

LA home design ideas wouldn’t be complete without a little surfer chic. It’s no wonder renowned designer Kelly Wearstler is on speed dial with A-listers like Gwen Stefani, Cameron Diaz, Ben Stiller, and Jeanne Tripplehorn. Her glamorous but free-spirited vibe is completely beguiling. In the case of this Malibu beach house, the client was her family, and her mission was to create an alluring sanctuary on a broad, secluded stretch of beach.

Wearstler set about restyling the original house into a light-flooded, open-floor plan that she envisioned as a backdrop for interiors that would reflect the raw, unaffected surf culture of the 1970s. ‘The lifestyle here is all about celebrating nature, health, and consciousness,’ she points out. ‘Therefore, nothing in the house is overly precious or fussed over. Malibu is chic and cool but also amazingly laid-back. I wanted to echo that sensibility.’ For your own bohemian look, invest in an oversized Moroccan rug to anchor the room and decorate with rattan pendants and monstera plants.

It’s a beautiful way to illustrate how you can breathe life in a neutral space by adding colourful pieces like vases, ceramics and decorative objects.

See Also: Before & after – how this family home got a whole new look with just accessories

This glass cube 1960s house designed by Rex Lotery and owned by fashion big wigs in LA was given a 21st century makeover by award-winning architect Tim Campbell – but kept elements of mid-century design.

Blend dark woods with clean lines and a statement vintage lamp to get the retro-chic look.

Add a vintage bar cart to the room for extra style and entertaining points and throw in a 50s wingback chair for added authenticity.

While we may not all be able to install a pool, this beautiful home in Venice mixes industrial materials like steel and concrete with Japanese minimalism, and shows how enriching connecting outdoor to indoor can be. Bangkok-born, Japanese-trained, Los Angeles–based architect Kulapat Yantrasast, wanted a pool on the main level, where its deck could serve as open-air connector to all the main rooms, a plan reminiscent of the traditional Thai houses of his childhood.

Transfer the idea to your own home by extending your indoor flooring out onto the patio or terrace to create a connected and larger feel.

This creative house is full of treasured and eclectic pieces including a Frank Gehry cardboard Wiggle Side Chair, manufactured by Vitra, an iconic La Chaise by Charles and Ray Eames, and a Philip Arctander Clam Chair being paired with a Haas Brothers Hex Stool.

The line between art and furniture blurs in Yantrasast’s living room. The house is described as ‘an oasis for global nomads… A place where everything happens naturally.’ Try Rockett St George for a selection of eclectic decorative pieces.

See Also:Cool Ways To Bring The Outdoors In

This ranch set in splendid isolation in the Santa Monica Mountains, is a Shangri-La if ever there was one. Boney Peak, said to have healing energy, rises to the north; to the west, the Channel Islands float in the Pacific. Reached by a snaking dirt road off the Pacific Coast Highway, the 100-acre compound is an enclave of pagodas, pavilions, studios, and houses, the interiors of which are a pastiche of opulence and eccentricity.

All decorating precepts are dismissed in favour of a magpie assortment of exotic objects, resulting in an ambience of extravagance, wit, and sheer artistry. Above, an elaborately carved antique Indian arch forms the entrance to the blue-and-white bathroom.

The terrace near the bedroom features paneling from Bali, a ceiling from Thailand, and statues and chairs from India. Graham & Green is a great go-to for global-influenced pieces to add to your home to get the look.

The owner of this elegant home is a former visual merchandiser for Pottery Barn and Banana Republic and the interiors reflect that; simple elegance derived from textural neutrals and a combination of rustic and glamorous pieces. He said: ‘Linen curtains blowing in the wind, chinoiserie mixed with wicker, natural-fibre rugs, English rolled-arm sofas, gilt consoles mixed with modern art, that sort of thing.”

After finding a house in the Hollywood Hills that was ‘convenient to everything,’ the owner infused the interiors with air and light, whitewashing floors and painting walls in a soft linen colour.

City of Angels: Houses and Gardens of Los Angeles by Firooz Zahedi and Jennifer Ash Rudick, Published by Vendome Press, is available to buy on Amazon.