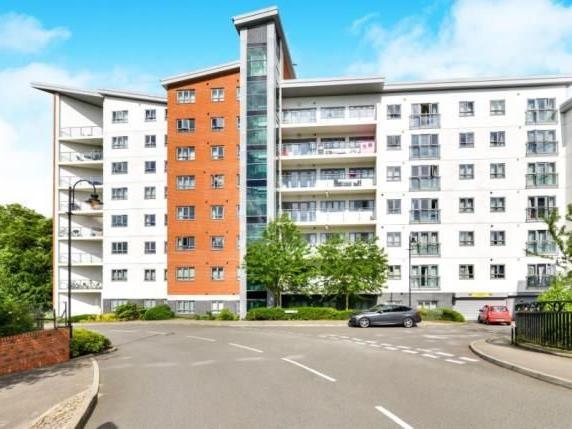 Hundreds of people living in two MK apartment blocks face a stifling summer with a lack of fresh air coming into their flats.

Major fire safety work being carried out at Hamilton House and Trevik Court on Wolverton Park means all windows and balcony doors will be firmly taped shut for the next three months.

Builders are replacing the white panels on the building because they are deemed to be a fire risk following the Grenfell Tower disaster. They need to remove all the render, replace insulation, then re-render.

All the white panels have to be removed

“We’ve known there was a problem with the white panels for some time,” said one resident. “After the Grenfell fire the building was inspected and we had to have fire wardens watching the place 24 hours a day for time, just in case there was a fire.”

Owners Places for People are now taking action and covering the buildings in scaffolding. But this means all balconies will be out of use – and all windows will be sealed shut for the duration of the works.

“We are absolutely dreading it,” said one mum who lives in her flat with young children. “These apartments are really hot anyway and even in the winter we barely need to have the heating on. The only way to stay cool in summer is to have all the windows and the balcony doors wide open.

“Even with fans going, it’s going to be like living in an oven. It just seems totally unreasonable to expect people to live with any air or ventilation throughout the summer. Surely it can’t be healthy?”

Scaffolding has already gone up

She said most people spent usually hours on their balconies in warmer weather.

“They are big balconies and ours is like a small garden with artificial grass and play equipment for the children. It’s going to be really difficult now we’re not allowed to use it at the hottest time of the year.”

Some of the apartments are owned and have been rendered almost unsellable until the fire safety problems are fixed. Others are rented. But neither homeowners nor leasers have been offered any compensation for the inconvenience.

A spokesperson for Places for People told the Citizen: “We are carrying out essential fire safety works for Hamilton House and Trevik Court, both of which are mixed-tenure buildings. We understand the impact on our customers and apologise for the inconvenience.

Grenfell Tower before the disaster

“The works will be done safely and to a high standard, whilst ensuring minimal impact to our customers and we will continue to provide frequent updates as works progress. We encourage customers to get in touch with the place team if they would like further information.”

How much does it cost to replace a window? Whether you DIY or not