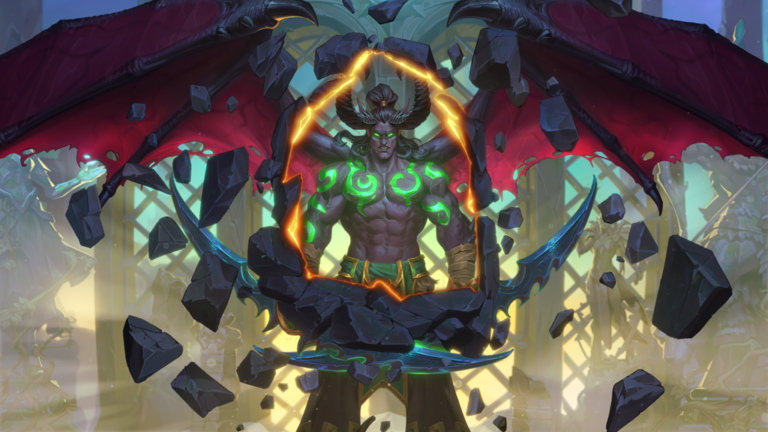 This is arguably the most-anticipated expansion in the game’s history—and for good reason. Ashes of Outland doesn’t just introduce a plethora of new cards to play with, but it also ushers in a new class, the Demon Hunter.

Demon Claw is similar to the Druid Hero Power, which allows players to pay two mana to gain +1 attack and +1 armor for a turn. This similarity is fitting because the mascot for the Druid class, Malfurion Stormrage, is Illidan’s twin brother. Anyone who played World of Warcraft’s Burning Crusade expansion will be more than familiar with The Brothers Stormrage. Though Illidan lived what many would consider a life of evil, in recent World of Warcraft lore, he acts as the player’s ally.

A new class isn’t the only thing being introduced by Ashes of Outland, though. This expansion also sees the debut of a new keyword, Outcast. This is a unique ability that allows the stated effect to occur if the card is played from either of the outermost spots in the hand. This basically means you’ll want to play cards with Outcast when they’re on the outside of your hand if possible.

Since this is the first new expansion of the Standard year, you can expect your Standard collection to feel quite a shakeup. Because the expansion is new, remember to spend this week crafting cards with caution. The meta is constantly evolving in the early days of an expansion and you’d hate to waste dust on a deck that isn’t good five days from now.

You can check out all of the cards coming with Ashes of Outland right now.

The Best Organic Weed Killer to Maintain Your Garden

Tips and Tricks for Fence Repair