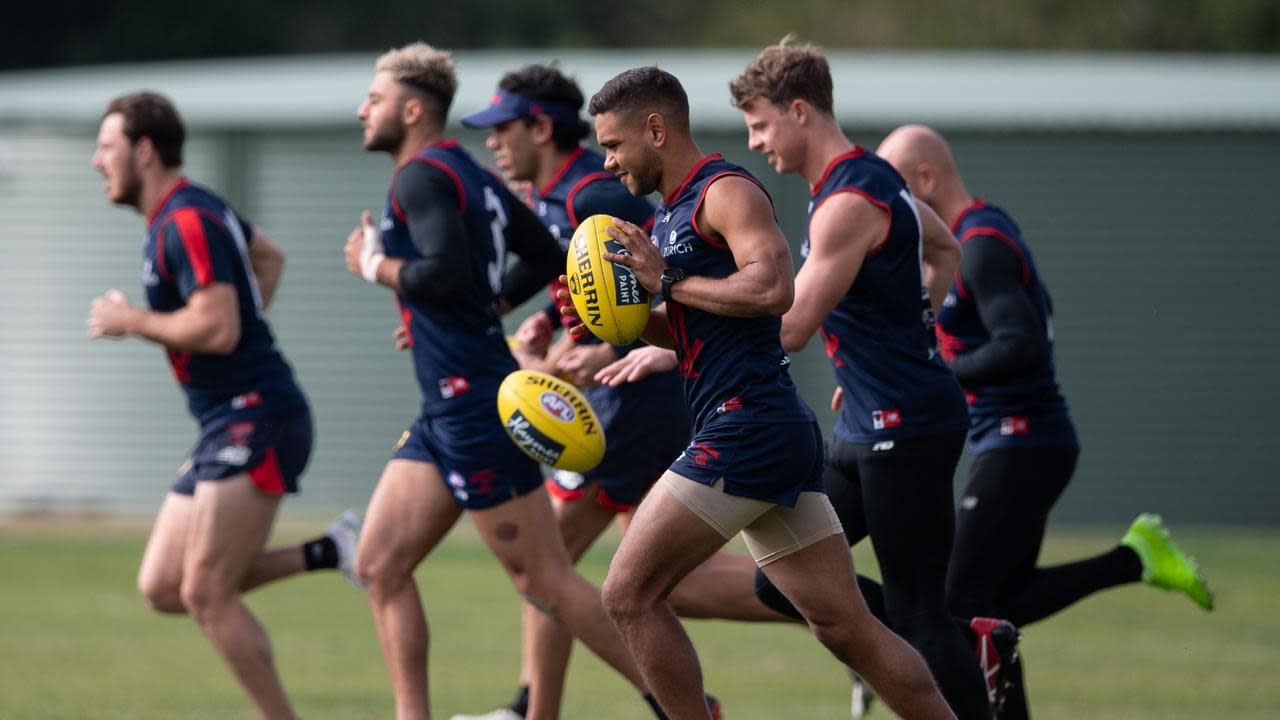 AFL clubs Melbourne and Port Adelaide have been cleared to enter Queensland for round-20 matches this weekend under strict COVID-19 protocols agreed with the state government.

The Demons will take on Gold Coast at Metricon Stadium on Saturday afternoon, starting at 3.10pm, with the Power to tackle GWS at the same venue 24 hours later.

Port Adelaide and Adelaide have been based temporarily in Melbourne since last week and will be allowed to return home to South Australia after this weekend’s matches.

The Crows meet the Western Bulldogs in Ballarat on Saturday and are due to host a Showdown against the Power at Adelaide Oval in round 21.

After playing on the Gold Coast, Melbourne will head directly to Perth and spend a week in quarantine ahead of a clash with West Coast at Optus Stadium in round 21.

Brisbane face a similar outlook, travelling from Launceston to Perth after Sunday’s meeting with Hawthorn.

The Lions will also spend a week in quarantine before playing against Fremantle at Optus Stadium in round 21.

GWS had been pushing for their home game against Port Adelaide to be played at their second ‘home’ venue – UNSW Canberra Oval – but interstate travel restrictions stymied that plan.

Giants coach Leon Cameron, whose team has been based on the Gold Coast since leaving Melbourne two weeks ago, said it was “disappointing” but remains hopeful the club will play in Canberra at some stage late in the season.

“The preference is to play your home games on your home decks as much as you possibly can,” Cameron said.

“We’re only five or six minutes away from Metricon Stadium, we’ve been here for a week and a half now and settled.

“No doubt that’s the next best thing for us.”

Meanwhile, Victorian Premier Daniel Andrews said on Thursday all events will be assessed on a case-by-case basis when it comes to crowd limits in the state, with Melbourne’s grip on the AFL grand final again under the spotlight.

It comes after former AFL coronavirus cabinet member and ex-Collingwood president Eddie McGuire revealed an ambitious plan, purportedly driven by Bruce Keebaugh from The Big Group and Dr Ian Naughton from Respond Global, to get up to 100,000 people to the MCG for the AFL decider in September.

It would involve erecting a “ring of steel” around Melbourne’s sports precinct and setting up 200 sites to carry out rapid antigen testing for all fans and officials.

Crowds are still prohibited from attending AFL matches in Melbourne for at least another two weeks and there is doubt over whether the MCG will be allowed to welcome enough fans to warrant hosting the grand final.

Last year’s grand final was moved to the Gabba in Brisbane, with the AFL extending its MCG contract by one year as a result.

Perth is considered a strong chance to host the 2021 decider if it is moved away from Melbourne again.