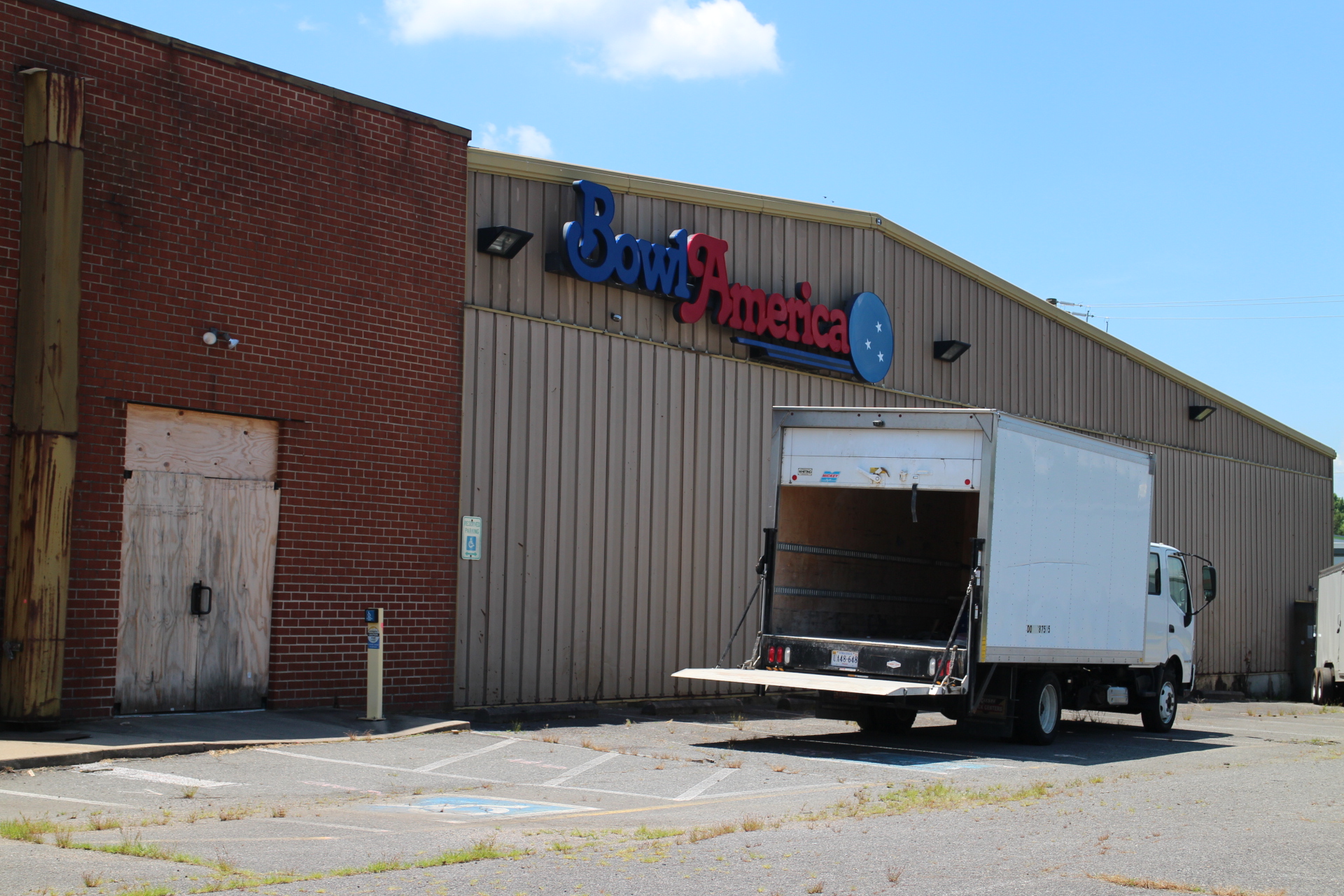 About a year since its final pins fell, a longtime local bowling alley is slated for a new life.

The former Bowl America property at 7929 Midlothian Turnpike was purchased earlier this month by Virginia Slate Co., a local roofing and landscaping supply firm that will convert the 40,000-square-foot building into its new headquarters.

Virginia Slate, which specializes in slate and metal roof supplies, is currently based at 2471 Goodes Bridge Road in Midlothian, which it owns along with a pair of quarries in Vermont and Buckingham County.

Tucker Adamson runs it with her husband Cassell, whose father started Virginia Slate around 30 years ago. The company paid $3.2 million for the Bowl America building and its 4.6 acres along Midlothian Turnpike between Powhite and Chippenham parkways.

Adamson said the growth of the company’s two main segments have helped the company outgrow its current home. The new spot is twice the square footage of its space on Goodes Bridge.

The nearly 50-year-old building had been home to Bowl America until last summer.

“It’s a big jump for us, but I think it’ll be a great place for folks to have access to better materials,” Adamson said. “In certain areas you’ll see that when you have better building products available, people in the area start using them. Richmond has a lot of natural slate because it’s available.”

Adamson said Virginia Slate doesn’t do roofing or patio installs, but instead it supplies the materials primarily to roofers and general contractors. She said they supply slate all over the country, primarily on the East Coast, including to some local clients like the University of Richmond.

Just over a decade ago, Adamson said, they began fabricating metal roofs which have grown in popularity in recent years. On the slate side, she said they’ve also begun supplying the material for patios in addition to roofs.

The plan is to eventually have a public-facing display area at the new place that Adamson said would help them educate buyers on the perks of metal and slate roofing. 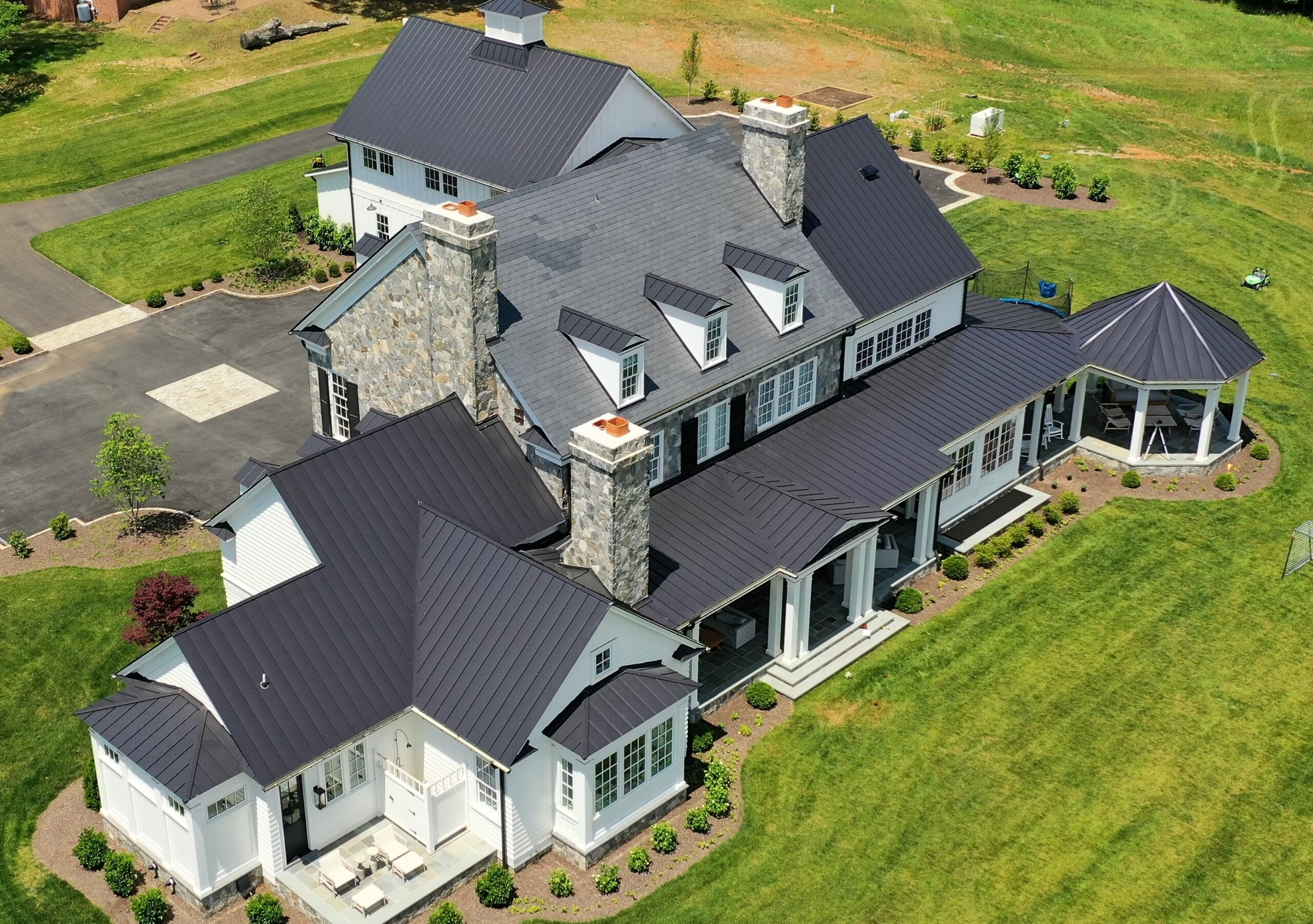 The roof on this home includes both slate and metal materials. (Photo courtesy of Virginia Slate)

“Natural slate is kind of one of those overlooked products. People know what it is, but they forget it’s organic and has a 100-year lifespan. It’s essentially a natural rock that’s nailed to the roof. It is more expensive, but we want people to understand it,” Adamson said. “It’s hard for someone to make a large financial decision without seeing the product. Most roofers don’t have a place for people to come by.”

Adamson said they’re hoping to complete the move this fall. Virginia Slate will hold onto its old headquarters and look to lease it out, she added.

The previous owner of the Bowl America building was Bowlero Corp., the publicly traded bowling conglomerate that bought Bowl America last spring for an undisclosed amount, per reports. It’s unclear exactly how long Bowl America had operated in the nearly 50-year-old building, however Adamson said it’s her understanding that the bowling alley closed last August.

Though Bowl America’s signage still hangs on the exterior, Adamson said little evidence of the building’s previous use remains on the inside.

“When we first went in, they’d stripped everything out, taken all the motors out. There was the kitchen where the kegs were still tapped,” Adamson said, laughing. “I would have loved to have a couple lanes still open, that would’ve been fun.”