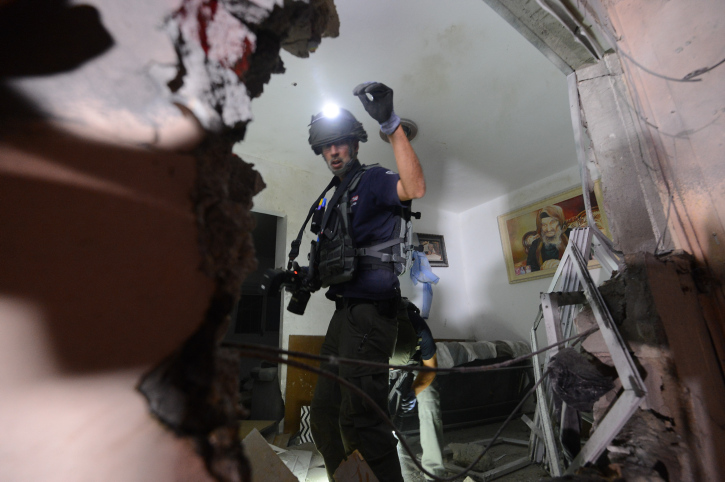 (June 2, 2021 / JNS) The Israel Defense Forces’ Home Front Command on Tuesday recommended that thicker steel plates be placed over the windows of fortified rooms in homes near the Gaza Strip.

Maj. Gen. Uri Gordin, the head of the Home Front Command, met with municipal leaders in communities near the Gaza Strip to inform them of the new recommendation.

The army said the move was based on a further investigation into a piece of rocket shrapnel that pierced the metal window covering of a fortified room in the border town of Sderot during the recent fighting against Hamas and other terror groups in Gaza, killing 5-year-old Ido Avigal.

An IDF statement said that following Gordin’s recommendation, the steel plates in communities within seven kilometers (4.3 miles) of the border will be replaced with ones that are at least 32 millimeters (1.2 inches) thick, citing “developing capabilities” among Palestinian terrorist groups in Gaza.

IDF Spokesperson Hidai Zilberman said that Avigal was killed as the result of an “incredibly rare” convergence of events.