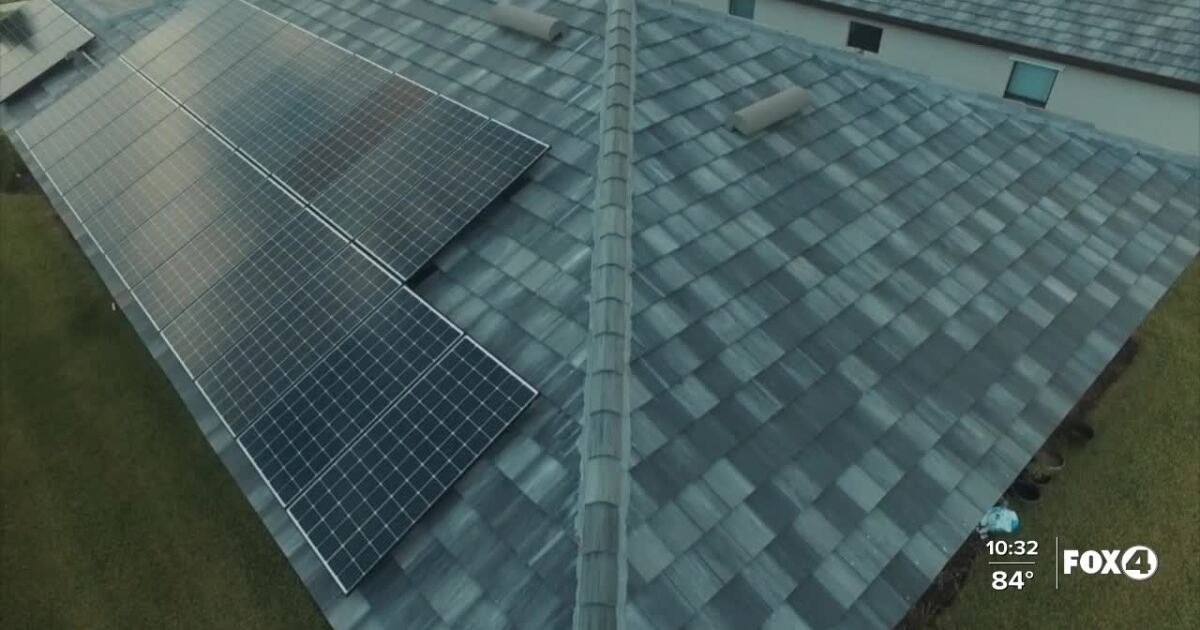 FORT MYERS, Fla. — You would think living in the sunshine state would make it easier to go green. But in 2019, Florida ranked 26th for rooftop solar, and contractors say it’s because of misinformation.

According to environment America, Florida only uses renewable energy to generate about three percent of the state’s electricity. I spoke with a cape coral man who says people have to do their research first because the process can be intimidating.

“I filled out a form, and people started calling from everywhere,” said Kurt Shenaille.

“It’s very similar to buying a new car,” he said. “If you got the wrong dealership, you might end up overpaying for it. So we did a lot of research.”

Shenaille says finding a contractor nearby helped him learn what his home needed. So, I spoke with Dominick Zito, the founder of the solar design group.

He says there aren’t a lot of incentives from the state or cities to go solar. And some people get stuck in a financing loan because the salesperson doesn’t explain all the options.

“There is a lot of misinformation coming down the pipeline from sales agencies that don’t have installers. They subcontract everything out,” he said. “And there are misconceptions of special lcec programs and state of Florida programs. So, I just try to tell people to look at what realistically fits in your budget, to offset your electricity bill. But keep it local.”

Shenaille brought his roof two months ago and said the investment is worth it.

“My air conditioner is on 73 degrees all day long, and we are never worried about it being on too long or the door being open.”

He says in eight years, the money they save on electricity will cover the cost of what they spent on the system, and at the end of the year, he will get 26 percent of what he paid back.

So before you install a solar roof, Zito says talk to multiple contractors in your area and research all your financing options. To avoid getting stuck with a bill that you aren’t expecting.

Get your dreamed roof with Four Leaf Roofing in Ripley, Tennessee