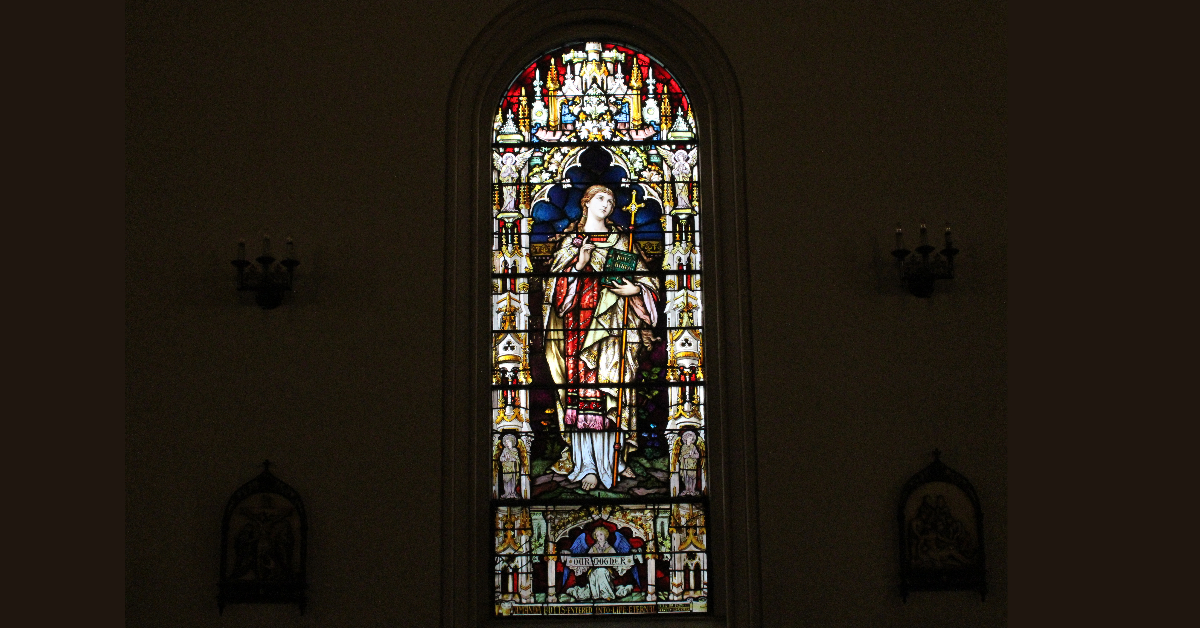 Faith has been restored at the Church of the Holy Trinity in Vicksburg.

“We did the north side and the west side last year and this year we started on the south side,” church member Steve Saunders, the project’s manager, said as he watched employees for Pearl River Glass of Jackson, which is doing the restorations, install the window Tuesday.

He said “Faith” was pulled in February and taken to Pearl River to be restored.

“As soon we get the Faith window installed, they’re going to start cleaning these remaining windows on the south side, which includes all the windows in the baptistry area, and then we’ll pull three windows on the east side one at a time and all three will be refurbished and reinstalled,” Saunders said.

The Faith window was donated to the church in memory of Amanda Turner Butts by her children. It was imported from Germany and installed in 1890 in the center of the church’s south wall; the second window installed on the south wall.

The figure in the window gazes and gestures toward heaven as she cradles a staff surmounted by a Celtic cross, the circle of which suggests the eternal quality of redemption.

A Virginia native and the widow of a doctor, Amanda Butts moved with her family from Louisiana to Vicksburg in 1859. Her younger son Edward served as a captain in the 21st Mississippi during the Civil War and after became president of Vicksburg Bank.

He was a founder, vestryman and senior warden of Church of the Holy Trinity.

The window, Saunders said, is composed of five individual panels, which were installed one panel at a time.

“Doesn’t look like much sitting there,” he said as he pointed at the panels resting in order against the wall. “They’ll be pretty once it’s up.”

Saunders said the goal is to have the remaining windows done by the end of the year, adding the next three windows “ought to go real quick,” but there are two Tiffany windows that may take longer to clean. The church has six Tiffany stained glass windows, designed and built by artist Louis Comfort Tiffany who promoted a method using copper foil to make stained glass.

The church also plans to replace the lights in the baptistry with LED lights, Saunders said. That work, he said, will complete the work on the church’s south side and then move to the windows on the church’s east side.

The stained glass windows at the Church of the Holy Trinity are a point of pride for the congregation and one of the top attractions for tourists on the riverboats that visit the city.

But time and weather conditions took their toll on the windows, causing them to lose the brilliance they had in their early years.

The old panels had darkened, making it difficult to see the windows, and allowed moisture and heat to build up, causing mold to develop.

“For me, it’s been a real spiritual work of seeing clearly,” said church rector, the Rev. Andy Andrews. “It’s like wearing glasses and you have dust on them and have no idea (what you see), and then you clean them and the light comes pouring through.

“The whole window changes; the beauty is amplified. It makes all the difference. It’s been a great work to restore these treasures and allow for new light to shine in,” he said. “We’re seeing new light and therefore we can go forth and be a new light.”