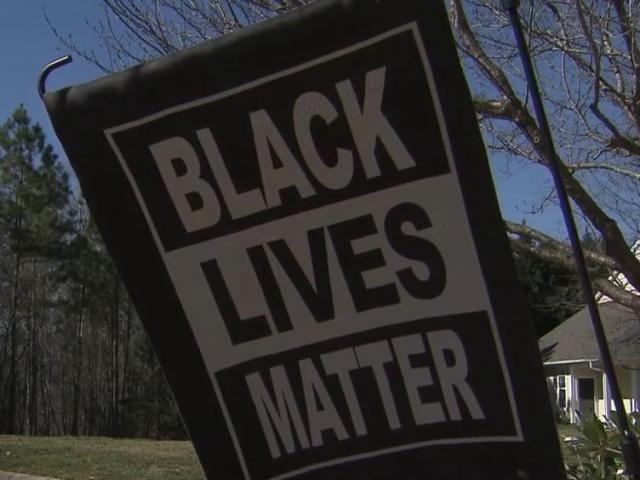 Durham, NC – A Durham man says his family has been wrongly attacked for his mark supporting the Black Lives Matter movement.

However, his HOA says he is being cited simply for violating the rules.

Sean Mournighan said he was quoted for having chalk on the sidewalk in front of his house but his other neighbors did not. He believes his sidewalk chalk art was targeted by the HOA because of the Black Lives Matter sign.

“On Sunday we had some new daffodils planted and drawn with a fox and a lion on the full side path in front of the house,” said Mournighan.

On Monday, his family received a letter asking them to clean up the chalk art his family had drawn on the sidewalk. The neighbors complained.

The Thaxton’s Homeowner’s Association email stated that anyone who draws on the sidewalks must wash off the art when they’re done.

Mournighan says this is not the first time. Last summer, he received a quote for having a sign reading “Black Lives Matter” on his front window, which the HOA says is in violation of a signage regulation that bans anything that promotes “business, religion, politics and human rights” .

So instead he deleted a flag that was in the code.

Mournighan said he believes raising the Black Lives Matter flag to replace the shield made him a target.

“I think I rubbed them the wrong way with my push back and bypass. They were looking for something to let me know that I am not welcome,” he said.

Neighbors who spoke to WRAL called the problem petty, pointing out that other people put up signs in their windows to go on vacation or celebrate the birth of a baby and get no problems.

Secular holidays and birth celebrations, however, are not related to “business, religion, politics or human rights”, which the HOA expressly prohibits.

WRAL reached out to the HOA to get their page but they didn’t respond.