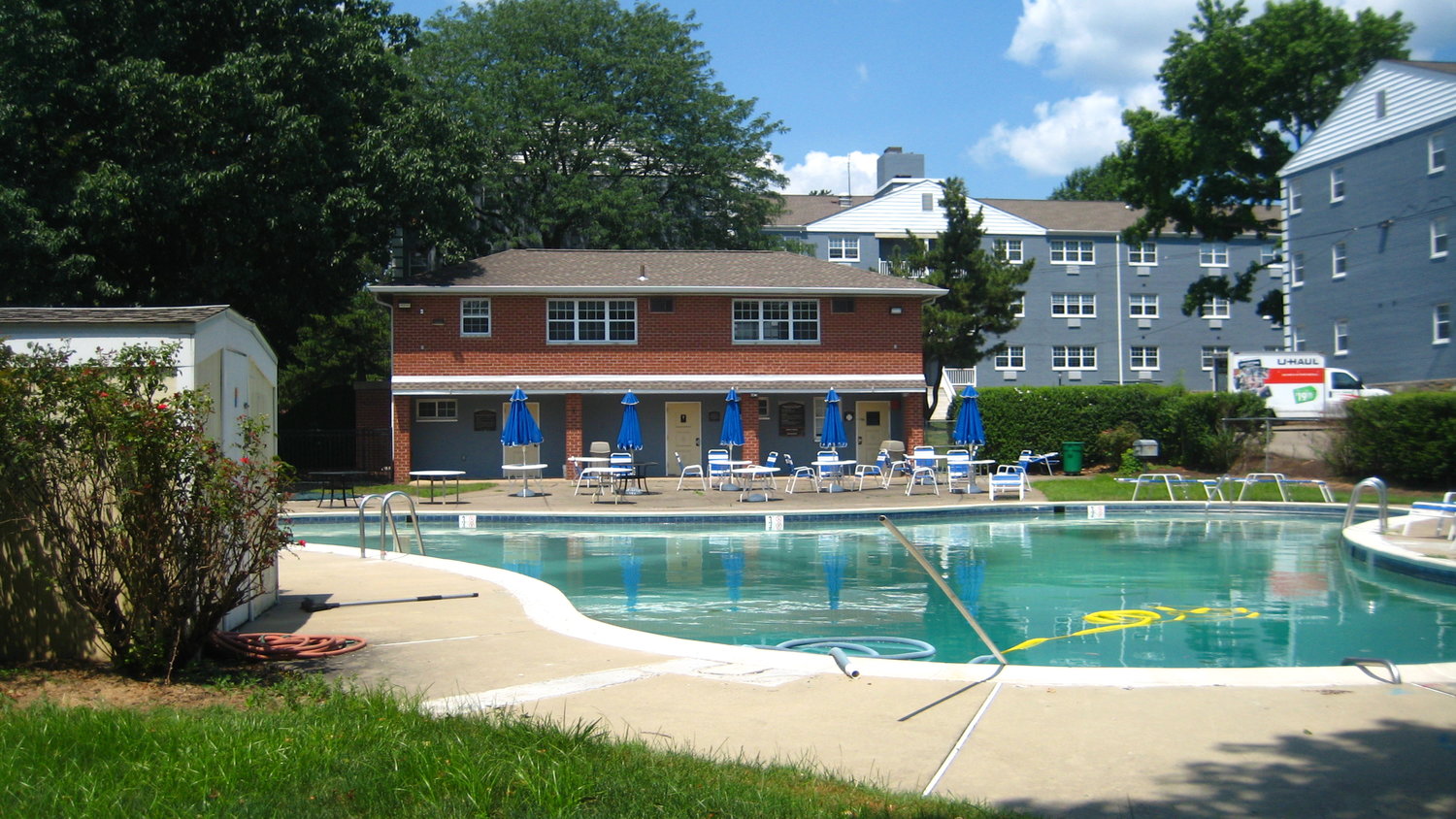 The Design Review Committee of the Chestnut Hill Community Association did reviews of two projects on July 20. While neither required approval from the DRC, the design review did lead to changes recommended by the committee.

Chestnut Hill Village Apartments, 7715 Crittenden St, presented modified plans to replace their current, two-story cinder block pool house with a three-story modernization. At the Land Use Planning and Zoning committee meeting July 1, the  board recommended changes, perhaps incorporating Wissahickon schist on the exterior, solar panels, and more attention to native plants. While solar power was not addressed, Project architect Tim Geitz (Geitz Design Associates LLC) announced they were accepting the other recommendations. Some discussion of window alignment lead to design changes on the spot.

The plan calls for ADA-compliant restrooms and an ADA-compliant lift system to the second floor, a small kitchen, more shaded areas outside, three shaded outdoor grilling stations, a fire pit, and new landscaping consistent with the existing apartment complex planting and the surrounding neighborhood, including several small “naturalized” gardens. The changing rooms would be eliminated; Kelly explained that since all pool users would be Village residents, they would not be needed.

Daniel Kelly, representing Graystar Real Estate Partners, had explained in previous meetings they were requesting a variance because the proposed pool house is 900 square feet larger than the current building, and so had a License & Inspection refusal based on Floor Area Ratio (FAR): A maximum of 70% of FAR is allowed, whereas 90% of FAR is proposed.

The DRC recommended supporting the variance. The next step is the CHCA Board meeting August 26, 5 p.m., then the Philadelphia Zoning Board of Adjustment will hear on the FAR zoning variance request September 15.

The request of an external seating area behind the proposed La Limon restaurant, 8612 Germantown Avenue. The plan, previously presented by the landlord, Sanjiv Jain, Legacy Real Estate, at the July 1 LUPZ meeting, was substantially redesigned after suggestions from that meeting. The plan for an unattended patio for takeout service only has been changed to full table service and gates that would be locked after hours. The fence along the side facing the Chestnut Hill West Station would be lowered to provide a view of the station. The patio can also be accessed from public lot 6, entered from Hilltop Road off of Rex Avenue. There had been concerns from the board about safety, especially after hours when the isolated location could attract undesirable elements. The front alley from Germantown Avenue to the back patio was still a concern to the committee because the guardrail has large gaps and might prove dangerous to small children. Jain explained that the fence – though not the walkway – is owned by SEPTA, and might prove difficult to change. The committee suggested blocking off that entrance until such time as the issue could be addressed. (The main entrance to the restaurant would not be affected.)

The DRC voted to endorse the fence, subject to appropriate city approval.

The CHCA, together with the neighbors of 10 Bethlehem Pike, appealed the L&I finding that the developer could use “As of Right” to proceed. This lead to a meeting with the developer, July 15 where he presented changes including “cutouts” for setbacks in the fifth floor. There would be eight parking spaces. John Landis of the DRC emphasized this was an informational meeting, not a negotiation.