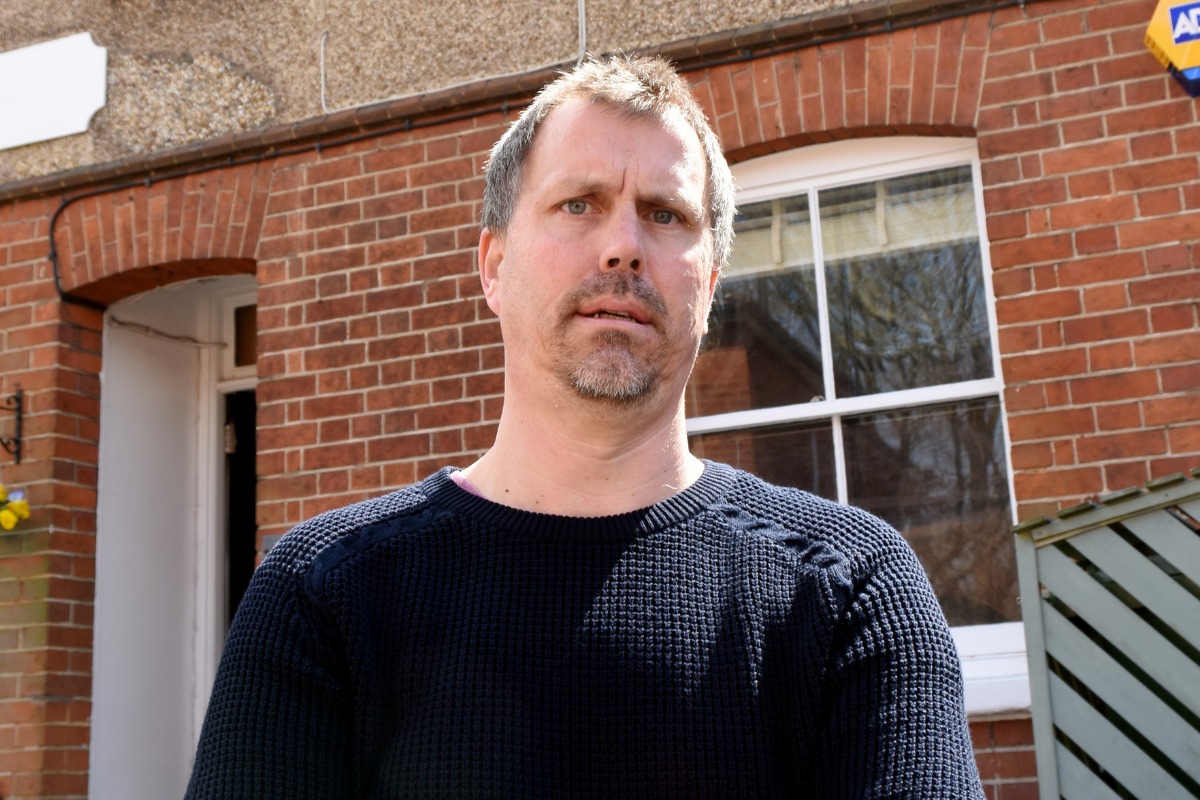 A BASINGSTOKE resident has hit out at the council for its “stringent rules” which have prevented him from making his house suitable for his young child with breathing difficulties.

Dave Graham bought his home on Church Square in October 2020, and has since been battling the council for permission to replace the wooden front door and sash windows.

The 45-year-old lives with his partner and her six-year-old daughter, who has been hospitalised three times in the last four years with respiratory problems.

Dave, who works for a financial advisor in Reading, wants to replace the sash windows and wooden door at the front of his home, which are in poor condition, with double glazing and a more energy-efficient wood-look composite material door, but has been told this will not be allowed.

“We bought the property in October and we knew it was in a conservation area but we didn’t know how stringent some of the silly rules are,” he told the Gazette.

“We would understand if it was a building that was hundreds and hundreds of years old, like a National Trust property.”

He continued: “The front of the house can be very cold. We lose a lot of heat with the sash windows. The Victorians did a lot of great things, but sash windows weren’t one of them!”

Church Square was included in the Basingstoke Town Conservation Area in 2015, but Dave says there are inconsistencies in the council’s enforcement of it.

“The silly thing is, at the back, we can do whatever we like,” he said.

Dave pointed out that he and his partner have maintained and painted the front of their home, and says the same cannot be said for all of the properties on the street.

“It’s been several months of backwards and forwards now,” he added.

“When we moved in we wanted to make the changes, so we got some quotes.

“Because it was a conservation area, we made an appointment with the council. Some of the ideas we had we weren’t allowed, and we accepted that. We gave them some photos of the windows and door we wanted in January and we didn’t hear anything.”

Dave says they made another appointment five to six weeks later which the council “didn’t honour”.

He said he sent emails but they bounced back, and so he eventually used a contact form on the website which was met with the “most officious email we have ever received”.

“We are trying to replace the front door, not knock down the whole house!” he said.

“Unless you were standing right at the door, you wouldn’t even know it wasn’t wood. And the window would just look as if it’s been painted.”

Dave says that, even to replace the wooden door and sash windows “like for like”, they must fill out an application which costs £200 and must be resubmitted – and repaid – if any error is found.

“We appreciate the conservation area, but it should be enforced and make sure that other houses are maintaining.

“Half the houses on the street have double glazing because it was done before it was made a conservation area.

“They say there was public consultation, but by who and what is the benefit? It’s not as if we have loads of tourists coming here.”

Dave says that replacing the 120-year-old door, which is in disrepair, will cost a minimum of two to three thousand pounds.

He added that they will then replace the sash windows “when funds allow”.

“We are still fighting it with the council,” he said.

“It’s highlighting the issue for other people. It seems to be bureaucracy for the sake of it.”

Basingstoke and Deane Borough Council’s head of planning, sustainability and infrastructure, Ruth Ormella, said: “Church Square is part of the Basingstoke Town Conservation Area which has an Article 4 direction on it. This restricts work to the front of homes in the conservation area, including the replacement of windows and doors on an elevation facing a road.

Ms Ormella added that applications to make changes are considered on a “case by case basis” and that the council is “more than happy” to offer advice to home owners and occupants “to work with applicants in a proactive and creative manner to achieve positive solutions.”

How to Use Green Building Practices When Renovating Your Home