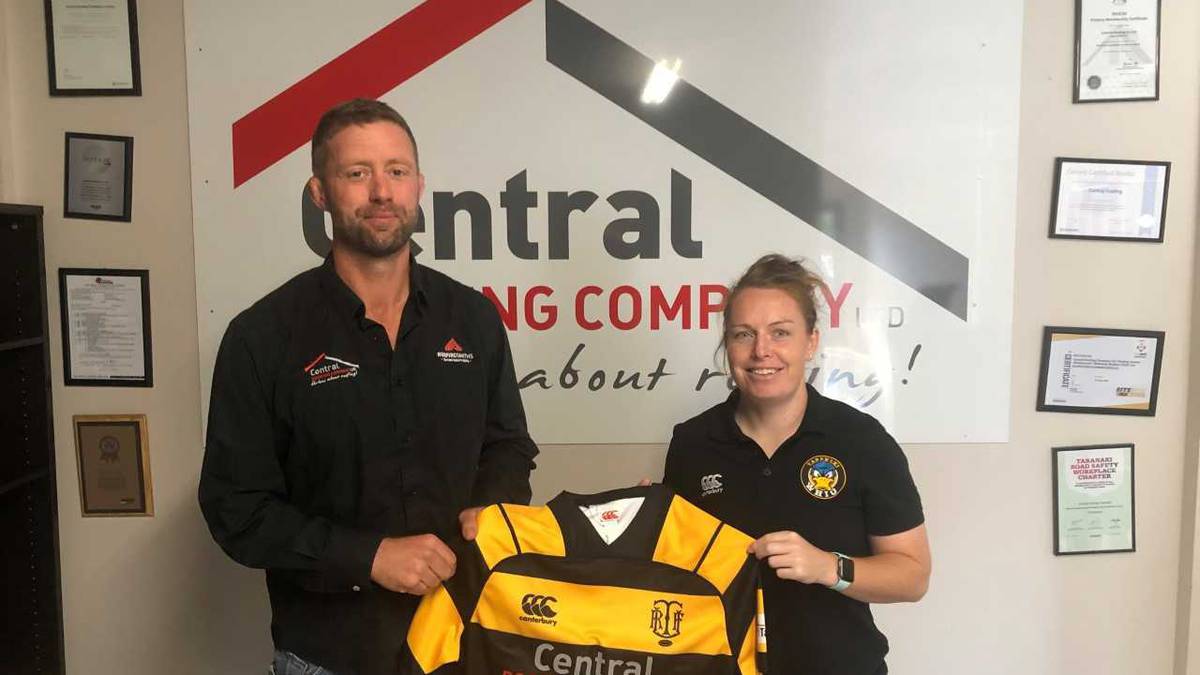 Taranaki Whio has the support of Central Roofing for the 2022 and 2023 Bunnings Farah Palmer Cup seasons.

Central Roofing has been announced as the new naming rights partner for the Taranaki Whio.

The Central Roofing Taranaki Whio season is scheduled to kick off on Saturday, July 23, one of three regular-season home matches at a yet to be confirmed venue.

“It’s great for Central Roofing to be alongside the TRFU again for the next couple of years and to be part of the women’s game which is growing rapidly. It’s exciting for us.”

Taranaki Rugby chief executive officer Mike Sandle says it was great to have Central Roofing as the naming rights partner for Taranaki’s flagship women’s side.

“We are delighted to have Central Roofing get behind the Taranaki Whio and Taranaki Rugby.

“Duncan and the Central Roofing team are committed to giving back to the community they live and work in. 2022 is an exciting year for women’s rugby with CMK club rugby under way in our community, the Rugby World Cup taking place on our shores and opportunities for our local wahine to put their hand up for 2023 Super Rugby Aupiki contracts.”

Central Roofing, who go by the strapline “Serious About Roofing”, have been long-time supporters of rugby in Taranaki.

The two-year partnership will see Central Roofing continue their association with the Yarrows Taranaki Bulls second five eight jersey as well as giving a young fan the opportunity to run the tee on at each match.

Established in 2008, Central Roofing specialises in commercial and residential roofing with a focus on delivering a quality service to roofing clients.

The business moved into their new premises on Craig Place in Waiwhakaiho four years ago.