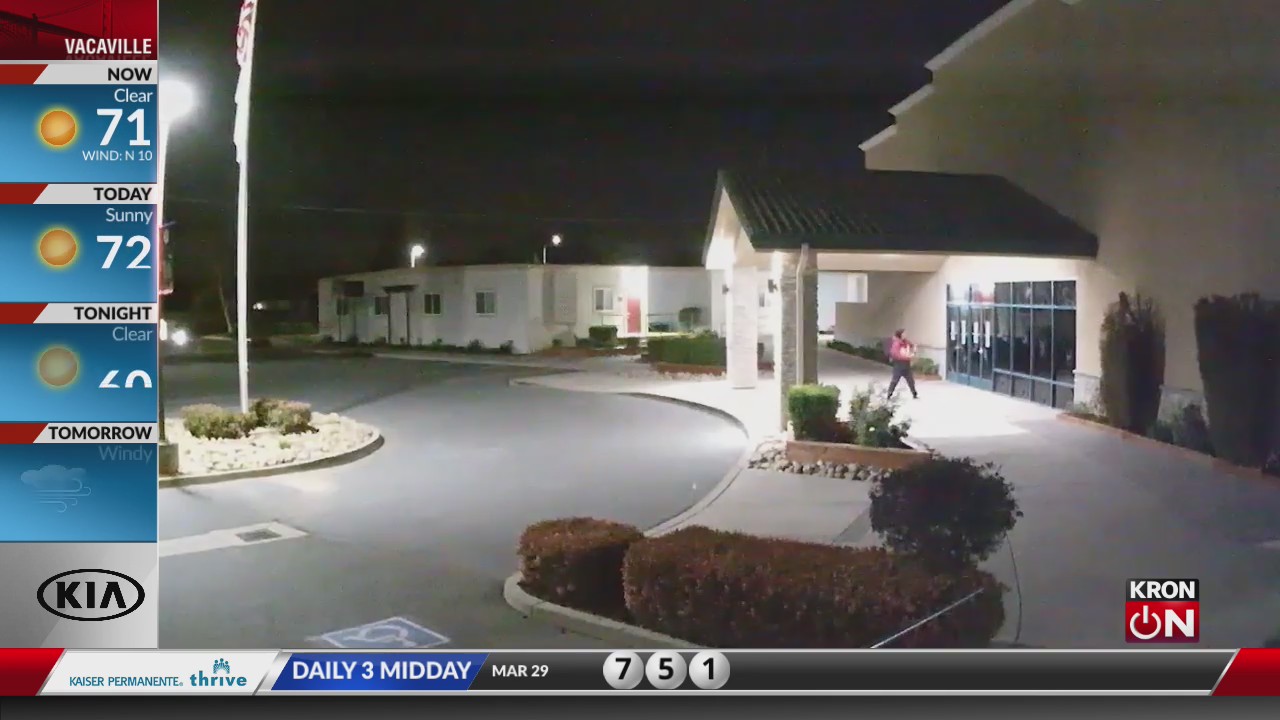 ANTIOCH, Calif. (KRON) – An Antioch church vandalized early Monday morning — Someone threw dozens of rocks into nearly 50 windows and doors on the property causing about $40,000 in damage.

This is just one of the dozens of windows broken at Cornerstone Church in Antioch early Monday morning just days before Easter.

Caught on camera, a man throwing rocks into church windows and doors.

“The video cameras all the surveillance doesn’t even look like he tried to get in and he could’ve because some of the windows were totally broken out,” Steve Miner, Senior Pastor of Cornerstone Christian Church, said.

The church had just finished landscaping the property.

The man picked up some of the newly placed river rocks and threw them at about 50 different windows on the church causing tens of thousands of dollars in damage.

“The community people from other churches have been calling us wanting to help to want to donate all those kinds of things but we do have insurance but we are so grateful but it’s great to see the family of God come together and make sure we are OK,” Miner said.

The doors and windows are now getting replaced.

Senior Pastor Steve Miner hopes to have the church fixed back up by Sunday.

“We got Easter coming up this is our Big Sunday this Sunday so we are excited about that so ya want to get everything fixed up for that,” Miner said.

Police say they arrested a man for felony vandalism just a few hours after the incident.

How to choose the right fireplace for your home