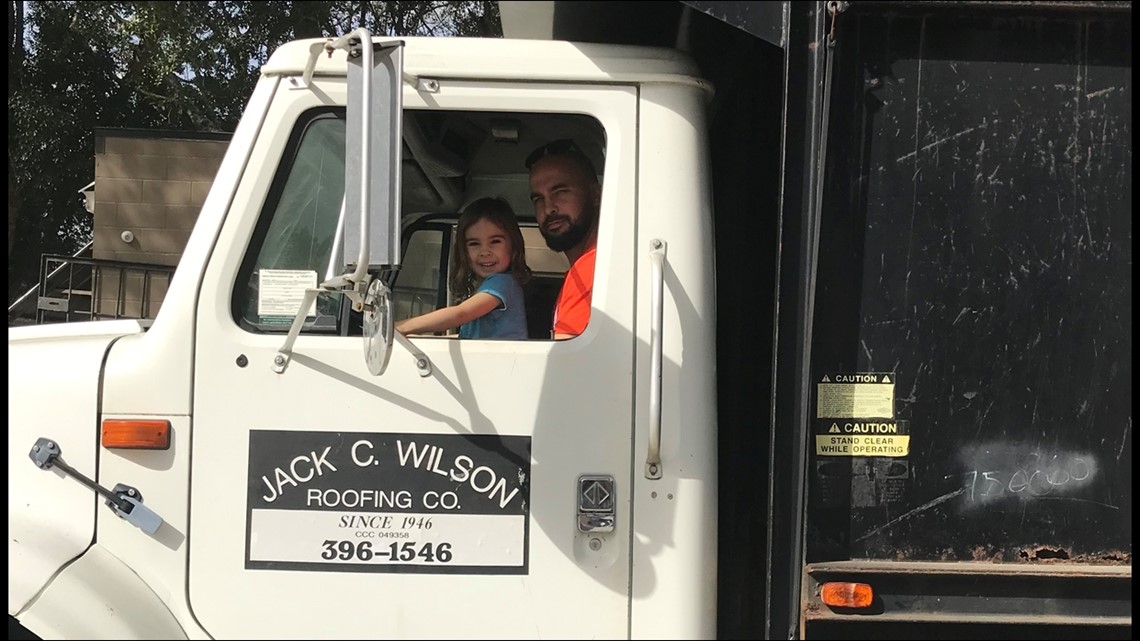 Building a Legacy is unlocking the history of Jacksonville staples that have been family owned and operated for generations.

JACKSONVILLE, Fla — Throughout the month of May, Good Morning Jacksonville is taking a look back at the humble beginnings of a few Jacksonville staples. These are mom and pop shops that customers have relied on for generations.

There’s a roofing company on St Augustine Road that is still serving the community, nearly 80 years after opening up in a garage.

It was started by World War II Veteran, Jack C. Wilson. The company has since expanded and changed owners but not its core.

“This of course is the picture of him with his silver star,” Wilcox said. “We were always very proud of that because it was awarded to him for gallantry in action and he was a true hero.”

“He didn’t have much education because his father died when he was a young boy,” Wilcox said.

She would soon witness what her father was made of as he opened, built and grew Jack C. Wilson Roofing.

“When he first started he didn’t have a vehicle,” Wilcox said. “He was right out of the service. He had some tools and put them in the tool box and rode the bus to the customers residence.”

The business of roofing has and will continue to change, while many aspects of the work remains the same.

“We started working on the roof probably at 14,” Kyle Voss said. “It was hot and we’d go to school and during the summer months we’d get up on the roof. It was tough.”

Kyle and Chris Voss now own Jack C. Wilson Roofing after purchasing it from their father Harold, who bought it from Jack.

“We’re fourth generation roofers in Jacksonville,” Kyle Voss said. “Jack Wilson started this legacy in the 40s. Our dad continued it after him.”

The company changed hands in the 80s but still held on to family ties.

“It’s not our last name but we take a lot of pride in this business,” Chris Voss said.

Pieces of Wilson still remain beyond old photos, trucks and buildings that bear his name.

“He roofed many houses over in the Arlington area and treated people right,” Wilcox said. “He did good work. He stood behind his work. If there was a problem- he took care of it.”

Those are principles have been passed down and over from one family to the next. Setting the foundation for future generations.

“I can see my little daughter, she’s kind of a spitfire I can see her getting into this and running it very well,” Chris Voss said.