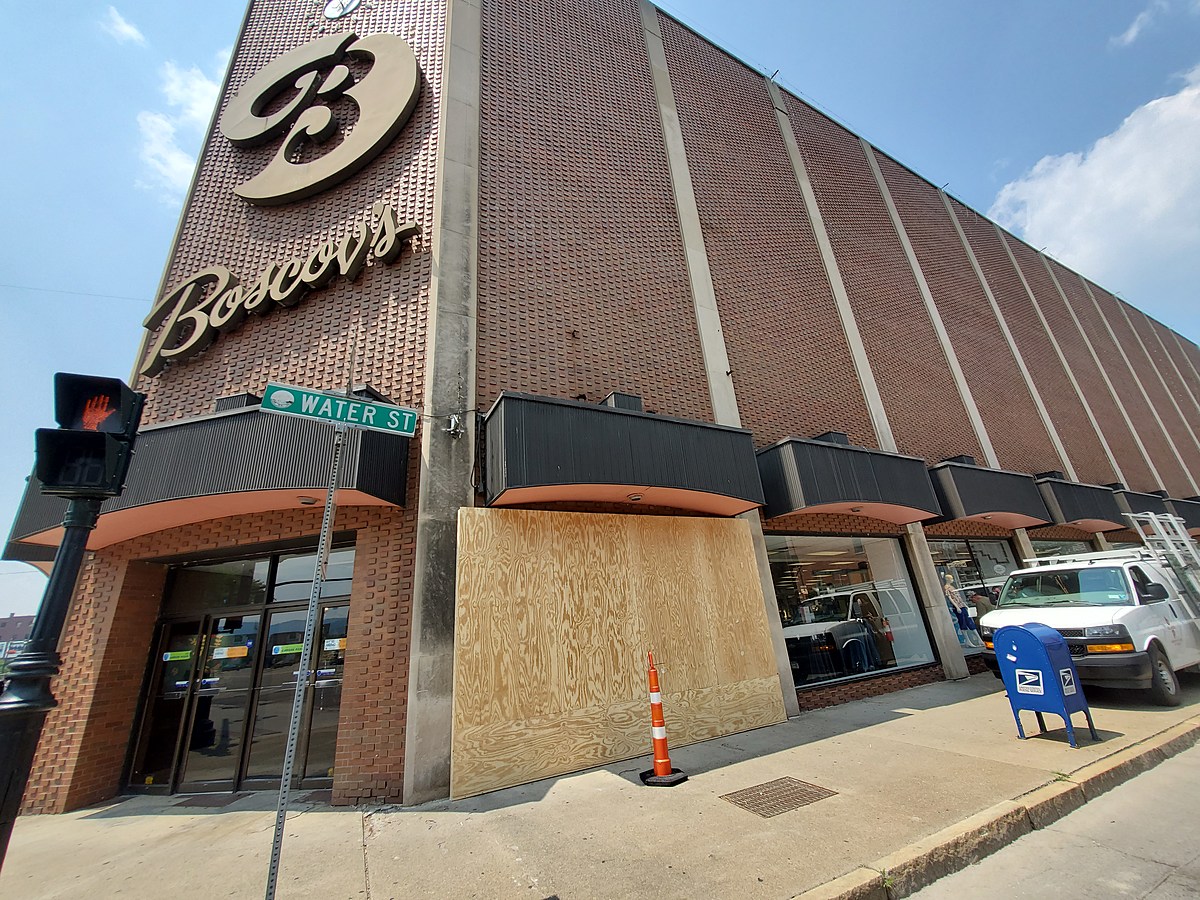 A large window worth thousands of dollars was shattered as the result of a disturbance outside Boscov’s department store in downtown Binghamton.

The incident reportedly occurred early Saturday morning. A person somehow smashed through the display window next to the store’s Court Street entrance.

Boscov’s senior vice president Jacob Stein – responding to an inquiry from WNBF News – in an email said the window apparently was not broken during “an attempted burglary or intentional vandalism.” He wrote: “An incident occurred near our store front that led to it being broken.”

The window – which measured 13½-by-8½ feet – is expected to be replaced later this week. The replacement cost was estimated at a few thousand dollars.

The person responsible for the damage reportedly was identified by police. It could not be determined whether charges have been filed in connection with the incident.

Here are 50 of your favorite retail chains that no longer exist.