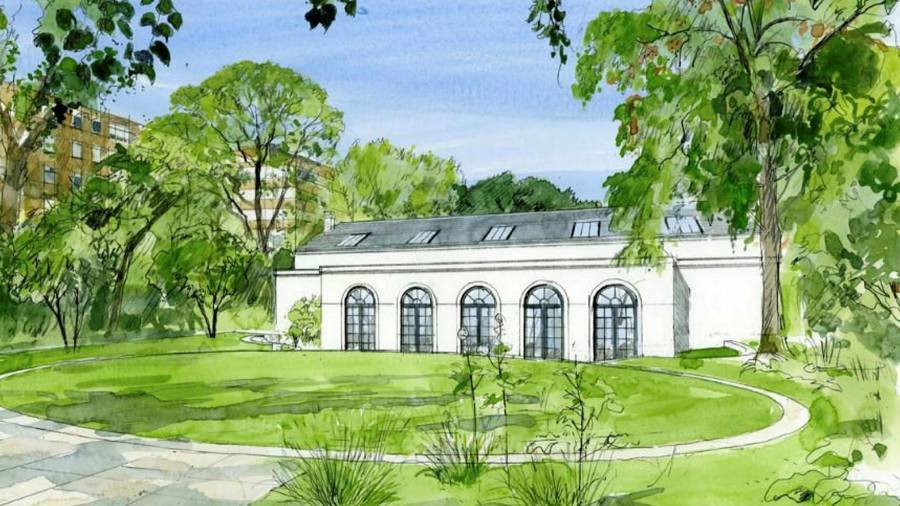 The billionaire owner of the Ivy restaurant chain Richard Caring has been ordered to remove three “incongruous and dominant” windows from his Kensington mansion, as part of a fractious planning row with neighbours.

Caring, who also owns London members’ club Annabel’s and restaurants Sexy Fish and Scott’s, was served an enforcement notice for breaching planning rules by the Royal Borough of Kensington and Chelsea on Thursday.

In its notice, the council said: “The three dormer windows, due to their excessive size, number and position, appear as incongruous and dominant additions harmful to the character and appearance of the property.”

The new additions “fail to preserve the character and appearance” of the local area, it added.

Caring said he was taking advice from heritage experts and did not rule out appealing the council’s decision.

“You have, let’s say, 500 tenants surrounding the plot and you always have a handful who just don’t like anything,” he said, adding that he had worked closely with the council throughout the renovation project.

The businessman paid £40mn for Park House, a 19th century cottage on a one-acre plot in Kensington, in 2017 and set about extensive works to replace it with a much larger house.

That involved digging a two-storey basement, which includes a swimming pool, steam room, beauty treatment room and a summer clothes store, according to planning documents seen by the Financial Times.

Park House is in a conservation area, surrounded by terraced houses and overlooked on multiple sides.

“His house sits in an auditorium there. People have been affected by [the building work] for years. It’s pissed off so many people over such a period of time,” said Roarie Scarisbrick, an estate agent at Property Vision who works in the area.

Richard Caring owns a number of restaurants and clubs, including Annabel’s in Mayfair, London © Guy Corbishley/Alamy

Caring, 73, has long been a fixture of west London nightlife and recently spent close to £70mn gutting and refurbishing Annabel’s on Berkeley Square.

In addition to his restaurants and clubs, he owns a 20 per cent stake in the Soho House chain of private members’ clubs, worth close to £250mn, according to the Sunday Times.

Caring said he was sympathetic to his neighbours after years of construction work, which was delayed because of the pandemic.

When the project is complete, he said, “I’d like to the invite the neighbours over and pour them a very large glass of champagne. Living next to a building site is not fun, I know that.”