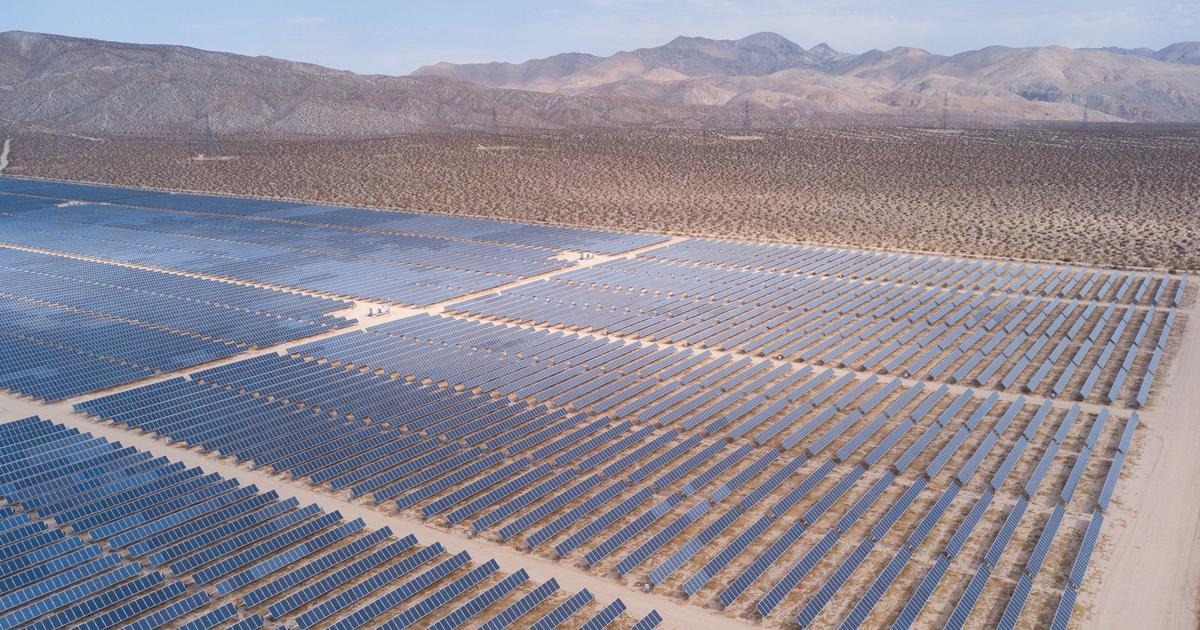 The Biden administration is outlawing U.S. imports of a key Chinese-made product used to make solar panels, following an international pledge by the seven wealthiest democracies to rid the global supply chain of human rights abuses.

CBP Acting Commissioner Troy Miller said in a press briefing Thursday that the agency’s probe uncovered evidence of “intimidation and threats” and “restriction of movement” toward employees.

The stoppage aims to confront the documented mistreatment of China’s ethnic Uyghur Muslim minority without slowing the administration’s progress toward a goal of expanding renewable energy. The U.S. has rallied G7 nations around the embargo, after accusing the Chinese government of genocide against the Uyghurs. Muslim ethnic groups detained in “re-education centers” are subjected to political indoctrination and abusive living conditions, according to a panel of experts appearing before the United Nations in March.

“As President Biden made clear at the recent G7 summit, the United States will not tolerate modern-day slavery in our supply chain,” Homeland Security Secretary Alejandro Mayorkas said in a briefing Thursday.

Yet Thursday’s measure falls short of creating a broad, geographic ban on solar imports for the Xinjiang region, amid calls from advocacy groups for stronger measures. The actions – which would not impact the majority of imports – represent a largely symbolic measure by the Biden administration as it attempts to balance U.S. labor demands with a revamped environmental agenda.

Mayorkas told reporters  imports of all solar products produced in Xinjiang are unlikely to be blocked, unlike the federal government’s blanket ban of cotton and tomato products, put in place earlier this year under the Trump administration. “This is not necessarily calibrated to geography, but calibrated to conduct,” Mayorkas said.

CBP Executive Director Ana Hinojosa estimates that Hoshine exported just a fraction of total imports of solar material over the past 2.5 years — with $6 million in silicon and $150 million containing Hoshine raw materials exported to the U.S. during that time frame.

The new measure is unlikely to handicap China’s solar industry or hinder U.S. businesses fabricating solar panels, since other companies in China, the U.S. and the greater Asian continent also produce metallurgical silicon.

Cracking down on the leader of the solar supply chain will prove challenging for an administration looking to make the U.S. electrical grid carbon-free by 2035. According to the American Clean Power Association, solar power accounts for greater than half of all American renewable energy projects.

Mayorkas said Thursday that the White House’s “environmental goals will not be achieved on the backs of human beings in a forced labor environment.”

In addition to Hoshine, the Commerce Department added four other Chinese companies involved in “human rights abuses in Xinjiang” to a so-called entity list, mandating that U.S. exporters apply for a license from the agency before selling products to the Chinese companies. The companies include polysilicon producers Xinjiang GCL New Energy Material Technology Co. and Xinjiang Daqo New Energy Co. and the metallurgical silicon producers Xinjiang East Hope Nonferrous Metals Co. and Hoshine.

According to an entry into the Federal Register, Wednesday, all companies “have been implicated in human rights violations and abuses in the implementation of China’s campaign of repression, mass arbitrary detention, forced labor and high-technology surveillance” in China’s Xinjiang region.