Home Roofs Bella Vista library to get new roof at cost not to exceed $147,703 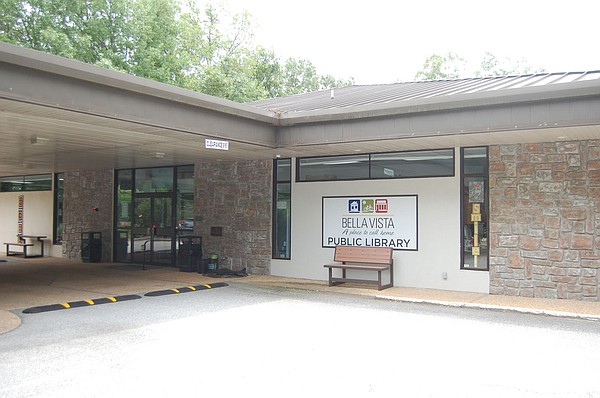 BELLA VISTA — A project to replace the existing leaky roof of the Bella Vista Public Library got the green light from the City Council during Monday night’s regular session held at the District Court Building.

The council passed a resolution awarding the bid and authorizing the mayor and city clerk to enter into a contract with First Star Exteriors in an amount not to exceed $147,703 for roof, gutter and downspout replacement at the library and to amend the 2022 city budget to reflect the cost.

Mayor Peter Christie said even though the city doesn’t own the library building or the land on which it sits, the city is obligated to pay for repairs due to an earlier agreement.

“There is a private Bella Vista Library Foundation,” he said. “They own the building and they own the land, but in an agreement that was entered into soon after we became a city, the city took over operations and maintenance. So when something fails, such as HVAC or the roof, we pick up the maintenance for it. We also purchase the books and pay the salaries and benefits to the people who work there.”

Christie said the metal roof, which was initially installed 25 years ago, is gaping at the seams, causing water to get into the building.

“So we have a problem with the roof,” he said. “It was first put on in 1997 when the building was built. I know absolutely nothing about metal roofs other than they tell me the seams are splitting because they were put on in some fashion that was used in 1997 that nobody uses anymore. So now we have water that’s coming down, and it’s getting into the actual library. As you know, water flows wherever it’s convenient and can find a place to go. So we brought in some companies for bid.”

Street Department Superintendent Mike Button, who headed up the bid process for the project because of his experience in the bidding process, told the council during its Oct. 17 work session that the bid submitted by First Star Exteriors wasn’t the low bid, but that Guarantee Roofing, which submitted the low bid of $143,740, did not supply all the information that had been requested.

Attorney Jason Kelley told the council Monday night, “My understanding from Mike Button, who coordinated this, was that the low number was nonresponsive, that it did not provide some of the information that was requested in the bid, and for that reason it goes to the next one.”

Christie said, “This is not the lowest bid, but the other bids did not include downspouts and gutters, which we had asked for. Plus, this bid has a 40-year warranty, and the lowest one is a 30-year warranty. This is a better deal for the taxpayers.”