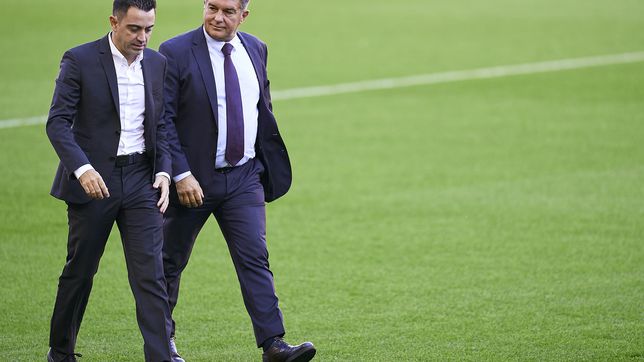 It’s squad planning time at Barça. Xavi promised a casual meeting this week with Joan Laporta, Jordi Cruyff and Mateu Alemany to rethink the second part of the season that he and the team will face without the recently-retired Gerard Piqué. This means that, with the definitive addition of three reserve team players: Iñaki Peña, Gavi and Balde to the first team, Barça will have 22 first team squad members to get them through to June – that is, of course, unless Memphis moves on in the January window… Xavi is keen to be careful. The league season ends on 4 June, and if Barça advance in all competitions, the team would have to play up to 40 games in six months. Xavi doesn’t want to fall short.

In the theoretical list of preferences, the first concerns the right side. He considers Bellerín and Sergi Roberto valid players, but not top players. The big question is whether there is an available full-back on the market who meets the coach’s requirements. Last summer, after Azpilicueta turned Barça down, the club targetted Juan Foyth but Villarreal insisted on the player’s buy-out clause being paid in full. The priorities in central defence have also changed with the departure of Gerard Piqué. Barça now have four central defenders: Eric, Koundé, Christensen and Araújo, but all four have had injuries and some of them will occasionally have to play at right-back if the club doesn’t sign anyone in January. Although Marcos has adapted well to the position, Barça could make an attempt to sign Iñigo Martínez, for whom Mateu already asked Athletic’s general manager Jon Berasategui. The operation came to a halt when Koundé’s transfer was activated, but Xavi told Iñigo that he would be a priority if Piqué left in June 2023. The central defender’s farewell has been anticipated and Barça could put in a lower offer for the Basque centre-back.

In midfield, the big issue is finding a replacement for Busquets. Zubimendi is the preferred candidate – but for the 2023-24 season. Meanwhile, the door is open for the possible return of Nico.

The attack will only be strengthened if Memphis leaves in January. A factor will be complying with financial fairplay rules. Barça have made a significant saving with Piqué’s salary, but the overall wages bill rose a fair bit last summer and they could have trouble maintaining one-one status in the 2023-24 season. This year, the wage bill has skyrocketed to 656 million euros. The aim is for it to stabilize at about 500 million in 2025.