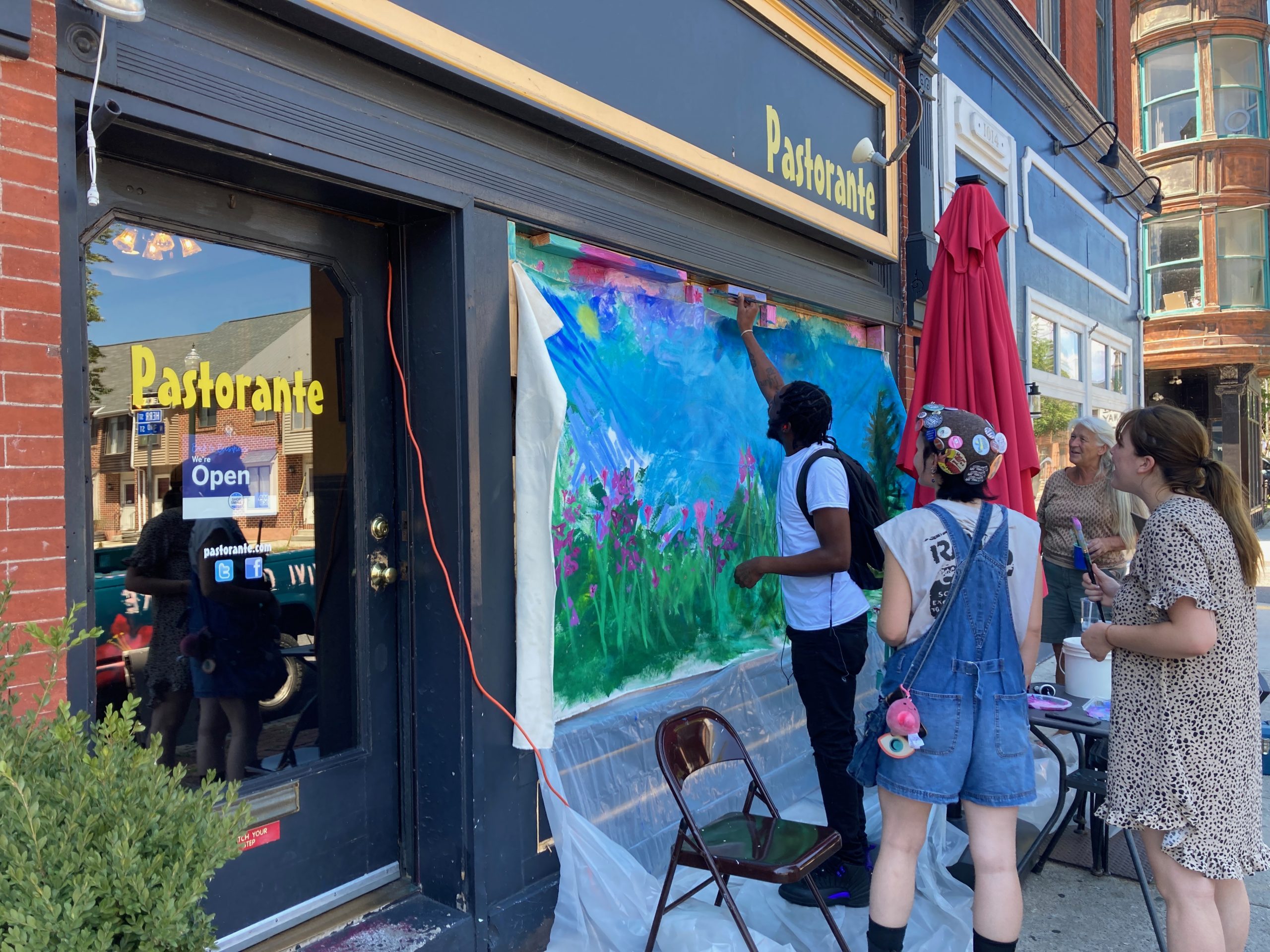 The community is getting creative to help a Harrisburg restaurant look a bit brighter.

On Thursday, local artists and community members gathered at Pastorante, a restaurant in Midtown, to hang and paint a canvas on the front of the building. The artwork covers a boarded-up window that was shattered during gunfire last week.

Early in the morning on Aug. 12, the restaurant’s window on the 1000-block of N. 3rd St. was hit during a shooting incident. Pastorante was closed at the time, and no one was injured.

However, Kumarasingam now must replace his window, which will likely take two to three weeks, he said. He does not know yet what his insurance will cover. In the meantime, he launched a GoFundMe page to raise money. By Thursday afternoon, the page had raised nearly $5,000.

According to Kumarasingam, business was slow over the weekend, which he believes was due to the building’s appearance. The mural, which is in progress, will help with that, he said.

“This will definitely help business,” he said. “It will be a talking point, and it will look pretty outside.”

Sterste said that over a dozen people stopped by to leave their mark on the mural by Thursday afternoon. She expects to continue painting for the next day or two, or whenever the mural is complete. The inspiration for the painting came from Kumarasingam’s request for an image of a field of flowers.

“This is an effort to support the community and get people involved,” Sterste said. “It’ll be colorful and hopefully encourage business and bring some joy.”

Midtown resident Tonya Andrews dined at Pastorante before and loved their black squid ink pasta. On Thursday, she came to help paint after seeing Sterste’s post about the project on Facebook.

“I have the time and I want to help,” she said. “It’s always good to help out. And I like this restaurant.”

If you like what we do, please support our work. Become a Friend of TheBurg!