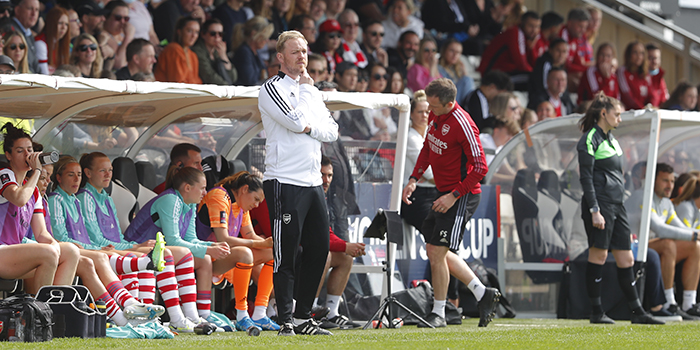 Arsenal Women finished a point behind Chelsea at the top of the WSL last season, with the title race going right down to the wire (the Gunners were top at half-time on the final match of the campaign). It’s been a quiet summer in turnover terms, Arsenal secured Jen Beattie, Steph Catley, Vivianne Miedema, Noelle Maritz and Caitlin Foord to new contracts at the end of last season.

It represents a far quieter summer than 2021 when Arsenal brought in six players (three of whom have already left) and a new coach. They also made three additions in January 2022. This summer so far, Anna Patten has rejoined Aston Villa on loan, Nikita Parris has been sold to Manchester United, back-up goalkeeper Lydia Williams joined PSG, Simone Boye has signed for Hammarby, Viki Schnaderbeck has retired with her Arsenal contract expiring and Tobin Heath has joined OL Reign. Third goalie Fran Stenson joins Birmingham on loan.

Between them, the departing players started just 13 WSL matches last season, on only five of those occasions saw a player complete the full 90 minutes (two of those belong to goalkeeper Lydia Williams, starting when Zinsberger was unavailable). We can see that none of these were reluctant departures.

It’s been a tough market for most big clubs this summer, PSG, Barcelona and Chelsea are all still looking to make big moves too as the demand for top players outweighs supply. With a World Cup next summer, players want guarantees over game time; which has made it difficult to convince players to join clubs who already have big squads.

The WSL transfer window closes on 8th September, an additional complication as the final days of the window clash with an international break. Ahead of September 8th, here are some questions around Jonas Eidevall’s squad build ahead of the 2022-23 season.

Resilience in the number six position
Lia Wälti was, in my view, Joe Montemurro’s best signing. It was the perfect example of a coach kicking off his squad build with a player fundamentally suited to the style of play he was looking to implement. Wälti has been a mainstay in the team ever since. Last season, she admitted that it took her some time to adapt to Jonas Eidevall’s high pressing style. 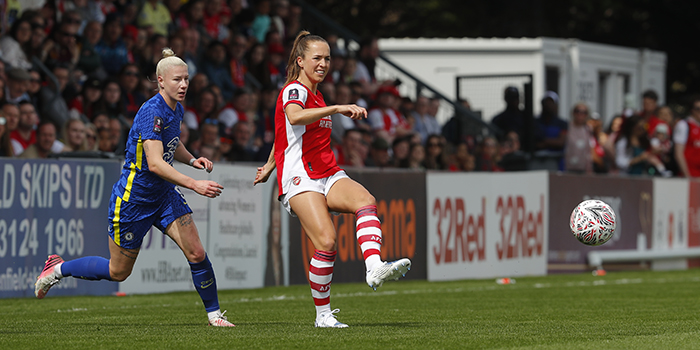 During the second half of the season, she was probably Arsenal’s most consistent performer, as Eidevall himself acknowledged when I spoke to him in March. Since Lia’s arrival in 2018, Arsenal have struggled to procure an emphatic alternative at the base of the midfield.

Leah Williamson has occasionally been repurposed in Wälti’s absence, as have Kim Little and Frida Maanum. In 2020, Arsenal signed 20-year-old Malin Gut as dedicated back-up but Gut was profoundly homesick before picking up an ACL injury and leaving the club after a handful of appearances (she has since announced that she is taking a break from football altogether).

Wälti’s brief absences from the team last season were incredibly damaging. Arsenal lost a solitary WSL game, away at eventually relegated Birmingham. Lia had to pull out in the warm-up and was hastily replaced by Frida Maanum. Birmingham opened the scoring with a simple long ball through the middle of the pitch after a couple of minutes.

Wälti was also forced to miss the fateful Champions League quarter-final second leg at Wolfsburg last season as the Gunners were overrun in the engine room. Eidevall told me in the wake of that game, “I told her it (her absence) was bad for the team but good for her because she can see how important she is.”

The question then is what Arsenal do to support and rotate with Wälti in that position in 2022-23? Links with a defensive midfielder have been non-existent (which doesn’t mean one hasn’t been targeted, of course). Maanum didn’t play in the six position again after that Birmingham game, which suggests she is exclusively seen in a more natural 8 role.

Kim Little often drops deepest in build-up anyway when Wälti is playing. It could be that Little is seen as the back-up in that role with Maanum moving into the number 8 when the Swiss is absent. Whatever the plan, whether it be a late transfer or an internal solution, it will be intriguing to see what the contingency turns out to be.

Resilience on the right-wing
Arsenal’s outfield addition so far this summer has been Swedish international Lina Hurtig. Hurtig can play across the front line but revealed in an interview with Arsenal.com that she has been signed mainly to play on the left-wing. Arsenal already have Katie McCabe and Caitlin Foord as their regular left-wingers.

Every one of Nikita Parris’ Arsenal starts last season was on the right-wing. Only Mead and Parris started in this position last season. With Parris departed there appears to be more of a gap on the right than the left. It will be interesting to see what the contingency is to rotate with and support Beth Mead who has that position locked down, currently. 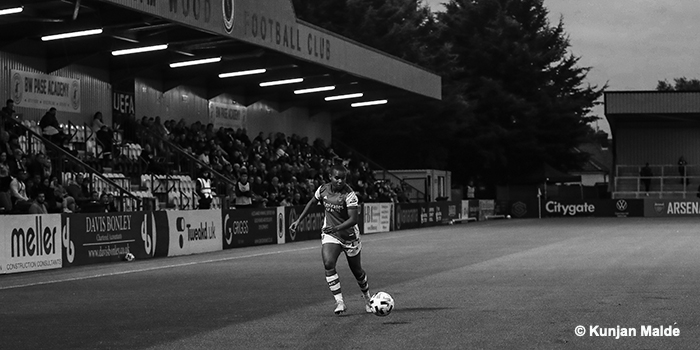 Caitlin Foord is capable of playing on the right, which would restore the equilibrium. Hurtig herself can play on the right too. Eidevall generally does not play with inverted wingers so it would be a surprise to see Katie McCabe play there, though it’s possible she will be solely considered as a left-back to compete and rotate with Steph Catley, leaving Hurtig and Foord as his left-wing choices. How Eidevall reinforces that right hand-side (again, in lieu of a late signing) will be another curiosity.

Can we get more from certain players?
On paper, Arsenal’s squad is very well stacked with the exception of the number six position beneath Lia Wälti. However, there were players Eidevall could not find a lot of minutes for at the end of last season. In the final 900 WSL minutes (10 matches) of the season, Jordan Nobbs played 225 (one start), Frida Maanum played 167 (0 starts), Nikita Parris 109 (0 starts) and Mana Iwabuchi 31 minutes (0 starts). 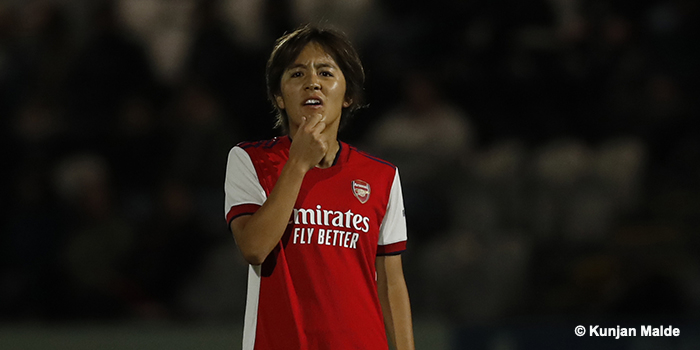 In Iwabuchi’s case there is a large injury caveat, in Nobbs’ a small injury caveat (she missed the final two matches). Parris might have left but Lina Hurtig is essentially taking her place. Eidevall found a settled side in the second half of last season and there was very little rotation of places, which might explain why some targets have not been keen to sign for the club this summer (that is pure speculation on my part).

With Vivianne Miedema moving into the number 10 position, that would appear to limit Jordan Nobbs and Mana Iwabuchi’s opportunities unless Nobbs is considered for the number 8 position (full disclosure, I think she should be) or else whether both or either will be considered for that wide-right position.

It’s a delicate balance because Arsenal played really well in the second half of last season. The only games they did not win in the wake of the early January defeat to Birmingham were creditable away draws at Manchester City and Chelsea. Though there was the UWCL defeat at Wolfsburg and a disappointing FA Cup semi-final defeat against Chelsea. It’s a close to impossible line to tread for a manager to have continuity (which has countless benefits) and to be able to keep the size of squad required for assaults on multiple fronts happy.

Can Arsenal bring in 1-2 players before September 8th and, if so, can Jonas Eidevall find minutes for all of them across the season? With no Conti Cup group stage for UWCL sides, there are potentially even fewer opportunities to rotate and keep squad players happy. In the second half of the season, only the FA Cup early rounds offer that potential. Can Eidevall find a way to have 17-18 preferred players as opposed to 12-13 preferred players and a group who otherwise struggle for minutes?