Home Windows and Doors A $3.5 Million Budget And 4 Options To Choose From In Bukit Timah: Here’s What This Buyer Picked For Their Family Home – Property Blog Singapore 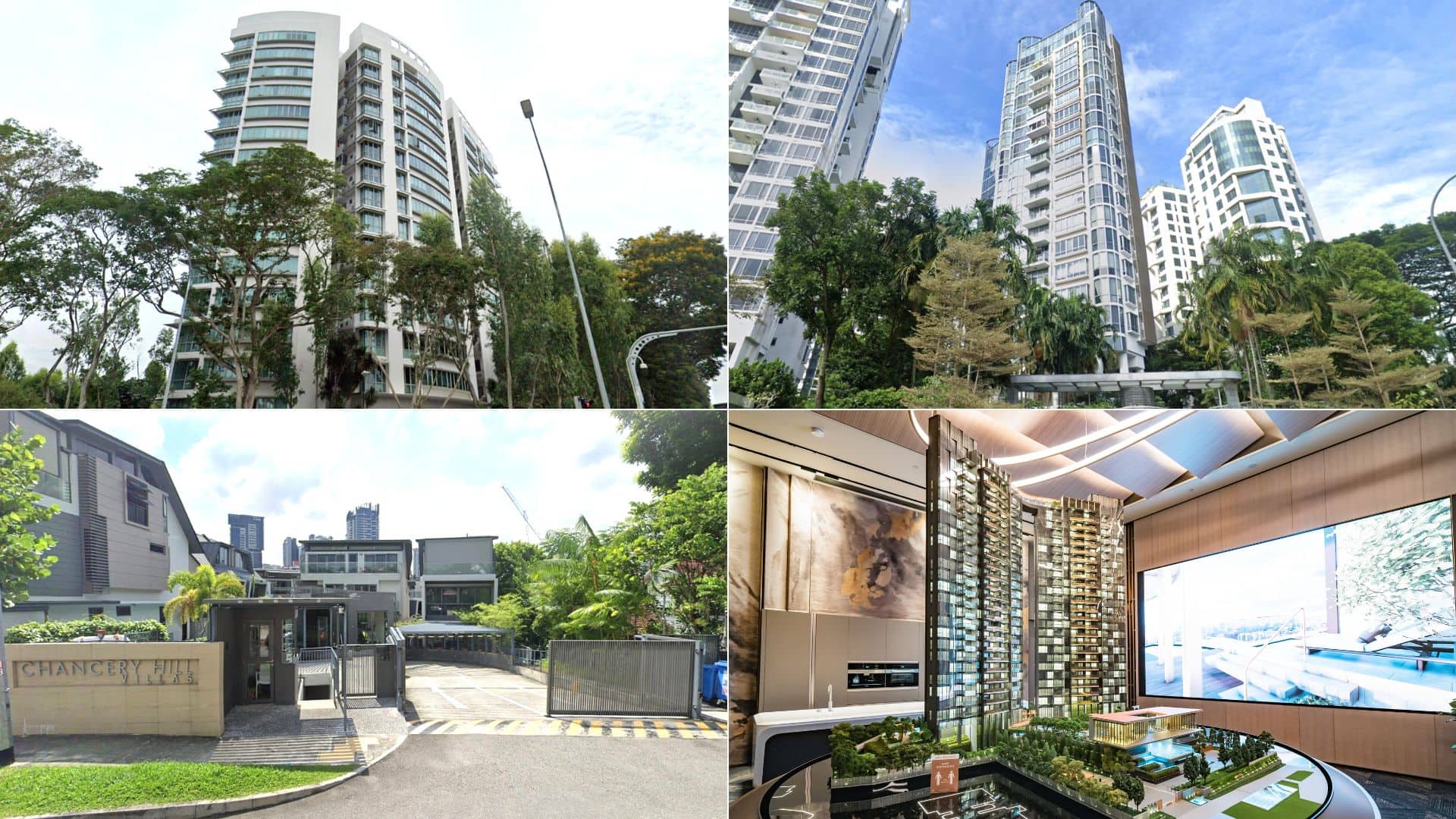 M & W have got it all planned out for their kids. As they are alumni of both ACS and SCGS, they naturally wanted their kids to follow in their footsteps and go to the same schools. Well, that is, until reality came crashing down on them.

You see, the family was already settled in the southern region of Singapore, in the Keppel Bay Area. Both work and leisure, CBD and VivoCity, are just a few minutes away. And if they want to go for long walks and adventures, the serene environment of Mt. Faber is right at their doorstep. 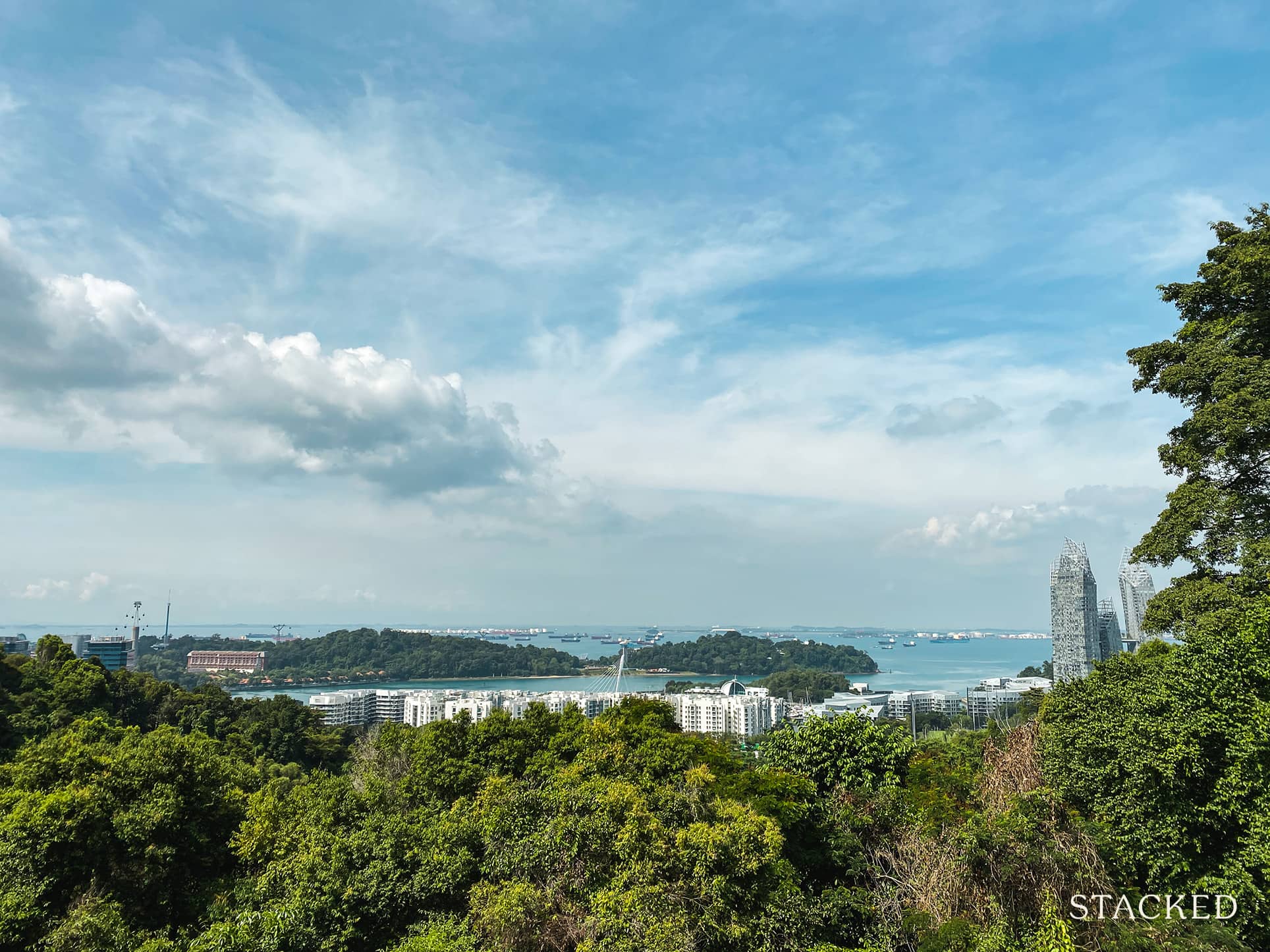 But when school started in 2019, they soon realised the unforeseen problems of their plan.

Travelling every day from the south definitely takes a much longer time than expected. Even if they did start their day earlier, meals still have to be squeezed in.

And then there’s the traffic – which was always a nightmare.

They would have to go down Alexandra Road, which was thankfully smooth, only to meet a huge jam at the U-turn of Keng Chin. This was a daily routine, and it soon became a dread for them each day.

Plus, the thought of having to do this for a further 10 years (primary + secondary school) was a daunting proposition.

So M & W decided to make some huge lifestyle changes – and it involved shifting into a new place closer to the schools.

After speaking to friends and family, there were two chains of thought:

I guess this is also a tale of two hearts, where one would look at things from an investment point of view and the other from a more sentimental point of view (both not wrong).

They went for #2 and rented their 3-bedder penthouse out in exchange for renting a 2-bedder patio unit near the schools.

The Buying Journey Has Started…

Many things have changed, such as working from home, different offices and postings, and lifestyle changes. But despite all that, one thing remained constant. They were still renting in the same area close to the school.

Those years helped them realise that having proximity to Orchard, being close to an MRT station, and the schools were much more important. Their priorities had changed, so they decided to look for a more permanent place to see their kids through school. 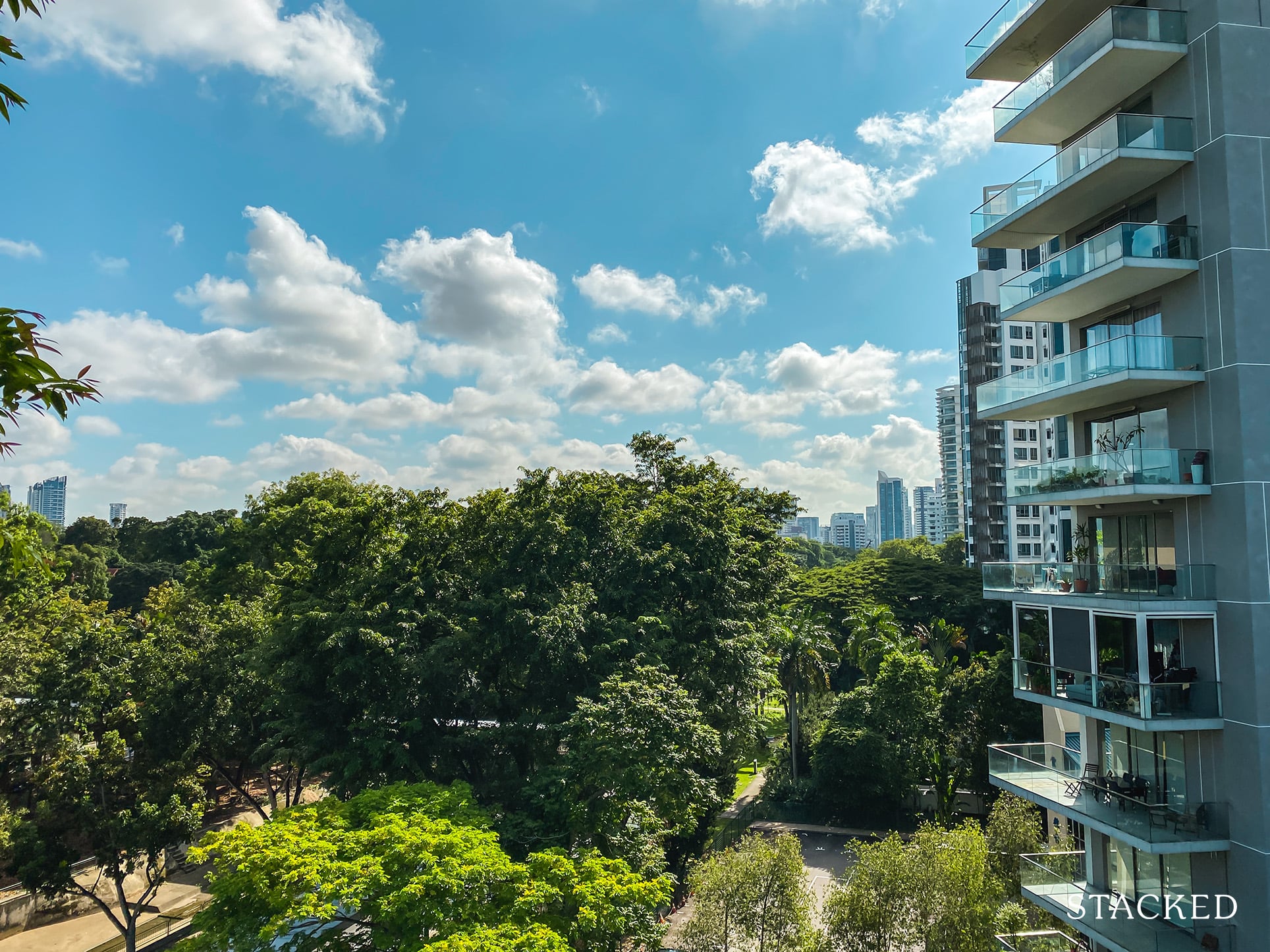 Here’s the problem, though.

They were feeling the pinch of the lack of usable space – and M & W were particular on size. “Above 1,500 sqft” was the criteria that they mentioned to us many times.

It’s a crucial criteria that has started plaguing most of us since the pandemic started. Having spent so much time at home, a lot of homeowners started having regrets about buying a smaller place.

Since they were renting, their plan was to offload their current property first once the lease was coming to an end. They also decided to extend their current rental place so they could have more time to search for a new home.

The timing was impeccable due to the rise in the property market and a shortage of supply. Despite the small target audience for their 3 bedroom penthouse, they managed to sell it off at a profit.

Now with all the cash in their pockets, they set out to figure out what their needs were.

A 3-bedroom unit is a must as the kids are growing up fast. They also wanted a good kitchen and yard space for storage and possibly a helper’s room, and a decent living and dining space.

They also had other criteria to ensure the place they’re moving into can provide an ideal environment for their children to grow up in.

Will the kids be able to commute home independently and safely?

Is the space going to be big enough now that we have almost outlived the current rental space?

The couple, having all these criteria in mind, set out on their buying journey and we helped them to narrow down to these options. 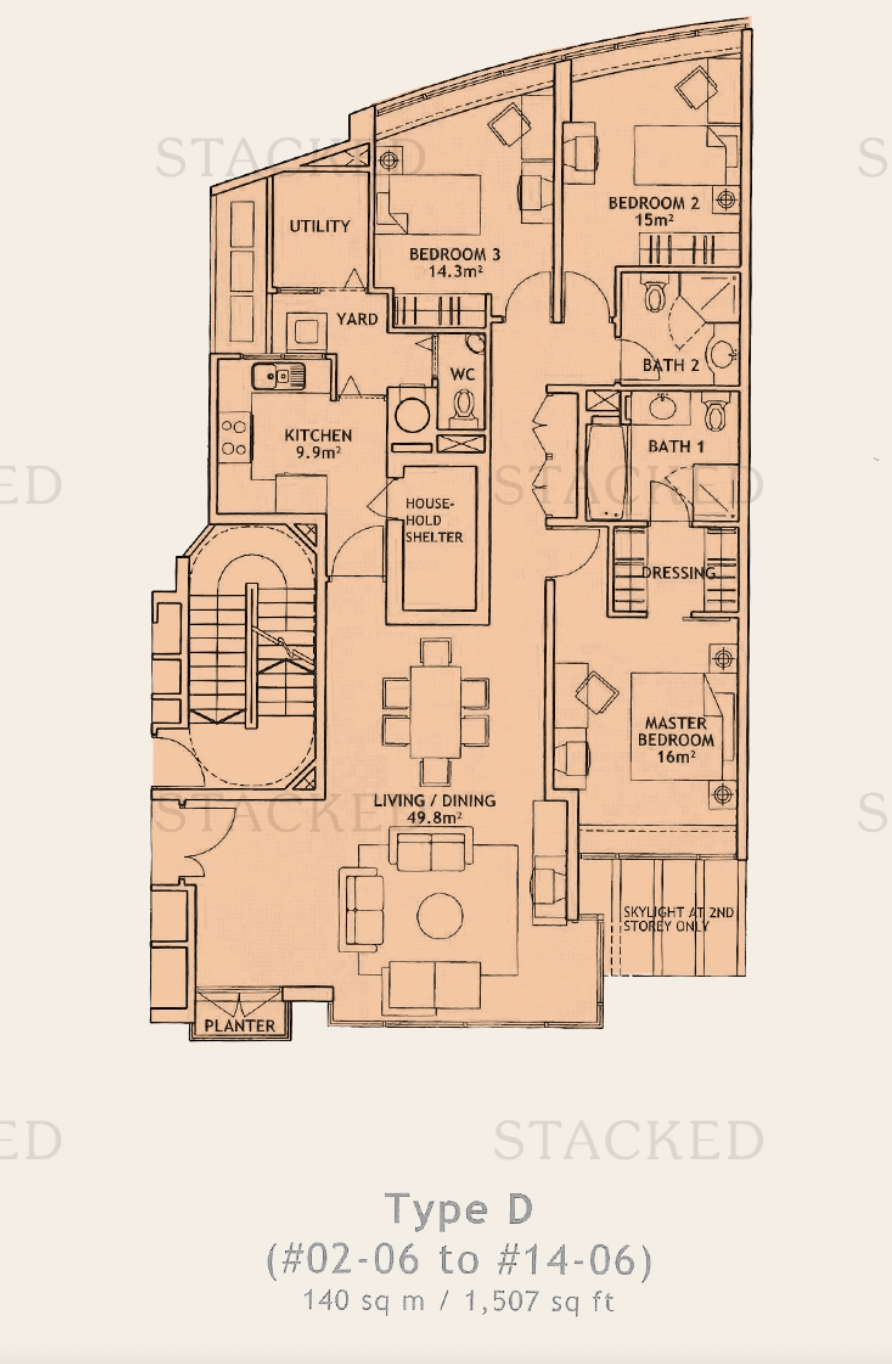 The house is located in the Equatorial, where the grounds were pretty well maintained but needed the full works done internally. This was a downside though, given the higher cost of renovation during the pandemic.

They liked the location of this property as it was along the Bukit Timah/Stevens cross junctions. Here, you have both MRT and bus options to go either direction, as well as Orchard. Plus, it was a dual line of Downtown and the Thomson East Coast line. While it did not come with a balcony, the unit had large full-length windows in the living room. It felt pretty good and airy and faced the landed area along Margoliouth. Overall, it’s a space with potential for a complete rebuild 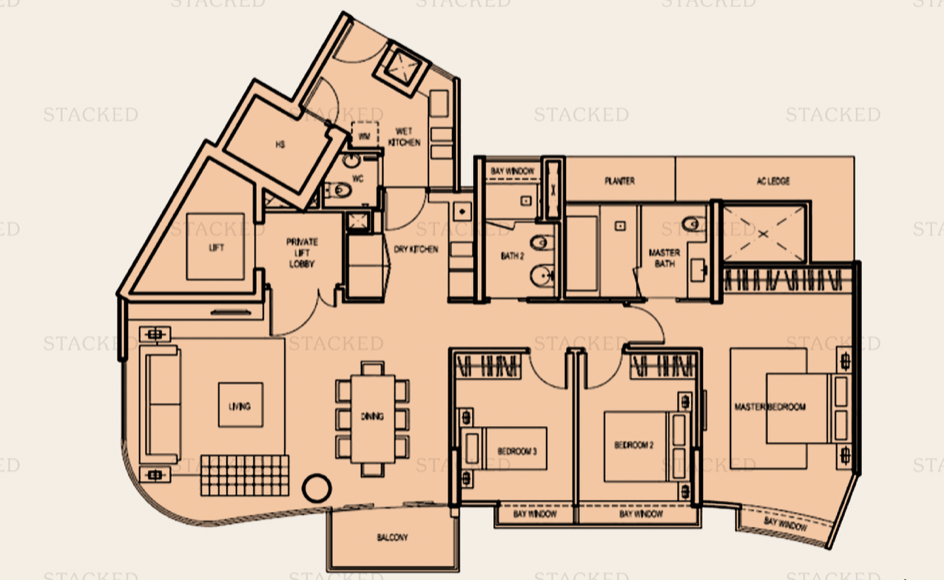 This time, the unit is in Madison Residences – where the grounds were a little smaller but they could possibly avoid a full gut reno to save on the floorings.

The provisions of the development were pretty decent. Being a little newer and conceived in 2008-2012, it had a few design quirks, such as planter boxes, curved rooms, balconies, and bay windows. The biggest draw to this property for the couple was the proximity to the schools. An overhead bridge within a couple of meters from the front gate led to both schools (traffic jam averted). It was also two bus stops to Stevens MRT and a 5-minute drive to Orchard.

Being a cluster house development, the house came with a common area that houses a lap pool, some barbeque pits and a basement carpark. It was a corner unit, so the natural lighting was really abundant. It came with a basement and three storeys filled with a slightly underwhelming kitchen but a great master bedroom on the top floor that combined two rooms.

As with cluster homes though, while on paper it may seem big, having multiple staircases over 3 levels meant that the interior space isn’t as big as you might think. 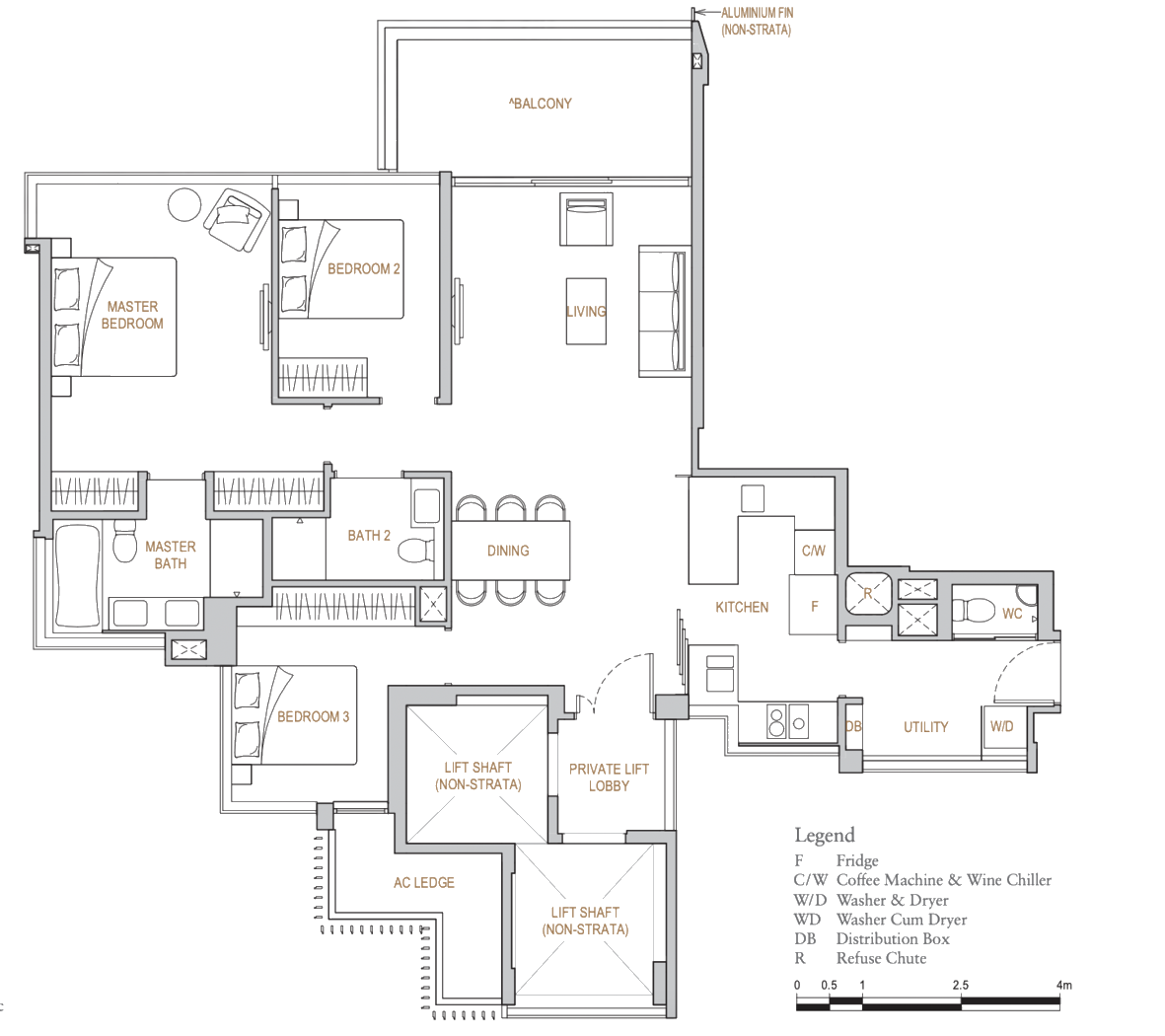 The couple were at first hesitant to even bother viewing the show flat, as the size of the unit was under their requirements of 1,500 sq ft.

The unit did surprise them though, as every unit had a high ceiling of 3.225 metres.

It was also done pretty well in terms of layout, where the new BCA rulings removed bay windows, bomb shelters, and planter boxes from the GFA. As a result, it was a more efficient use of space. Most materials and built items came with it, so they liked that there was very minimal work needed. Also, being next to Madison Residences, it has the same location perks, such as the overhead bridge, the two stops to Stevens MRT, and the proximity to the Orchard Road vicinity.

Which would you choose?

Which do you think they chose?

A Perfect Ending To Their Adventure

Following the criteria they established, they had to take a look at all these apartments around the vicinity.

This included the few mentioned above and a few more that were simply not ideal by either build and layout or value retention.

The first place that was taken out of the running was Chancery Hill Villas, mainly also because they had to really stretch their budget. While the idea of a cluster home seemed to make sense, after viewing the home they found that it didn’t seem all that big. The monthly maintenance cost was also quite high, but the killer was really the walk to the schools. It was quite a bit further than they expected, and walking home was a tiring uphill walk as well.

Between Perfect Ten and Madison Residences, it was a close fight given the location was essentially exactly the same. 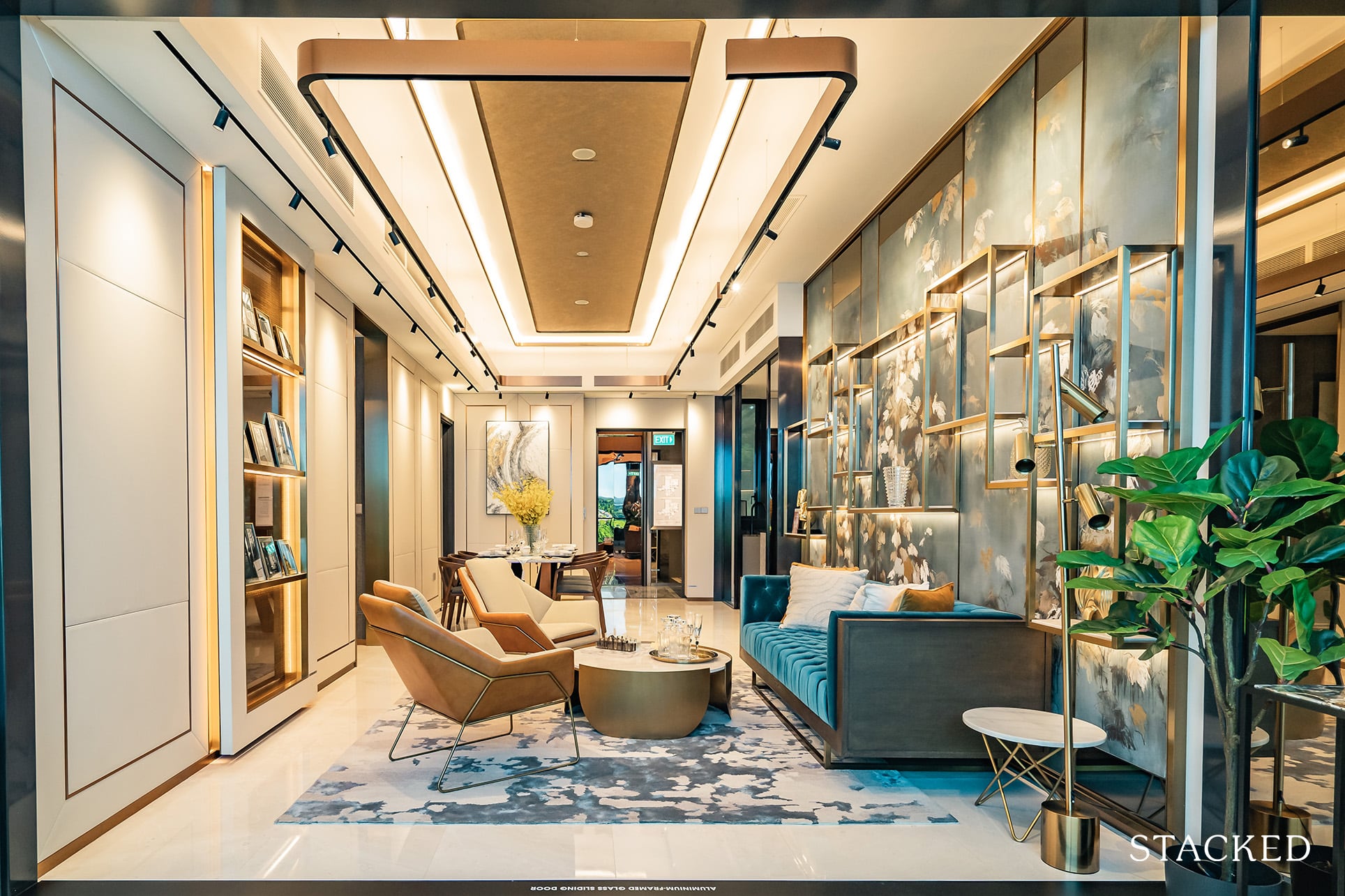 Ultimately though, they picked Perfect Ten over Madison Residences because they felt that Perfect Ten with the layout, plot size, and luxurious theme would stand a better chance to retaining its value in the longer term.

Madison Residences was decent. But at a very similar price tag, Perfect Ten – even though it was a little smaller – had a more efficient layout and a good-sized storage/yard area.

As both were freehold anyway, they decided that Perfect Ten would suit them a little more given it was newer and more modern. And also, of course, some promotional prices towards the end did help to sweeten the deal.

Most of the developments in the Bukit Timah region face the main road, and they’re structurally built to maximise the land space. But Perfect Ten was pushed back on purpose to load the common facilities closer to the road and shield the blocks from the road noise.

For now, the couple is rather satisfied with their choice. It still remains to be seen when the actual development is built – that’s the risk with buying a new launch, but with the location, they are glad to be able to save travelling time for their kids.

Bought a home recently and would like to share your home buying journey with us? If so, please email us at hello@stackedhomes.com