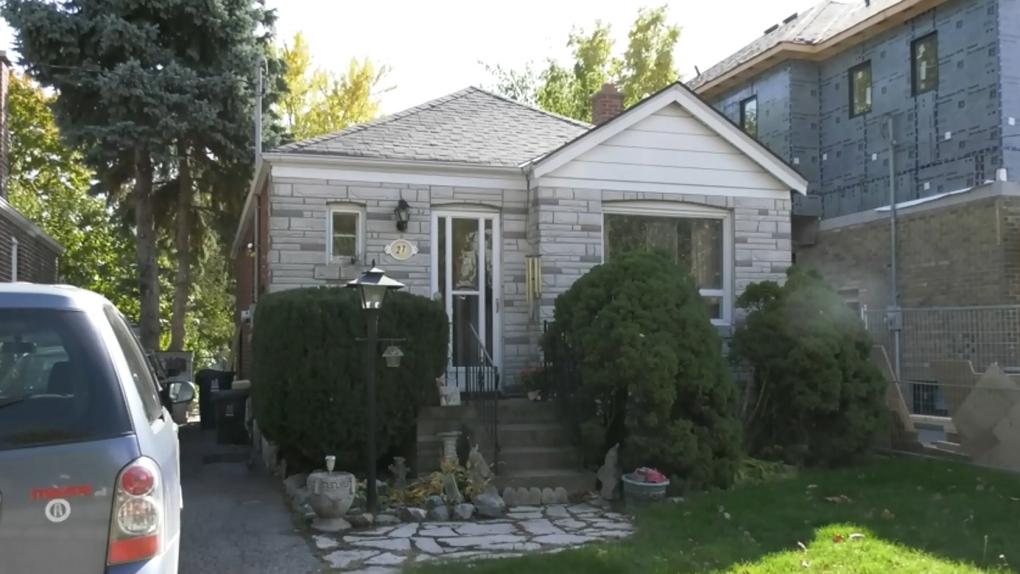 Winnifred Davie said a man in a safety vest, work boots and gloves came to her Etobicoke, Ont. home and said they were working on roofs in the area.

“At first he said he could re-shingle my roof for $17,000, but I said I had the roof done only four years ago,” Davie told CTV News Toronto.

Then, the man said he had been using a drone to check homes in the area and noticed that Davie had damage on her roof caused by animals.

“He said the drone showed there was a big hole in the roof and that the chimney was loose and tippy,” she explained. “He told me he would recommend I have it done while they were here, because winter is coming and he said that chimney might come right through [the roof] on me.”

Concerned, Davie went to her local bank and took out $4,500 cash on a line of credit.

When she got home the man returned, took the $4,500 cash and said his men would be over within the hour to do the roof, but no one ever came.

The company name on the contract Davie received is Underwood Roofing and Masonry. The phone number on their website is not in service and emails to the company from CTV News Toronto were not returned.

As well, Davie said the address on the contract led to a post office box.

Davie said she asked construction workers working on the house beside hers if they could check her roof. She said when they did, they found there was no damage and the chimney was also fine.

According to Ontario Consumer Protection, to avoid a roofing scam beware of unsolicited roofing offers, any claims your roof is damaged and needs immediate repairs and never pay in advance for work until it’s completed.

If you are asked to make a deposit on a job you should limit any down payment to 10 per cent and always research roofing companies before you hire them.

Meanwhile, Davie said being scammed has been hard on her health and she also still has to pay the bank back the $4,500.

The scam has been reported in other parts of the province and earlier this month the Ontario Provincial Police issued a warning to residents in Parry Sound specifically.

According to police, the scam targets elderly victims and homeowners are often told a drone found damage on their roof that does not exist.