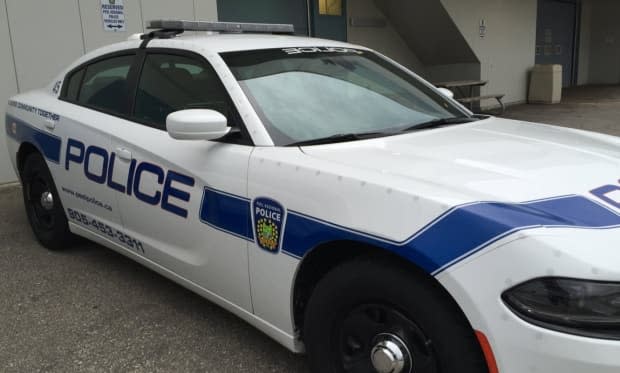 A lawsuit against the Yukon government alleges officials ignored an engineer’s assessment of Golden Predator’s Dawson-area Brewery Creek project, reducing the recommended financial security of $12 million to just $1 million. But Golden Predator is firing back with its own legal action, claiming the engineer made defamatory statements about the company and its CEO during a mining conference in 2020. Former chief mine engineer Paul Christman filed a statement of claim against Yukon’s Department of Energy, Mines and Resources (EMR) on April 21, alleging he was professionally punished after raising concerns about the Golden Predator file. He’s seeking damages for breach of employment contract, punitive damages and legal costs. EMR spokesperson Sue Thomas declined comment on the lawsuit. Golden Predator CEO Janet Lee-Sheriff also declined to comment on Christman’s lawsuit. The company is not named as a defendant but is heavily referenced throughout the statement of claim. Golden Predator and Lee-Sheriff, however, filed their own lawsuit with the B.C. Supreme Court on May 14, claiming that Christman, in his role as a Yukon government employee, “falsely and maliciously” made statements about them during the Vancouver Resource Investment Conference, commonly referred to as “Roundup.” They’re seeking damages, and for the government to launch an independent review on Christman’s influence on any Golden Predator files. Neither case has gone to trial yet. Recommendations ignored, Christman claims Golden Predator’s Brewery Creek project, located about 55 kilometres east of Dawson City, was operated as a gold mine by another company from 1996 to 2001. Golden Predator took over the property in 2012. According to Christman’s lawsuit, Golden Predator requested in April 2019 that EMR confirm it had a valid quartz mining licence over the Brewery Creek claims, “a task which fell squarely under Christman’s purview.” Christman completed a financial security assessment for restarting mining activities in August, the statement of claim continues, and, based on the existing plan and proposed work, determined the security should be set at $12 million. In a draft letter, he also stated that environmental and financial security assessments would be required, as well as an amendment to the quartz mining licence. However, the lawsuit alleges his draft was “significantly edited,” with the letter that was sent to Golden Predator containing no mention of the requirements for an environmental assessment and licence amendment and stating the company had a valid licence. EMR also “disregarded” Christman’s financial security assessment, the statement of claim says, and “instead agreed with Golden Predator to financial security in the amount of” $1 million, including $400,000 provided by the mine’s previous owners for “post closure activities” but not for re-opening. The Brewery Creek gold mine near Dawson City.(Golden Predator) Confrontation at Roundup The rift only widened from there. The lawsuit alleges Christman noticed a Golden Predator news release claiming Brewery Creek was fully licenced to resume mining activity when it didn’t have a valid water licence, but was “discouraged from reporting the issue” after raising it with his director. He was then excluded from closed-door meetings between Golden Predator and EMR’s assistant deputy minister, deputy minister and minister at Roundup. During the same conference, Christman was involved in a “brief incident” with Lee-Sheriff and Golden Predator executive chairman Bill Sheriff, whom the lawsuit alleges “confronted and accused Christman of criticizing Golden Predator at the Roundup and threatened to get him fired.” Golden Predator’s lawsuit offers a different view of the “incident,” alleging that Christman “loudly and publicly” called Lee-Sheriff a “liar” when she stated in a presentation that her company held valid quartz mining and water licenses for Brewery Creek. Lee-Sheriff, according to her claim, invited Christman over to Golden Predator’s conference booth to address his concerns but Christman allegedly “yelled at and publicly berated” her over the water licence, and when she walked away, made “sexist and gendered statements” to Sheriff, including telling him to get his wife “under control.” On the second-last day of Roundup, Christman anonymously reported Golden Predator to the British Columbia Securities Commission, his lawsuit says; the next day, the company threatened a defamation suit against him for the “incident,” and also demanded he be removed from all Golden Predator files. The “incident” and threat of legal action led EMR to launch an investigation, according to Christman’s statement of claim, with his director removing him from Golden Predator files. Christman eventually left the department to work for the Yukon Workers’ Compensation Health and Safety Board, the lawsuit says, taking a pay cut in the process. He also alleges he was the victim of a “retaliatory” complaint from the Public Service Commissioner after he started his new position. Golden Predator and Lee-Sheriff, meanwhile, allege that Christman’s conduct at Roundup damaged their reputations and while they emailed Christman inviting him to issue an apology on Jan. 22, 2020, he has yet to do so. Mine securities often ‘problematic,’ analyst says Lewis Rifkind, a mining analyst with the Yukon Conservation Society, told CBC he would be following Christman’s lawsuit closely, describing the overall process of how the government arrives at financial securities for mines as “problematic” and largely opaque. “We’ve always been concerned about the role of Energy, Mines and Resources — are they a promoter of mining or are they a regulator of mining?” he said. “There seems to be an institutional conflict of interest when it comes to promoting and regulating mining by this one department.” Rifkind acknowledged that the claims in Christman’s lawsuit are, at this point, unproven. However, he said that it was “unusual” that the financial security for the Brewery Creek project was exactly $1 million, noting that the figure is typically a less rounded number, and that he would consider even the alleged original assessment of $12 million low. He also said the claim of closed-door meetings at Roundup between senior EMR officials and Golden Predator were concerning, and was curious to see if any allegations of “backroom shenanigans” would be substantiated. “It’s always been a concern that we’ve got the regulators going to these promotional events,” he said. “It’s not right.”