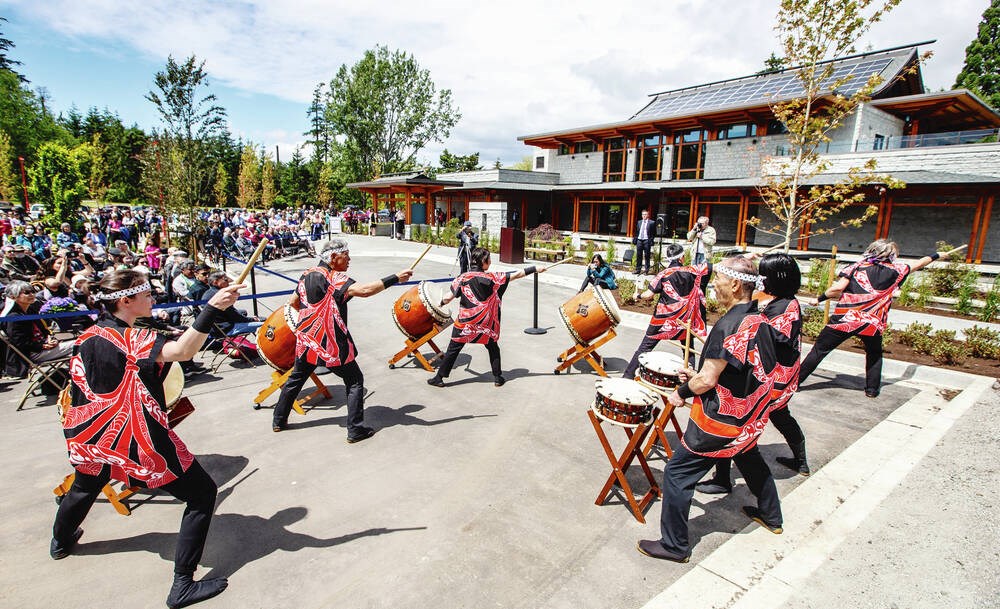 The Takata family operated a Japanese tea house in Gorge Park until late 1941.

The Gorge Park Pavilion in Esquimalt officially opened Saturday, a replacement for a Japanese tea house that was destroyed by vandals during the Second World War.

Several hundred people came out for tours, speeches, and a performance by Uminari Taiko, an Island-based taiko ensemble who promote the art of Japanese drumming.

The Takata family operated a Japanese tea house in Gorge Park until 1941 when they, along with other Canadians of Japanese ancestry, were sent to internment camps during the Second World War.

The design of the new pavilion, at 1070 Tillicum Rd., is influenced by the tea house and Japanese-style architecture.

Esquimalt received money from the Capital Regional District to host the sewage treatment plant at McLoughlin Point. That money was used to build the $10 million two-storey pavilion, which has spaces for weddings, banquets, classrooms, meetings and small conferences.

From ‘frat house’ to family home: A major remodel in Bethesda